Sometimes gift horses manifest themselves in strange ways. For investors interested in Canadian marijuana stocks, the gift horse this time around looks a lot like U.S. Attorney General Jeff Sessions. There’s a good reason why: The gift horse is Jeff Sessions.

On Jan. 4, Sessions sent a one-page memo addressed to all U.S. attorneys. In this memo, he rescinded all previous guidance regarding marijuana enforcement, including policies and memos issued during the Obama administration that instructed federal attorneys that they should largely defer to state and local authorities when it came to prosecuting marijuana-related activities. Sessions’ memo understandably threw the U.S. marijuana industry into a tizzy .

However, the memo also caused stocks of Canadian medical marijuana growers with no operations in the U.S. to plunge. Aphria (NASDAQOTH: APHQF) , Aurora Cannabis (NASDAQOTH: ACBFF) , and Canopy Growth (NASDAQOTH: TWMJF) stocks fell more than 20% in the following days before bouncing back.

One of the biggest losers of all, though, was Cronos Group (NASDAQOTH: PRMCF) , which plummeted nearly 35%. Like the others, Cronos Group is also rebounding. But thanks to Jeff Sessions, this marijuana stock is a much better buy than it was just two weeks ago. 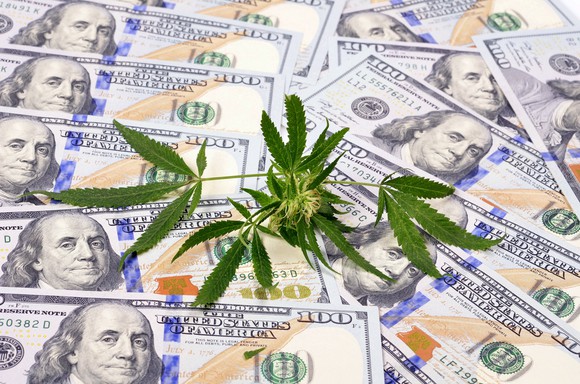 Why did Cronos Group get hit so hard?

Nothing — and I mean nothing — in the Sessions memo should have affected most Canadian marijuana stocks. Sure, Aphria had bought a stake last year in a major supplier of medical marijuana for the Florida market. However, with the Toronto Stock Exchange hinting loudly at potential delisting of companies with businesses that violated U.S. federal marijuana laws, Aphria announced in December 2017 that it would cut its exposure to the U.S. market .

So why did the Canadian marijuana stocks get hammered by the U.S. Attorney General’s memo? Perhaps the best explanation is what’s known as the “sympathy effect.” With this phenomenon, shares of a company fall because of bad news affecting shares of another company in the same industry, even though the bad news doesn’t really affect the first company.

It might sound like a dumb thing to sell off the stock of a company on news that doesn’t affect it. And it is. The market is sometimes quite irrational.

But why did Cronos Group get more “sympathy” than other Canadian marijuana growers? I really don’t know. Cronos doesn’t have U.S. operations, and to my knowledge it hasn’t announced any plans to expand into the United States. It does have a smaller market cap than Aphria, Aurora, and Canopy Growth. However, the theory that Cronos took a bigger hit because it was smaller doesn’t hold water, since at least one Canadian marijuana stock with a smaller market cap — Supreme Cannabis (NASDAQOTH: SPRWF) — fell less than Cronos did. Supreme Cannabis stock also trades at a much higher price-to-sales multiple than Cronos Group does.

So why did Cronos Group stock get hit worse than others? Maybe there were more investors with stakes in the company who were ready to take profits than there were with other stocks. Or it could just be that the market is sometimes quite irrational.

Even if every U.S. attorney read Jeff Sessions’ memo and got all fired up to go after marijuana-related businesses, there would zero impact on Cronos Group. All of the opportunities in front of the company would still be there. And there are lots of opportunities ahead. 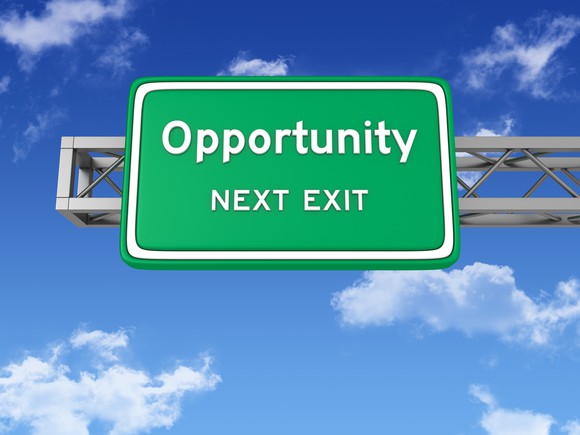 Cronos Group should be well positioned to capture a nice slice of the Canadian recreational marijuana market, whatever size it turns out to be. The company is expanding its capacity by building a 286,000-square-foot indoor production facility, which should be operational by the summer of 2018. Between this facility and a new 28,000-square-foot greenhouse on top of its existing facilities, Cronos Group expects its domestic capacity to reach 40,000 kilograms annually by 2019.

The company is also looking to international markets. Cronos Group formed a strategic joint venture with Kibbutz Gan Shmuel, which currently exports medical marijuana to 35 countries throughout Europe and Asia. It also has an exclusive supply agreement with Pohl-Boskamp to distribute medical marijuana to the German market.

Accept the gift from the gift horse?

If Jeff Sessions is a gift horse for investors interested in Canadian marijuana stocks, Cronos Group appears to be one of the biggest gifts of all. But should you accept the gift and buy the stock?

Know that there are several risks. Some Canadian parliament members would like to delay legalization of recreational marijuana. If they succeed in their efforts, Cronos Group stock (and all other Canadian marijuana stocks) would certainly be hit hard. There’s also the possibility that estimates of the Canadian marijuana market are too optimistic. Even if these estimates are on target, Cronos Group might not gain the market share it hopes to capture.

But if you’re willing to accept these risks, you can probably also accept the gift from the gift horse. And send Jeff Sessions a thank-you note if you do buy the stock at a lower price than you could have gotten it a few weeks ago.

10 stocks we like better than Cronos Group Inc NPV
When investing geniuses David and Tom Gardner have a stock tip, it can pay to listen. After all, the newsletter they have run for over a decade, Motley Fool Stock Advisor , has tripled the market.*

David and Tom just revealed what they believe are the 10 best stocks for investors to buy right now… and Cronos Group Inc NPV wasn’t one of them! That’s right — they think these 10 stocks are even better buys.

Rising mortgage prepayment speeds may be a short-lived phenomenon: KBW

Economy could feel more of a pinch from weak manufacturing: Natixis

How microcredit can help poor countries after natural disasters

Ready for Vacation? Here’s the Best Tech for Trip Planning

As Zimbabweans Struggle For Cash, Even The Country’s Only Bitcoin ATM...

The big market rebound may not come before another scary test...

Why AutoZone Is a Top-Yielding Stock — Without Paying a Dividend!