Netflix shares have gotten pounded over the last three months, plunging into a bear market since the streaming giant reported earnings in July. Ahead of its next quarterly report on Tuesday, some investors say there’s more room to fall.

Gordon, examining a one-year chart of the stock, said the company has had an “unbelievable” run — after all, share prices are still up 75 percent this year — but some technical developments make him wary. A classic “head and shoulders” pattern has developed, with the so-called neckline of the pattern falling right at the stock’s current price right around $338 per share.

“If you break through there, there is no reason that we are going to hold this support level,” he said. 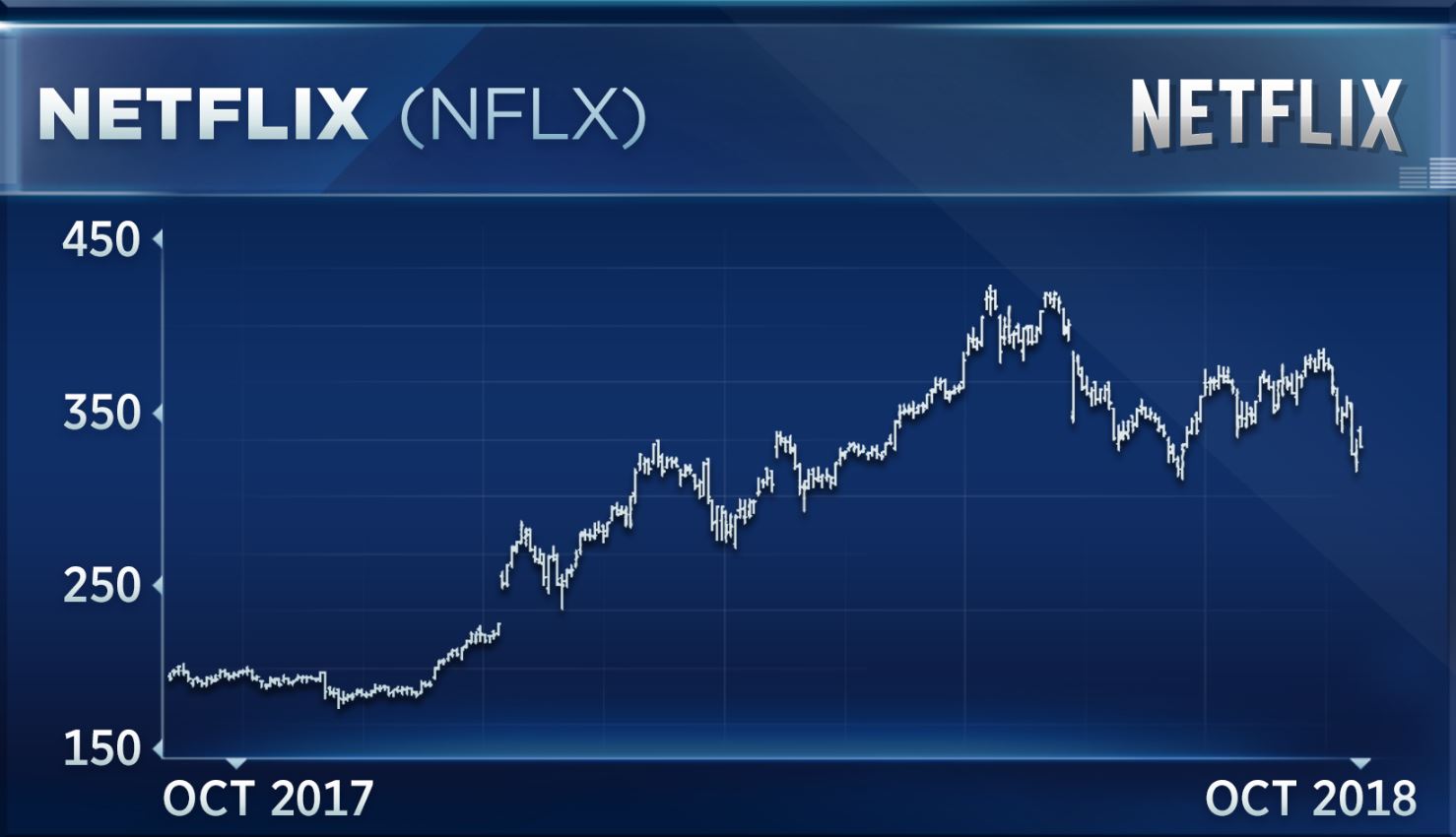 Netflix shares surged nearly 6 percent on Friday, its best day since August, after Citigroup upgraded its rating on the stock to buy from neutral. Citi said the current downturn is a chance to step in and buy, especially with Netflix’s strong fundamental backdrop.

Friday’s bounce followed two days of heavy selling pressure amid a broad market sell-off. The stock lost over 3 percent last week and plummeted beneath its 200-day moving average for the first time in two years (a level it just barely managed to hold above on Friday).

Gina Sanchez, CEO of Chantico Global, is bearish, saying said the valuation is still sky-high and the company is facing increasing competition in the streaming space from Apple and Disney.

“They have a huge valuation to grow into, and I think the market’s going to continue to focus on that subscription growth miss in the U.S. While they are still growing abroad, the problem with that story is that’s lower margin growth. They actually make more money in terms of average revenue per user in the United States,” Sanchez said Friday on “Trading Nation.”

“It seems to me like we’re getting to the end of what was a great run as Netflix established itself, but it’s going to go into maturation, and at this point have to start thinking about those forward multiples,” she added.

Netflix closed higher by 5.8 percent on Friday, at $339.56 per share. It was down nearly 1 percent in Monday’s premarket.

Low-fare flights: When fees are charged for paying with credit card

How to Reset a Bad Work Day

Conforming loan limits go up for 2019 as home prices keep...

Millennials Could be Foregoing Equity Wealth

6 Basic Financial Ratios And What They Reveal