The price of U.S. West Texas Intermediate (WTI) crude oil fell once again on Thursday to hit its ninth consecutive day in the red. In the process, plunging oil prices established a new seven-month low for U.S. crude, placing it at the cusp of bear market territory. Generally defined as a decline of 20% or more from the most recent major peak, entry into a bear market is considered an ominous sign that hints at a negative trend reversal and further potential losses ahead.

Why Crude Is Falling

The sharp dive in oil prices is attributed to the fundamental combination of increasing supply and potentially decreasing demand. On Wednesday, the Energy Information Administration reported a very hefty increase of 5.8 million barrels in U.S. domestic crude oil inventories against expectations for an increase of only around 2 million barrels. The prior six weeks have also seen several other massive increases in inventories. With both domestic and international output consistently on the rise and global demand forecast to decline, the slide in crude oil prices has been no major surprise.

On the chart below, the precipitous fall in oil futures prices is clear. From early October’s nearly four-year high at $76.90, crude first fell into a -10% correction and then dropped below its key 200-day moving average in late October. From there, the losses continued on to more than -20% from the early October peak, as of Thursday.

What May Be Next

The key question now is whether this sizable drop will turn into a full-blown downtrend for oil prices. Of course, these types of major trend changes are always tough to predict, but generally, overproduction and oversupply issues are rarely resolved quickly. As the saying goes, the best cure for low oil prices may be low oil prices. In other words, a falling crude market may simply need to fall further in order to make it less compelling and less profitable for oil producers to continue overproducing. 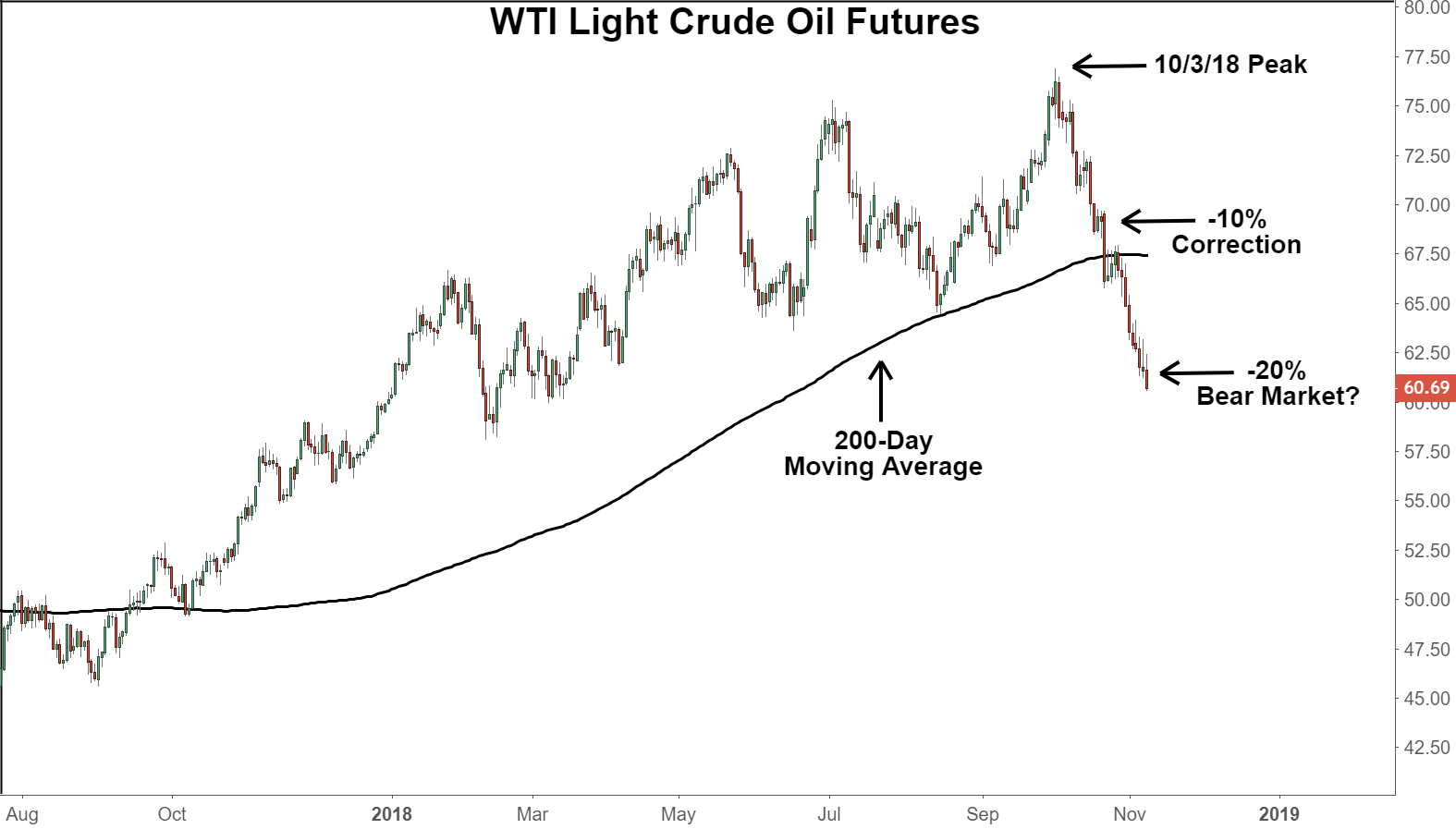 Home equity expands, home equity credit not so much

MBS Day Ahead: Is it Over?

ETF Filed With SEC to Invest in Bitcoin Futures, Bonds, and...

Why Branded ETFs Can Boost Costs and Risk for Investors