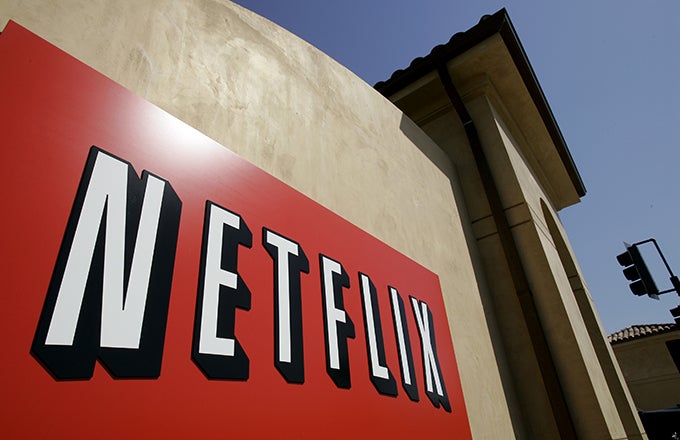 Shares of video streaming service Netflix Inc. (NFLX) are down by 24.9% from their all-time high, set in intraday trading on June 21. Skeptics had warned that the stock had risen too high and too fast, that its business model was questionable, that its future growth prospects were overblown, and thus that its stratospheric valuation was unsustainable. However, one of those skeptical analysts has changed his rating from underperform to buy. Matthew Harrigan of Buckingham Research writes, as quoted by Barron’s, “The Netflix growth flywheel is driven by subscriber growth enabling more programming spending that both attracts even more members and drives increased engagement with more new programming for current customers.”

Source: Buckingham Research as reported by Barron’s; implied gains are from the Nov. 8 close.

In his base case, Harrigan projects 3.5% average annual price increases through 2025, resulting in 2025 revenue that would be 27.2% higher than in 2018, all else equal. However, he expects that Netflix actually can increase its prices at an average annual rate of 5.1% through 2025, given that its current average charge for viewing is only 22 cents per hour. He adds that management may choose to delay some price increases in order to accelerate the growth of its subscriber base, but eventually he sees those price hikes being implemented. Under this assumption, 2025 revenue would be 41.7% higher than 2018 figure, all else equal. Growth in the number of subscribers would, of course, raise revenues even more.

Another revenue-enhancing option for Netflix, Harrigan says, is to charge premium prices for higher resolution, or higher definition, streaming. If Netflix does this, he presumes that they will not create a separate premium service with exclusive programming or which gets new programming earlier than the basic service. Doing so, he says, would cause “resentment” and hamper its marketing efforts for new shows.

Meanwhile, to increase its subscriber base in key emerging markets such as India, Netflix may have to cut prices to attract more price-sensitive prospects. He estimates that about 30% of the new members that Netflix acquires across the globe may have to be lured in by prices that are 40% below its worldwide average, Harrigan estimates. Indeed, Netflix’s pricing power is bound to diminish everywhere as its market share grows, as new competitors arise, or as existing competitor Amazon.com Inc. (AMZN) enhances its own streaming service.

While Netflix beat analysts’ estimates for 3Q 2018 earnings and new subscribers, growth in revenues and profit margins are decelerating, as detailed in another Investopedia story. The company’s formula of funding growth through increased debt has been criticized as unsustainable, especially in a macro environment of rising interest rates. New subscribers are being attracted with new original content, which is expensive to produce, adding to the debt load. The company burned through $2.2 billion of cash in its last 4 quarters, and another $2 billion bond issue is in the works. Skeptics note that, even when subscriber growth slows, retaining existing members will require continued spending on original content, which they have come to expect.

Moreover, even after its recent price decline, Netflix is still very expensive, with a current forward P/E ratio of 75.7, per Yahoo Finance. That valuation presumes significant future growth, and thus exposes the stock to significant downside should upcoming earnings announcements, or management guidance, disappoint investors.

Aston Martin to recall over 5,000 vehicles in U.S.: safety agency

What is a Good Debt Ratio?

Think Before You Lend Your Credit Card To Others