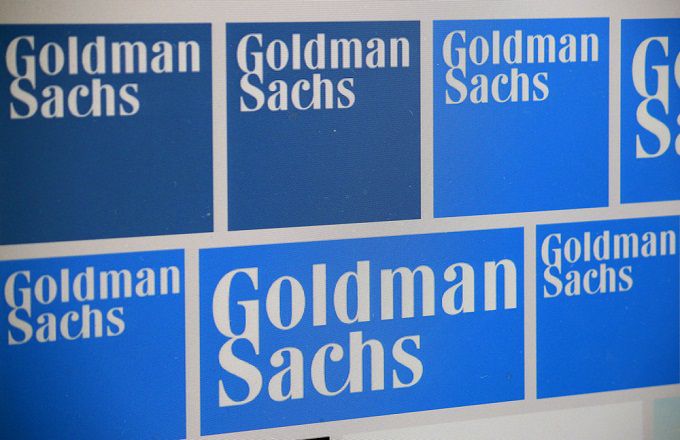 Dow component JPMorgan Chase & Co. (JPM) is trading sharply higher on Friday after a well received earnings report, raising the odds that Goldman stock will follow suit and gain ground after the news. In turn, the uptick could mount five-month resistance near $210, opening the door to the August high at $245. That level also marks the last barrier before the stock reaches and tests 2018’s bull market high at $275.

The company came public at $68 in May 1998 and entered an immediate downtrend that found support at $55.19 in August. It built a basing pattern at that level into October and turned sharply higher, mounting the post-IPO high at $75.25 one month later. The rally continued into September 2000, topping out at $133, ahead of a downturn that continued into a successful test at August 1998 support in October 2002.

A slow but steady uptick reached the 2000 high in 2006, yielding a breakout that posted impressive gains into November 2007’s peak at $251. A modest pullback accelerated during the 2008 economic collapse, dropping the stock to an all-time low at $47.41. It bounced into the $190s in 2009 and stalled out, posting the highest high for the next five years, ahead of a two-legged decline that found support above the bear market low in 2011.

Price action completed a double bottom in 2012, setting the stage for a strong recovery effort that completed a round trip into the 2009 high in the fourth quarter of 2014. A 2015 breakout failed, yielding a downturn that posted a second higher low off the 2008 low in July 2016. Committed buyers then took control, generating a strong uptick that stalled at the 2007 high in 2017. A 2018 buying surge added 25 points before turning tail in a failed breakout that reinforced resistance at $250.

The decline into December 2018 found support at the 10-year trendline of rising lows, marking a potentially significant long-term buying opportunity. It also tagged the 200-month EMA for the first time in its public history, as well as the .786 Fibonacci retracement level of the 2016 into 2018 uptrend. This narrow alignment between diverse technical elements raises the odds that the stock will eventually hit new highs.

The on-balance volume (OBV) accumulation-distribution indicator warns sidelined investors that it will take time for the stock to recover from extensive technical damage incurred in 2018. An accumulation wave into 2017 stalled well below the 2010 high, yielding a lower high when price hit a higher high in March 2018. These bearish divergences presaged a heavy distribution wave that dropped OBV to a two-and-a-half-year low in December. First quarter buying power barely registers on the short-term chart, indicating that institutions are hesitant to reload positions.

A buy-the-news reaction that clears $210 to $212 could attract widespread buying interest, lifting OBV to a 2019 high, but a long-term recovery may need to wait for accumulation to play catch-up with an uptick into the red trendline of lower highs. In the meantime, it makes sense to utilize trailing stops to protect positions, rather than rolling the dice with a buy-and-hold strategy that may get punished during the next downturn.

Disclosure: The author held no positions in the aforementioned securities at the time publication.

US SIF: Investment in SRI grows to $12 trillion in U.S.

Procrastinating on Retirement Savings? Here’s What It Might Cost You