A recovery in global growth, as well as another record year for corporate buybacks should boost earnings and stock prices, driving the the S&P 500 to 3,000 this year, according to J.P. Morgan equity strategists.

The strategists reiterated their call Wednesday for the S&P to reach 3,000 this year, based on a fundamental recovery in global growth and an end to temporary headwinds from such issues as trade. They expect companies to provide a boost for stock prices with their positive forward guidance.

“We expect fundamentals to improve on the back of stronger global growth,” the analysts wrote. 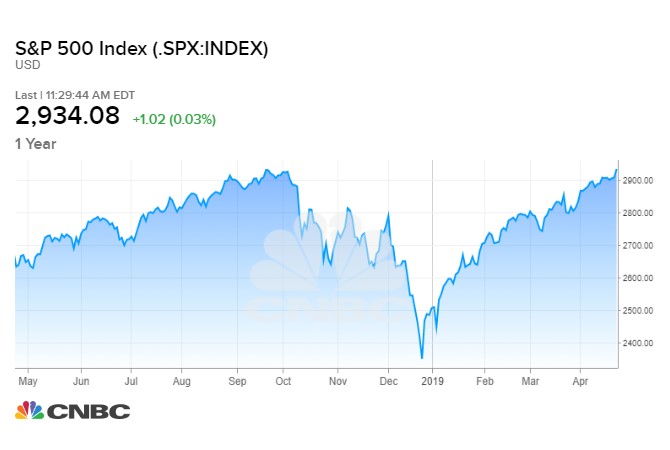 The strategists also believe the outlook for earnings was too pessimistic and they expect the anticipated decline in first quarter profits to turn around by the end of the reporting period, with S&P 500 companies delivering a 4% to 5% earnings surprise and profit growth of 2-3%.

Revenues are growing at an above-trend 5%, which the strategist said is a sign of healthy demand. Temporary factors impacting margins should fade as the year goes on, and recovering global growth and reflationary policies should help.

“As for performance, we expect equities to remain resilient during the reporting season as results should hint at a global growth recovery at a time when investor positioning and sentiment remains relatively low,” the strategists wrote.

Companies are likely to continue to reinvesting in growth opportunities, but the strategists see the bulk of incremental profits gong to stock buybacks. “After a record year for buybacks in 2018, this year should be even higher at ~$850b, which would alone drive EPS growth of ~2%. This view is supported by record buyback announcements YTD of $213b led by Tech ~$46b and Industrials ~$40b,” they noted.

There are also existing buyback authorizations that have not been realized yet of about $700 billion, as of the fourth quarter. Companies also still have excess cash of about $1.5 trillion, excluding financial companies they added. They also expect operating cash flow to be the predominant source for capital return, with debt funded buybacks now at just 14% after having peaked in 2017 at 34%.

“While trade and tariffs remains a headwind for margins, companies are softening the drag by raising prices where possible, idling and shifting production to geographies unaffected by tariffs, and/or passing cost to suppliers. If a trade deal were to materialize, it could be a source of positive revisions (mainly through margins) since this catalyst is mostly not in consensus numbers,” the analysts noted. “Goods producers will increasingly highlight rising commodity prices as a risk; however, we expect the majority of the headwind to be passed down to end users given expanding labor markets and reaccelerating global growth.”

The strategists say they remain overweight cyclical sectors, including technology, consumer discretionary, industirals and energy. They see energy as having the best risk-reward with stock prices de-coupled from oil prices, and positive guidance should help the sector’s earnings momentum.

Mortgage rates rise slightly, but a bigger increase is possible

Football Legend Luís Figo is the Newest Athlete to Promote an...