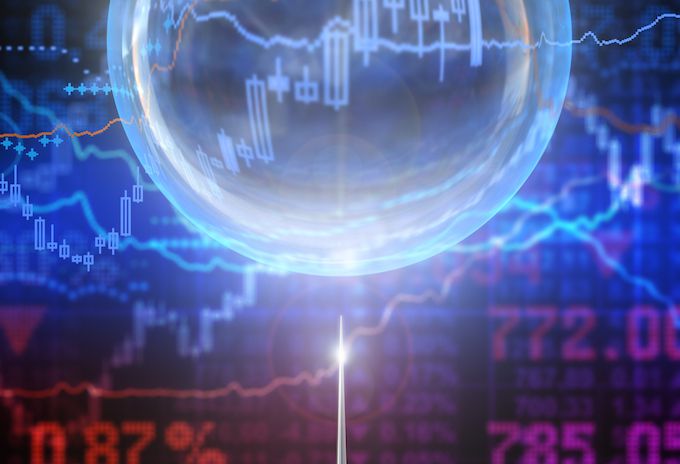 There is a growing concern that record high corporate debt, whose overall quality is deteriorating, represents a dangerous bubble that threatens the bond market, the stock market, and the economy alike. In 2007-09, the unraveling of complex collateralized debt obligations (CDOs), backed by loans and bonds of plummeting quality, was a key catalyst for the financial crisis that unfolded in those years. Today, a particularly complex and risky variety of CDO, the synthetic CDO, is gaining in popularity among investors, and this is setting off alarm bells in some quarters.

“The historically high level of business debt and the recent concentration of debt growth among the riskiest firms could pose a risk to those firms and, potentially, their creditors,” the Federal Reserve warned in a report released on May 6, 2019, as quoted by Bloomberg. “It’s almost beyond belief that the very same people that claimed to be expert risk managers, who almost blew up the world in 2008, are back with the very same products,” as Dennis Kelleher, president and CEO of advocacy group Better Markets, told the Financial Times regarding the renewed popularity of complex financial products such as synthetic CDOs.

The table below summarizes key facts about synthetic CDOs.

While the synthetic CDO market is growing, it is much smaller than a decade ago, the FT notes. Issuers and investors say risks are lower now because today’s synthetic CDOs are backed by corporate debt, not home mortgages, including shaky subprime mortgages, which often was the case in the financial crisis era. The critics point to the growing size and shrinking quality of corporate debt outstanding.

The Federal Reserve indicates that credit standards have fallen since the release of its last financial stability analysis in Nov. 2018, per the May 6 report cited above. They add that loans to highly indebted companies now surpass earlier peaks reached in 2007 and 2014.

A positive today, per the Fed, is that the $1.2 trillion leveraged loan market is much smaller than the mortgage sector was in 2008. On the other hand, they warn that most leveraged loans are packaged into collateralized loan obligations (CLOs) that can deliver “unexpected losses” and which are traded in markets that lack liquidity “even in normal times.”

This may pose a problem for mutual funds with significant holdings of CLOs, should they be hit with a flood of redemption requests from investors. Nonetheless, during the stock market turmoil in Dec. 2018, “mutual funds were able to meet the higher levels of redemptions without severe dislocations to market functioning,” the Fed adds.

The Fed report observes that default rates on corporate debt have been low recently, due to a robust economy. However, should economic growth slow considerably, let alone turn negative in a recession, defaults are bound to escalate, sending shockwaves throughout the debt market.

This is the level of interest rates that could make things...