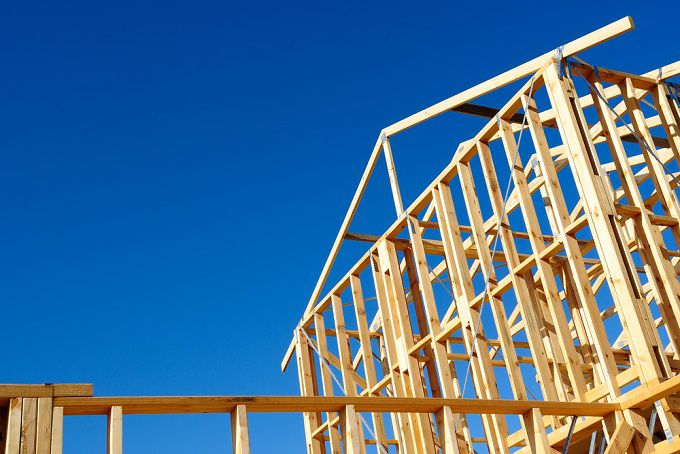 Traders may have used the news that President Trump is considering postponing a 25% tariff on autos for six months as one of the reasons to push the market higher today. This was good news for the manufacturing sector, which may be breathing a little easier without the pressure of increased costs and reciprocal tariffs in export markets.

The tariff theme is, unfortunately, one I will have to address on a near daily basis, but it’s important to look beyond the headlines each day and consider where these themes may have direct effects on individual stocks or groups. For example, although postponing auto tariffs makes sense before Trump makes a state visit to Japan this month, it doesn’t do much for firms with more exposure to the agricultural markets that have been targeted for tariffs by other economies like China.

For example, although soybean prices bounced yesterday, they have faded again today and remain near 2009’s low prices, or approximately 50% off the highs in 2012. Soybean exports are a target for retaliatory tariffs, which has compounded weak international demand. But that volatility affects more than just agricultural firms and farmers.

The damage to the agricultural sector is worsened when we think about the ripple effects on industrial equipment makers like Caterpillar Inc. (CAT) and Deere & Company (DE). As you can see in the chart below, Deere has been declining recently with soy prices after completing a massive bearish MACD divergence on April 30. If soft commodity prices do not recover, the next likely pivot for the stock to find support is near $135 per share.

Although I remain cautiously optimistic about the major stock indexes and the stronger sectors, I think the exercise of identifying (and potentially avoiding) those groups with more direct exposure to the tariff war makes sense. Investors can use that process to think through the relative risks of each position in their portfolio.

The S&P 500 has continued its bounce off support in the 2,820 range today following the news about auto tariffs. From a technical perspective, this is encouraging because it has been mirrored by small caps and other risky sectors.

However, as the threat of a trade war escalation increases, I think traders would benefit from making contingency plans when the S&P 500 reaches the prior highs near 2,940, which was the stopping point for both of the last two major rallies. A channel still provides opportunities to profit, but investors should consider hedging or using option income strategies (like covered calls) if the major indexes pause at their prior highs again.

I worked my way through college in the title insurance business and have kept a close watch on the real estate industry ever since. In my experience, the strength of home sales, mortgage originations and homebuilder sentiment are some of the best leading indicators available.

Although there are plenty of negatives to focus on, the National Association of Home Builders (NAHB) sentiment survey was released today with another positive surprise. I favor sentiment surveys because they are forward looking rather than just reporting production levels in the past. If homebuilders are positive about the future, it helps us better understand what conditions look like right now rather than three months ago.

You can see the NAHB report data in the following chart (blue) versus the SPDR S&P Homebuilders ETF (XHB). The close correlation between homebuilder sentiment and homebuilder stocks makes sense, but the positive implications reach beyond the small group of builders themselves.

For example, if investors are nervous about the heavy debt loads or concentrated exposure to land in the Midwest and Southeast among homebuilders, alternative targets include The Home Depot, Inc. (HD), Lennox International Inc. (LII) or United Technologies Corporation (UTX) that supply appliances, equipment and materials to builders.

A dramatic decline in builder sentiment can be a useful warning of market weakness. Both the 2008 financial crisis and the 2018 bear market were preceded by a sudden drop-off in the outlook for new housing. Inversely, rapid improvement in sentiment was an early signal for outsized positive returns in 2016-2017. At this point, I would suggest that the NAHB report is another piece of evidence we can use in favor of the market – at least in the short term.

I should note that retail sales were also released today, and the news was pretty ugly on a month-over-month basis. Purchases of core retail sales rose a measly 0.1%, which was much less than expected. I wasn’t too surprised considering the extraordinarily positive retail report last month. This looks like a reversion to the mean and nothing to worry about yet – this is an issue I have addressed when we have seen similar fluctuations in the monthly labor report.

However, considering the uncertainty around tariffs and the rising costs of consumer goods, this is an important area to monitor. Walmart Inc. (WMT) will report earnings before the market opens tomorrow, and if its outlook matches the poor retail sales data we got from the U.S. Census Bureau today, then we may have more cause for concern.

How to Become a Master Speaker and Presenter

The stock market’s unusual pattern this week has historically been a...

Could This Really Replace Your Social Security Number?

Ethereum Underperforms Against Bitcoin | What Next for Altcoins?

China’s Taste for Soybeans Is a Weak Spot in Trade War...

Why Warren Buffett Says Brexit Is the Perfect Time to Buy