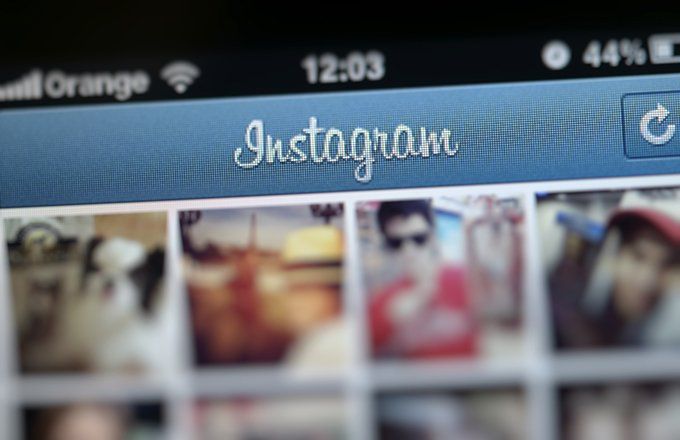 The story of Instagram’s explosive rise reads like a Silicon Valley fairy tale, with the company gaining staggering momentum within a few short months. The app itself took only eight weeks to develop before launching on Apple’s (AAPL) iOS, and within a year and a half Facebook (FB) had acquired company for $1 billion in cash and stock. But like all good tales, the process involved many twists and turns, failures and successes, conflicts and synergies, and a dose of fortuitous happenstance.

In 2009, 27-year-old Stanford University graduate Kevin Systrom was working at Nextstop, a travel recommendations startup. Systrom had previously worked at Google (GOOG) as a corporate development associate and interned at Odeo, the company that evolved into Twitter (TWTR). Nextstop was later acquired by Facebook in July 2010.

Systrom had no formal training in computer science, but while working at Nextstop, he learned to code at nights and on weekends, and he built an HTML5 prototype called Burbn, inspired by his taste for fine whiskeys and bourbons. Burbn was a multi-faceted app that allowed users to check in, post plans and share photos. Although at the time location-based check-in apps were all the rage, photo sharing was the most popular feature.

A crucial turning point came in March 2010 when Systrom attended a party for Hunch, a startup based in Silicon Valley. At the party, Systrom met two venture capitalists from Baseline Ventures and Andreessen Horowitz. He showed them the prototype, and they decided to meet for coffee to discuss it further. After their first meeting, he took the jump, deciding to quit his job and focus on Burbn, and within only two weeks, he managed to raise $500,000 in seed funding from both Baseline Ventures and Andreessen Horowitz.

The funding allowed Systrom to start building a team, and the first to join the eventual Instagram co-founder was Brazilian-born 25-year-old Mike Krieger. Also a Stanford graduate, Krieger had previously worked as an engineer and user-experience designer at social-media platform Meebo. The two knew each other from their time at Stanford and would later occasionally run into each other at San Francisco coffee shops.

After Krieger joined, the two reassessed Burbn and decided to focus primarily on one thing – mobile photos. They carefully studied leading apps in the photography category. The Hipstamatic app stood out because it was popular and had interesting features such as filters to add to photos. But it lacked social capabilities, and the young entrepreneurs saw potential in building an app that bridged Hipstamatic and Facebook with its social elements. Systrom and Krieger made the difficult but critical decision of taking a step backward by stripping Burbn down to its photo, comment and like capabilities. At that time, they renamed the app Instagram, combining the words instant and telegram. With their UX skills, they worked tirelessly to improve the photo-sharing experience. They had a minimalist focus, requiring as few actions as possible from the user. After eight weeks of fine-tuning the app, they gave it to friends to beta test, fixed bugs and brought it to launch.

Launch of the iOS App

Instagram was launched on Oct. 6, 2010, and on that day, it became the top free photo-sharing app, racking up 25,000 users. In a post on Quora Systrom described the remarkable speed with which the app became popular;

“First off, we have to say that we never expected the overwhelming response that we’ve seen. We went from literally a handful of users to the #1 free photography app in a matter of hours.”

At the end of the first week, Instagram had been downloaded 100,000 times, and by mid-December, the number of users had reached one million. The timing of the app’s release was excellent because the iPhone 4 with its improved camera had launched just a few months earlier in June 2010.

With Instagram’s rapid rise in users, investors became increasingly interested, and in January 2011, the company began to meet with interested parties. In February 2011, Instagram raised $7 million in Series A funding from a variety of investors, including Benchmark Capital, which valued the company at around $25 million. In addition to institutional investors, the company attracted the attention of the leading companies in social media, garnering interest from Jack Dorsey at Twitter and Mark Zuckerberg at Facebook.

Instagram was not only minimalist in its approach to the app, but also to the company itself. New financing gave Systrom and Krieger the opportunity to hire more people, but the founders kept the company very lean with barely a dozen employees.

Systrom knew Dorsey from his time as an intern at Odeo, and Dorsey had a strong interest in the company. After Dorsey returned to Twitter as executive chairman in March 2011, he pursued the idea of acquiring Instagram, and Twitter reportedly made a formal offer of around $500 million in stock. Nevertheless, Systrom declined, preferring that Instagram remain an independent company.

By March 2012, the app’s user base had swelled to 27 million. In April, Instagram was released for Android phones and was downloaded more than one million times in less than one day. At the time, the company was also close to receiving a new round of funding at a sky-high valuation of $500 million. Systrom and Facebook founder Mark Zuckerberg had been acquainted from events held at Stanford, and the two had been in communication during Instagram’s rapid rise. In April 2012, Facebook made an offer to purchase Instagram for about $1 billion in cash and stock, with the key provision that the company would remain independently managed. Shortly thereafter and just prior to its initial public offering, Facebook acquired the company for the landmark sum of $1 billion in cash and stock. (For more, see: Facebook’s Most Important Acquisitions.)

Instagram hit a bump in the road in December 2012 when it updated its terms of service, granting itself the right to sell users’ photos to third parties without notification or compensation. The move drew immediate criticism from privacy advocates and users, and many retaliated by moving to competing photo-sharing apps. Instagram reacted quickly and retracted the controversial terms. (For more see: How Much Money Could Instagram Make Off Your Photos?)

While user growth has continued to balloon since the Facebook acquisition, Instagram has made few changes to the app, sticking to its simple and intuitive user experience and core focus on photo sharing. And despite the high price tag, the company appears to have been a savvy investment on the part of Mark Zuckerberg and Facebook. Instagram users have increased to 400 million since the app’s launch in 2010, surpassing social-media giant Twitter, founded in 2006, which lags with about 300 million users. (For more see: Twitter Vs. Facebook Vs. Instagram: Who Is the Target Audience?)

What Beta Means When Considering a Stock’s Risk

How to Buy Bitcoin

The Ivanka Trump label repositions at home and soars in Asia