The largest companies on Wall Street could be in position to lead the stock market to new heights, CNBC’s Jim Cramer said Tuesday.

The two indexes are both less than 1% off their all-time closing high set in July, according to FactSet.

“The charts, as interpreted by Dan Fitzpatrick, suggest that Apple and Microsoft could both be ready to roar, potentially giving this market the leadership that it deserves,” Cramer said.

“If these two tech titans can break out to the upside here, Fitzpatrick thinks they’ll pull the whole Dow higher,” Cramer added, “and after looking at the charts, he likes the odds of a breakout.” 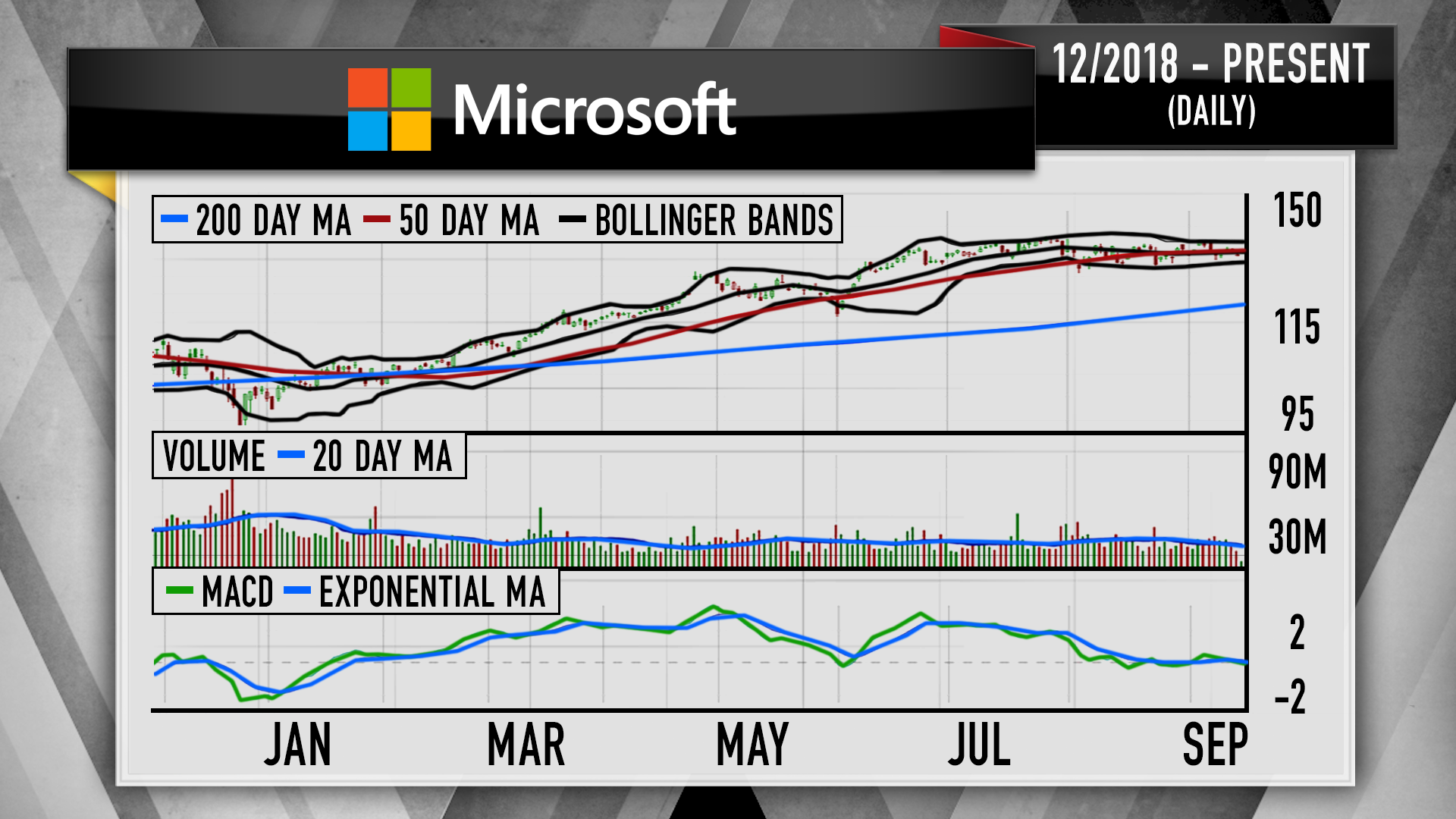 Looking at the daily chart of Microsoft, the stock has traded in a tight range between the low $130s and low $140s the past three months. The 50-day moving average, which is used to forecast stock trends, “has been drifting sideways” while a momentum indicator called the Moving Average Convergence Divergence is showing “no trend whatsoever,” Cramer said.

Shares of Microsoft also traded on lower-than-average volume last month, which Fitzpatrick thinks is a good sign, Cramer said, and another volatility gauge is showing that a big move could be ahead.

Fitzpatrick is the founder of Stock Market Mentor and is a colleague of Cramer’s at RealMoney.com.

“When a stock is in consolidation, low volume means that big institutions aren’t really selling the stock in any sort of quantity, they’re just doing a bit of profit-taking,” the host said. “Microsoft’s got a ceiling of resistance at $140, up roughly three bucks from where it’s trading today. If it can burst through that ceiling, Fitzpatrick thinks it could have a lot more upside.” 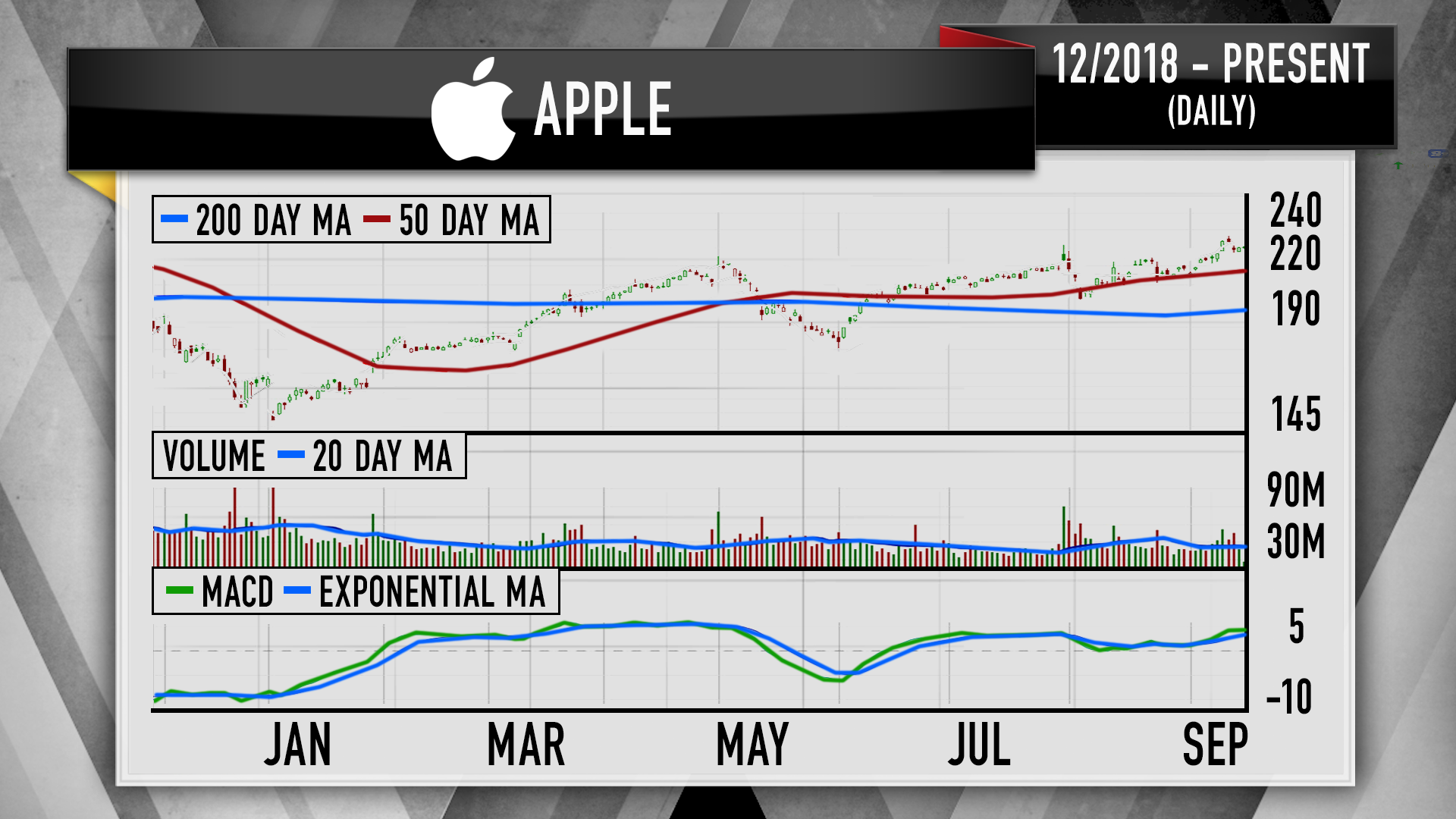 Turning to Apple’s daily chart, Cramer pointed out a similar trading trend with an increasing floor of support. This stock, however, has climbed above its ceiling of resistance of $217 and has made higher highs and higher lows, a key pattern that technicians look for, he said.

Apple’s stock is also trading up on higher-than-average volume, which is a bullish sign, he added.

“Fitzpatrick recommends sticking with this one as long as the stock remains above its 50-day moving average, currently down about 6% from here,” Cramer said. “As for me, you know my view: Own Apple, don’t trade it.”

Apple and Microsoft are two of three companies to have surpassed the $1 trillion mark in market capitalization. As of Tuesday’s close, Apple is worth more than $997 billion and Microsoft is valued more than $1.04 trillion, according to FactSet.

WATCH: Cramer takes a look at the chart action in Apple and Microsoft

Ethereum Price Weekly Analysis: ETH/USD Could Bounce Back To $220

Surcharges grow more common, even in states where they’re banned

U.K. MPs urge fossil-fuel divestment in their own pension fund

The energy industry will likely emerge from any trade war with...

Art Cashin’s 2017 predictions were pretty on the money