In the day just passed, bonds initially tried to erase the weakness seen in Monday’s session.  They were largely successful in the morning hours, but began to slide in the afternoon.  Although trade-related headlines drew the biggest response in terms of volume, most of the focus was on an afternoon speech from Fed Chair Powell, who made balance sheet expansion seem like an imminent decision.

To some, “balance sheet expansion” sounds like QE4, but don’t be fooled.  The was talking about “adequate levels of reserves” all the way back in March 2019 when it phased in its balance sheet normalization principles.  Powell also specifically mentioned the Treasury bill market as being a potential target for expansion–a fact that helped shorter-term bonds rally while longer-term yields moved higher.  Perhaps more importantly for our purposes, most of the drama associated with trading the Fed’s potential future balance sheet strategy is reserved for Treasuries.  MBS didn’t seem to care nearly as much.

In the day ahead, the bond market would normally be looking toward today’s FOMC Minutes with a higher degree of focus.  After all, the late September meeting didn’t offer any major verbiage changes, and we know they have a lot on their minds with respect to policy uncertainty and funding market issues (the “repo rate drama”).  But yesterday’s Powell speech did so much to dig into those topics that it will be hard for the Minutes to offer too many surprises.

Before that, the 10yr Treasury auction will hit at 1pm (or 1:01:30pm to be more precise).  This one has more potential to cause a reaction compared to yesterday’s 3yr auction.  That said, a reaction to an auction is never a guarantee.  If bonds rally, the 1.51% technical level continues looking like an important floor, while any meaningful selling pressure would place the focus on the 1.59 area at first, with 1.62 being a more significant pivot point overhead. 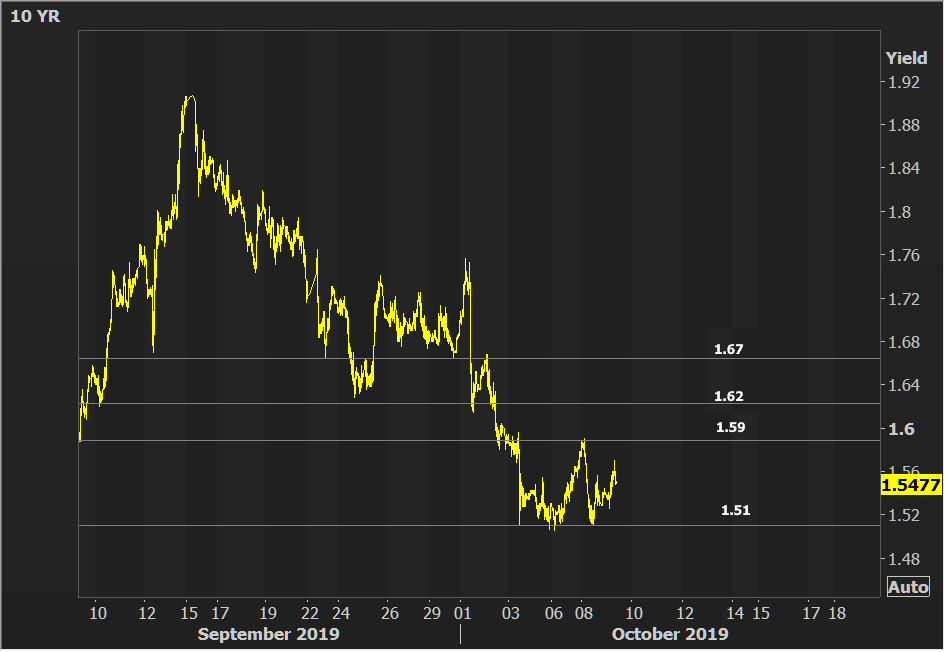 With the Conventional 30yr Fixed MBS coupon settlement behind us and Treasury tradeflows up for debate (and MBS underperformance stretched to the recent limit), the mortgage market is in a position to outperform today, and it’s gotten an early start.  That should continue unless the FOMC Minutes hold some positive surprise for the long-end of the yield curve (not highly likely) or the 10yr auction highlights an unexpectedly high amount of damage waiting in the wings (only slightly less unlikely).

Is Argentina a Socialist Country?

Cooling Off in the City and the Suburbs

Five of the Most Important Use Cases for Cryptocurrency

New Tax Rules May Have Added to Housing Slowdown