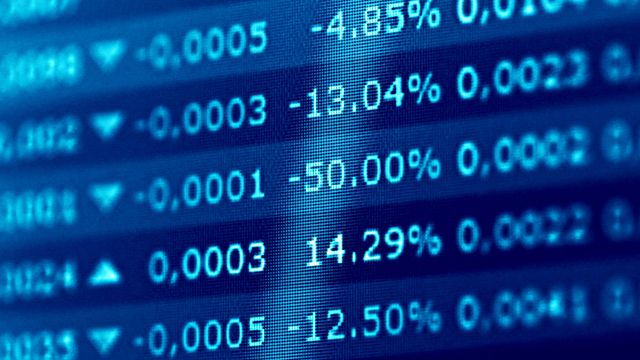 Given that changes in governmental policy and the occurrences of geopolitical events are not listed on any reliable calendar, the only thing we can really examine is economic data. It can be just as unpredictable as the other two, but we can be reasonably sure of two things: when the data will be made public and which releases might move equity markets if it varies from analyst expectations.

Different economic reports take on different levels of importance depending on the economic context of the time. The one exception is the Bureau of Labor Statistics’ (BLS) monthly Non-farm payrolls and unemployment report. If there was a Michael Jordan of economic reports (in other words, undisputed King. Sorry, LeBron) this would be it. Are there others that matter within the current economic environment? The answer to that question starts with a description of the environment.

An even more precipitous decline has taken place in The Institute of Supply Management (ISM) Manufacturing Purchasing Managers Index (PMI). ISM’s PMI data is an index compiled from monthly replies to questions asked of purchasing and supply executives in over 400 industrial companies. A reading above 50 implies expansion and a reading below 50 implies contraction. Since reaching 60.8 on the September 2018 release, it has now fallen into contraction territory at 49.1 as of the March 2019 release.

Despite these signs of slowing however, the U.S. consumer has remained strong. The Consumer Price Index (CPI) has retreated to 1.7% year over year, but still remains near the Fed’s target of 2% while retail sales have rebounded from -1.6% in February of 2019 to post 7 of 8 positive numbers including a +1.7% in April 2018.

The steady consumer data has done much to stabilize the outlook for the U.S. economy but have not moved markets or volatility much at all. The lowest CPI print of this year released on March 3 resulted in 0.29% gain in the S&P 500, and the largest on May 10 produced a gain of 0.53%. While these 2 releases were at extremes, they were only .01% off market expectations.

The same can be said for two recent extreme days for retail sales. The negative outlier released on February 14 of this year produced a drop of 0.29% in the S&P 500 and the positive outlier from May of this year, a 0.33% gain. It’s important to note that both retail sales releases were far off from analysts’ expectations.

There is one consumer data point, however, that is at the very least associated with larger moves and that is the Conference Board’s Consumer Confidence measure. The large swings this year have been a low reading of 121.7 in January that resulted in a +0.24% move in the S&P 500, a bounce back to 135.8 in July that dropped the market by -0.90%, back down to a 125.1 level on September 24 that was part of a 0.96% drop in the index. It seems the consumer confidence may contribute more to market moves than other consumer data.

The conclusion to be drawn here is during the current climate, consumer led economic data matters more for how it affects Fed decisions on interest rates rather than directly affecting the market. The economy is slowing for reasons the Fed cannot control, but they can affect the lives of consumers and if the U.S is going to stay out of recession, the consumer has to stay strong and that starts with consumer confidence.

86% of ICO Tokens Worth Less than at First Crypto Exchange...

Amgen estimates its U.S. tax bill at over $6 billion as...

Can Freddie Mac’s embrace of AI pull the industry along?

RE/MAX has a new real estate search website. The problem? It...

How are commodity spot prices different than futures prices?

Negative-yield bonds still have appeal; $1.3 trillion due in 2019