Chip giant Intel (NASDAQ: INTC) is the dominant player in the market for processors that go into the server market. This includes processors for traditional enterprise servers as well as for chips that go into cloud servers.

That dominance has been highly lucrative for the company, as its data center group (DCG), which generates most of its revenue from sales of such server processors, generated more than $17 billion in revenue and about $7.5 billion in operating income.

While Intel is still the dominant player in this market and is likely to continue to be so in the years ahead, the general manager of DCG, Navin Shenoy, admitted several months back at the launch of the company’s new Xeon Scalable processors that there may be “gaps” in the company’s server processor portfolio that need filling.

“One of the main things … as I’ve come in over the last 45 days, is assessing the [product] road map and ensuring that we have a very aggressive road map as we look out over the next three or four years,” Shenoy said.

It’s worth noting that Shenoy took over DCG in late May, after the former head of DCG, Diane Bryant, left for what was supposed to be a temporary leave of absence . However, Intel announced late last month that she won’t be coming back. 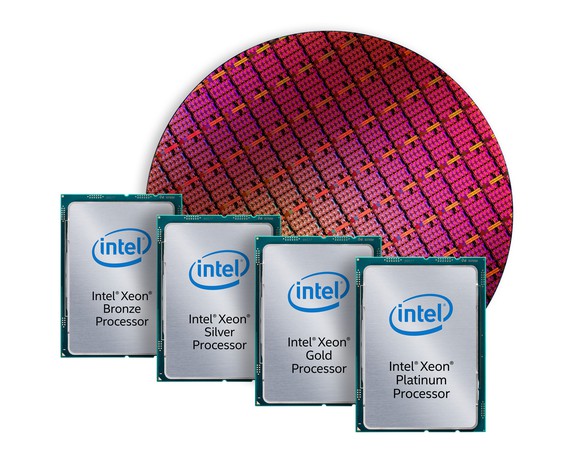 Shenoy said his aim in going over, and possibly adjusting, the company’s product roadmap is that he wants to make sure Intel has products targeted at a “broad range of workloads,” including traditional enterprise server, cloud computing, networking, and artificial intelligence uses.

“As I look at that and what our competitor road maps look like, I feel very comfortable about [Intel’s] position,” the executive added.

After this, though, Shenoy said that “where, perhaps, there’s gaps in our road map, we’re going to invest to close those gaps.”

That’s not the sort of thing a company executive says, particularly at a major product launch, unless those gaps truly exist and the company has both identified them and is working to close them.

What sorts of gaps exist?

Shenoy didn’t go over specifics, but I think there are several obvious gaps to discuss.

First, Intel seems to have been caught flat-footed when it comes to certain machine learning workloads . Such workloads tend to come in two flavors: inference and training. Intel’s general-purpose Xeon processors — the bread and butter of DCG — are well suited for inference workloads, but they’re handily outclassed by processors such as NVIDIA ‘s (NASDAQ: NVDA) highly parallel graphics processing units for training workloads.

I think Intel will need to increasingly build specific processors targeted at key workloads rather than trying to build a single server architecture to target the bulk of the market. This will require additional investment, but the potential return on that investment — defending billions of dollars’ worth of server processor revenue — will be more than worth it.

10 stocks we like better than Intel
When investing geniuses David and Tom Gardner have a stock tip, it can pay to listen. After all, the newsletter they have run for over a decade, Motley Fool Stock Advisor , has tripled the market.*

David and Tom just revealed what they believe are the 10 best stocks for investors to buy right now… and Intel wasn’t one of them! That’s right — they think these 10 stocks are even better buys.

5 reasons why every real estate agent should embrace podcasting

How to Overhaul Your Career: Learn to Disrupt Yourself

5 Things to Know About Health Insurance If You’re Planning for...

The big debate on Wall Street right now is whether to...