Shares of DJ Basin -focused driller Bill Barrett Corporation (NYSE: BBG) got pummeled this week, plunging more than 19% after the company announced a merger agreement and a stock sale . However, these moves will strengthen its position in the promising DJ Basin and its balance sheet, which should enable it to drill high-return wells and grow production even if oil remains low. That returns-driven growth positions it for success in the coming years, which is why oil investors might want to think about scooping up shares after this week’s drubbing.

Drilling down into what pulled the stock down this week

On Tuesday Bill Barrett Corporation unveiled a series of moves that sent shares tanking. The headliner was the announcement of a strategic business combination with private-equity-backed Fifth Creek Energy. Under the terms of the $649 million deal, Bill Barrett investors will exchange their stock on a 1-for-1 basis for shares of a newly formed holding company, and Fifth Creek’s owner will receive 100 million shares of the new company.

In addition, Bill Barrett agreed to exchange newly issued shares for $50 million of its 7% notes due in 2022. It also completed the sale of another 21 million shares, raising $102 million in cash, which it plans to use to drill more wells. Those newly minted shares significantly dilute the value of existing investors’ holdings — Bill Barrett had roughly 75 million shares outstanding at the end of last quarter — which is why the stock got walloped this week.

That said, the combined company promises to be a much stronger entity. For starters, it will hold a large-scale acreage position in the core of the oil-rich DJ Basin. The company will have decades of drilling inventory, including an estimated 2,865 undeveloped locations that can earn an average return of 65% at current oil prices . Meanwhile, it will sport a significantly improved balance sheet since Fifth Creek has minimal debt and Bill Barrett’s debt level will be 62% below end-of-2015 levels, as a result of the debt exchange and stock offering. That sets the combined company up to excel in the coming years. 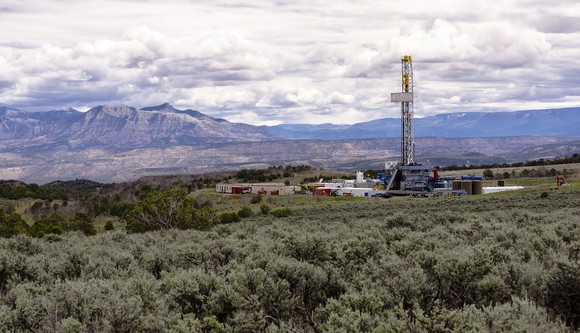 The company’s increased focus on the DJ Basin of northern Colorado and southern Wyoming is worth noting. While it isn’t as widely known as the Eagle Ford shale and the Permian Basin , it is quietly developing into an excellent location for oil companies that control land in the heart of the play. One of those companies is shale giant EOG Resources (NYSE: EOG) . It currently holds about 81,000 net acres in Laramie County, Wyoming. EOG’s land is just to the northwest of Fifth Creek’s property in Weld County, Colorado, and some of Bill Barrett’s legacy acreage in Laramie County. That position is turning out to be a prime spot for EOG Resources, which has identified 200 drilling locations that can earn it a premium return of at least 30%, after tax, at $40 oil. While that’s a much-smaller inventory than the company’s assets in the Eagle Ford and Permian Basin, the returns are lucrative enough that EOG continues allocating capital to the region to keep drilling.

Meanwhile, SandRidge Energy (NYSE: SD) recently made an offer to acquire Bonanza Creek Energy (NYSE: BCEI) , which owns land directly adjacent to Bill Barrett’s acreage in the southern part of Weld County. While SandRidge controls property in Colorado, it’s farther to the west, so Bonanza Creek doesn’t offer quite as good a strategic fit as Fifth Creek does for Bill Barrett (which is why several well-known investors oppose that deal ). That said, both positions can deliver drilling returns above 40% at current oil prices, which shows just how promising this region is for oil companies.

Returns are the primary motivator behind Bill Barrett’s decision to combine with Fifth Creek, since its land can earn an average return of 80% at current oil prices. Bill Barrett anticipates that the combined company can grow production at a healthy rate next year and in 2019 while living within its current means.

A hidden gem in the oil patch

Bill Barrett’s strategic combination with Fifth Creek and initiatives to improve its balance sheet position the company for success in the coming years. The company now controls a much-bigger portion of the high-return DJ Basin, which should fuel healthy production and cash flow growth even if oil prices remain low. Meanwhile, it has significant upside to higher oil prices since its returns and cash flow would accelerate. That’s a compelling combination for oil bulls to consider, especially in light of this week’s sell-off.

10 stocks we like better than Bill Barrett
When investing geniuses David and Tom Gardner have a stock tip, it can pay to listen. After all, the newsletter they have run for over a decade, Motley Fool Stock Advisor , has tripled the market.*

David and Tom just revealed what they believe are the 10 best stocks for investors to buy right now… and Bill Barrett wasn’t one of them! That’s right — they think these 10 stocks are even better buys.

Things Will Only Get Better for Cryptocurrencies

Tesla’s stock is up for one simple reason