A key decision that most American retirees need to make is when to start collecting Social Security benefits. You can begin receiving this income as early as age 62 and as late as age 70, and most people commonly take their benefits earlier rather than later.

But what should you do? What’s the best age for you to start this valuable income stream? The decision will be different for everyone, but there’s a good case to be made for filing for Social Security on time — at your full retirement age.

Your full retirement age will depend on your birth year:

For starters, don’t assume that you can work a relatively long time and then enjoy a long retirement. Very few of us have any idea how long we’ll live. Retiring sooner rather than later should give you more years of retirement to enjoy.

Also, the younger you are when you retire, the more active you can be in retirement. If you want to do a lot of biking or plant a big garden or wander through Europe’s grand old cities, it will be easier to do that when you’re 67 than when you’re 77. Early retirees often can enjoy their money more, being younger, healthier, and more able to travel, enjoy recreation, and so on.

Not everyone can afford to retire early, but if you can, consider doing so.

If your calculations show that you can’t afford to retire early, you might still end up doing so, for reasons beyond your control, such as a health setback or perhaps a job loss. If that happens, Social Security income will be very helpful, and you may want or need to start collecting at your full retirement age — or sooner, such as age 62.

Whether you retire on time or early, though, you’ll want to be as financially prepared as possible. Most Americans seem to be far from prepared: According to the 2017 Retirement Confidence Survey, about two-thirds of workers surveyed (as opposed to retirees) said they had less than $100,000 saved for retirement (not including pension or home values). Just about a full quarter of them had saved less than $1,000. Here’s the breakdown:

No matter where you fall in that table, you can improve your situation dramatically, if you have a few more years in which to save and invest. The table below will show you how much more you might amass over several relatively brief time periods if you save aggressively and your money grows by an annual average of 8%:

Take some time to figure out how much money you’ll need in retirement — and how you will amass that sum. As you factor in Social Security income, know that the average monthly retirement benefit was recently $1,375, which amounts to $16,500 per year. If your earnings have been above average, though, you’ll collect more than that — up to the maximum monthly Social Security benefit for those retiring at their full retirement age, which was recently $2,687. (That’s about $32,000 for the whole year.) 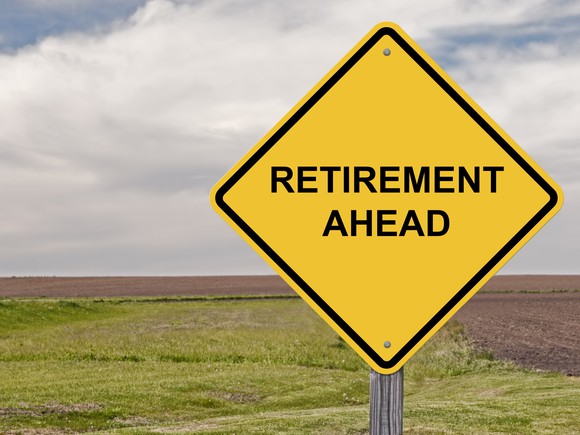 3. Waiting may not be worth it

Finally, here’s a great reason to start collecting Social Security benefits on time — if not even earlier: Waiting may not be worth it.

You probably know that the longer you delay starting to collect your benefits, the bigger the checks will be. That’s very true. Specifically, for every year beyond your full retirement age that you delay, up to age 70, your benefits will increase in value by about 8%. Delay from 67 to 70, and you can make your checks 24% bigger. If you would have started collecting $2,000 per month ($24,000 per year) at 67, you can instead start with $2,480 per month (or nearly $30,000 annually). That can make delaying seem like the smartest thing to do, but for many people, it’s not.

The Social Security Administration has explained that, “If you live to the average life expectancy for someone your age, you will receive about the same amount in lifetime benefits no matter whether you choose to start receiving benefits at age 62, full retirement age, age 70 or any age in between.” Remember, after all, that if you delay starting to collect from age 67 to age 70, you will miss out on three years’ worth of payments, albeit smaller ones — that’s 36 payments.

Delaying starting to collect can make sense in some cases, of course. For example, if you’re quite happy continuing to work and want to keep doing so, go right ahead. If your family members tend to live very long lives and you stand a good chance of doing so, too, then collecting bigger checks for a longer-than-average time can be worth it.

For most of us, though, starting to collect those checks on time — or, if we can swing it, even earlier — is a move that can serve us well.

The 5 cities it’s cheapest to fly to each January

Is the X-Factor a Combination of Factors?

Is This the Best Cybersecurity Stock?