Let’s face it, no one enjoys preparing their taxes or complying with federal and state tax code each and every year. It’s not hard to see why, either. The federal tax code was nearing 10.1 million words in length as of 2015, and it’s gained an average of 144,500 words per year since 1955. If not for the assistance of tax software and tax professionals, preparing your taxes might otherwise take a really long time.

Nevertheless, we pay our taxes and are mindful of compliance because we know it keeps the lights on for the federal, state, and local governments. It also allows for jobs to be created and infrastructure to be built and maintained.

But in 2018, a few of those state governments will be requesting more from their residents . If you live in one of the following six states, now might be the time to prepare for a higher tax liability in the upcoming year.

The Aloha State is one of three states in 2018 that’ll be passing along income tax increases to its residents. While Hawaii’s will be the largest nominal increase by far, it’ll also affect the smallest percentage of the population.

Beginning next year, the state will reintroduce a peak marginal income tax rate of 11%, up from 8.25%, on all income over $200,000 for single filers. This peak rate was instituted in 2009 as a temporary tax increase, but it expired in December 2015. The state decided to reinstitute this peak rate once again, with the expectation that it’ll bring in about $51 million in extra revenue in 2018.

What’ll be worth closely monitoring is if this tax hike negatively impacts hiring in Hawaii. A number of pass-through business owners are taxed at the individual tax rate, and small businesses accounted for more than 96% of Hawaii’s employers as recently as 2013.  Even though not all small businesses are pass-through entities, there could be an adverse knee-jerk reaction from this tax hike. 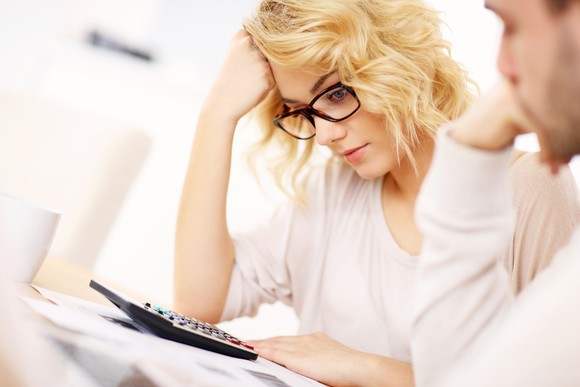 In terms of sweeping (and confusing) income tax reforms, Illinois just might take the cake among the three states set to increase income taxes in 2018.

Things will be a bit tougher for the well-to-do. Single filers making more than $250,000 in AGI, and couples filing jointly earning more than $500,000 in AGI, are losing their personal exemptions, the Illinois property tax credit, and credits related to paying private school tuition for elementary and high school, as noted by the Chicago Tribune . 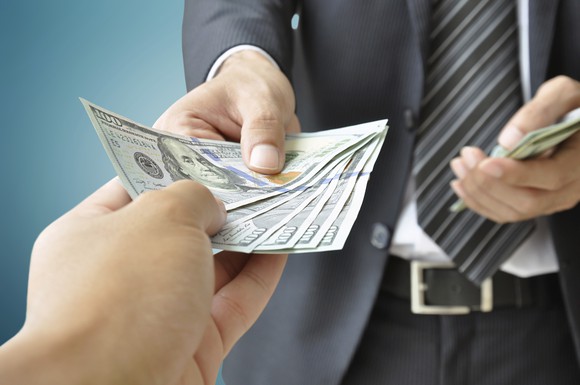 Still, Kansans are paying a lower income tax rate than they did between 1992 and 2012, and they’ll see a handful of reinstated deductions, including the child care deduction, which returns in 2018. 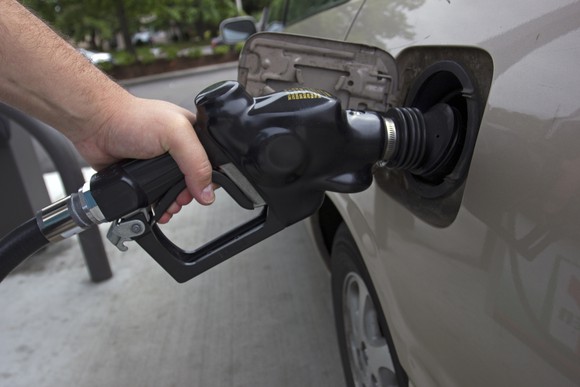 By all means, get your motor running in Tennessee. Image source: Getty Images.

Get your motor running, because Tennessee is planning to take a little bit more out of your wallet each time you fill your vehicle up with gas. For the first time since 1989, the Volunteer State has increased its gas tax to fund roadwork and slash other taxes within the state.

And just in case you think you’re exempt because you drive an electric vehicle (EV), the IMPROVE Act establishes a new annual fee of $100 for EVs. 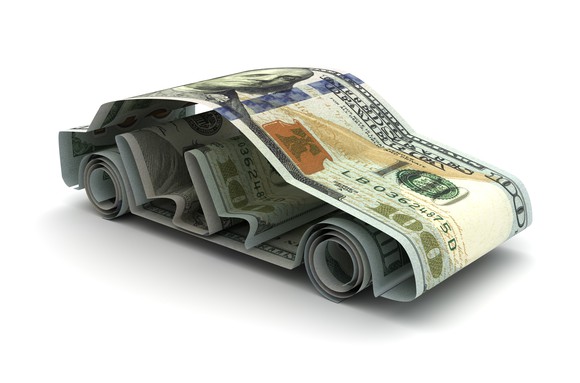 In May, South Carolina Gov. Henry McMaster (R-S.C.) vetoed the Infrastructure and Economic Development Reform Act (IEDRA), which was designed to raise $640 million in annual revenue primarily through a gas tax increase. However, the state’s legislature, by a vote of 32-to-12, overrode that veto and moved this bill into law.

However, residents of the Palmetto State shouldn’t be weeping too much, seeing as how their gas tax of $0.1675 per gallon is the second-lowest in the country, behind Alaska. Nonetheless, the now-passed bill allows South Carolina to increase its per-gallon gas tax by $0.02 annually, beginning in July 2017 and continuing through July 2022. That means residents can expect a mid-year $0.02 hike on a per-gallon basis in 2018, and will be paying $0.2875 per gallon by July 2022.

Additionally, biennial vehicle registration fees for folks under the age of 65 jumped from $24 to $40, and the maximum sales tax per motor vehicle sale increases from $300 to 5% of the purchase price (capped at $500) with the passage of the IEDRA. 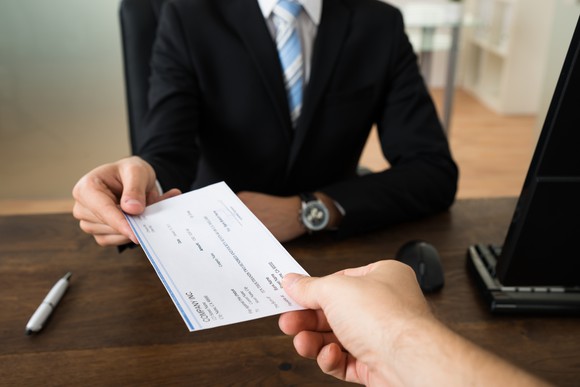 Oregon could take a bite out of your 2018 paycheck. Image source: Getty Images.

But the smorgasbord of tax increases for 2018 goes to Oregon. The passage of House Bill 2017 is expected to generate $5.3 billion via taxes and fees to tackle highway and bridge improvements and to reduce congestion on major highways over the next 10 years. It’ll lift taxes and fees in a variety of ways.

For starters, Oregon is tacking on $0.04 per gallon to its motor fuel tax, pushing it to $0.34 a gallon from $0.30. The state has the option of adding $0.02 per gallon in 2019 and beyond, but additional hikes will depend on the results of state-agency studies.

Second, Oregon is hitting residents, along with nonresidents performing services in Oregon, with a 0.1% payroll tax increase. If employers fail to deduct and withhold the tax, the employer will be on the hook for the tax (and possibly penalties, if not paid).

Third, Oregon is introducing the nation’s very first bicycle excise tax. Despite being known as a “green” state, the only thing green here is the $15 tax imposed on buyers of bicycles retailing for $200 or more with wheels of at least 26 inches in diameter.

Finally, a privilege tax of 0.5% is being implemented on the retail sales price of motor vehicles. While the dealer is responsible for this tax, don’t be shocked if it gets passed along to consumers in the form of a higher sticker price.

Centene is the way to play Amazon’s health care move

F.D.A. Cracks Down on Juul and E-Cigarette Retailers

As Week Begins in Earnest, Bonds Are Under Pressure

3 Large-Cap Growth ETFs for Your Portfolio