Forget the Energizer Bunny — it’s cryptocurrencies that just keep going, and going, and going in 2017. Since the year began, the combined market cap of every single investable virtual currency has increased from $17.7 billion to as much as $654 billion, representing a jump in value of close to 3,600%.

Comparatively, the broad-based S&P 500 has risen by 18.2% through Dec. 21, which is more than double the historical average return of 7% a year, inclusive of dividend reinvestment and adjusted for inflation. Though stocks have been the greatest wealth creator over the long run, cryptocurrencies have taken center stage in 2017.

Get ready: Bitcoin ETFs (and winter) are coming

The heart and soul of this rally has been bitcoin since day one. Bitcoin is the world’s most valuable cryptocurrency by market cap, is accepted by more merchants than any other digital coin, and is the most traded virtual coin by dollar value of the 1,375 investable tokens. Thus, it’s only fitting that the face of the crypto craze be potentially immortalized with its very own exchange-traded fund (ETF).

According to two recent filings with the Securities and Exchange Commission, the New York Stock Exchange is aiming to bring not one, but two bitcoin ETFs to market: the ProShares Bitcoin ETF and ProShares Short Bitcoin ETF. These two ETFs would track the performance of bitcoin’s futures contracts and allow investors to make bullish or bearish bets within the confines of the traditional equities market. It’s worth noting that this means both ProShares bitcoin ETFs wouldn’t directly follow the price of bitcoin. Instead, they’d be tethered to the action of bitcoin futures contracts. What’s unclear is whether the ProShares ETFs would choose the CBOE or CME futures contracts as its benchmark at this point.

If you recall, one of the primary drawbacks of bitcoin until recently had been that it could only be purchased or sold on decentralized cryptocurrency exchanges, and there was no reasonable way to bet against it and make money. However, the Dec. 10 launch of bitcoin futures trading by CBOE Global Markets (NASDAQ: CBOE) , and the Dec. 17 launch of futures trading by CME Group (NASDAQ: CME) , opened the door for a “fairer” market, where skeptics had an opportunity to bet against bitcoin and make money. An ETF would further open the door by allowing institutional investors, and those retail investors who don’t want to put $16,000 to $80,000 in capital on the line while betting on the futures market, to get in on the action. CBOE and CME contracts are tethered to one and five bitcoins, respectively.

What the listing of bitcoin ETFs would do is further legitimize bitcoin as a burgeoning asset class, and possibly reduce volatility by introducing more investors into the mix. 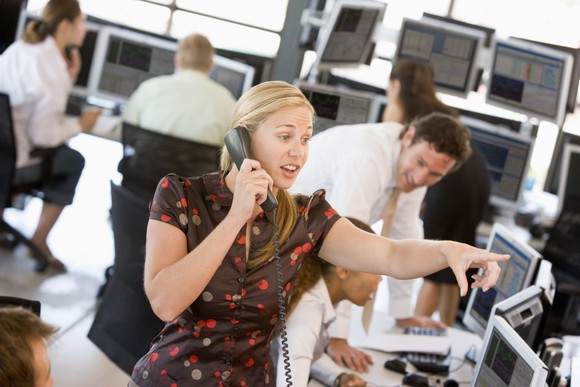 Then again, the introduction of bitcoin ETFs may not create the fairytale ending that some optimists expect. In reality, it might open the door for bitcoin’s bubble to burst.

As noted, futures trading gives bitcoin skeptics their first opportunity to bet against bitcoin and make money. I’d expected the start of futures trading to crush bitcoin, given the skepticism of the coin that many Wall Street investment firms have demonstrated. However, trading volume for these contracts has been pretty tepid, suggesting that skeptical institutional investors are still somewhat worried about the emotional euphoria surrounding bitcoin and other cryptocurrencies.

The emergence of ETFs would allow for considerably more liquid access to bet against bitcoin, and also reduce the amount of money needed up front to do so. For instance, a single CME Group bitcoin futures contract is linked to five bitcoins, working out to a nearly $80,000 bet. Not every retail investor or institution is willing to lay down an $80,000 bet when losses are technically unlimited and gains are capped at 100%. A downside bet via the ProShares Short Bitcoin ETF could be done in any dollar amount. 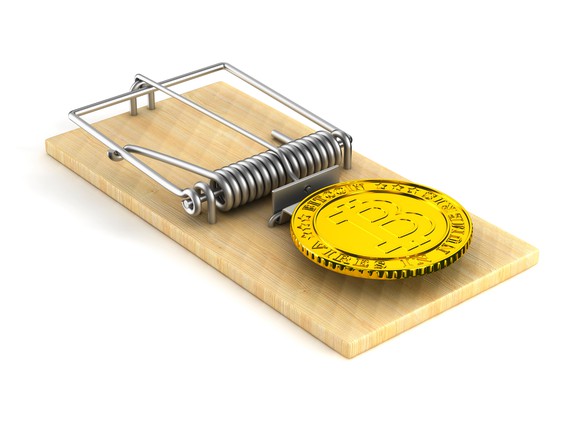 Don’t forget about these concerns

There are broader issues at play , too. Perhaps one of the biggest under-the-radar concerns is that the barrier to entry in the cryptocurrency space is very low. All it takes is time, money, and a team that understands how to code to develop blockchain technology and a virtual token to tether to it. There are 1,375 investable virtual currencies, according to CoinMarketCap.com, and more than 50 new virtual tokens are being added each month.

Aside from more competition, there’s been nothing to suggest that bitcoin will remain the most popular virtual coin of merchants, or that enterprises will prefer its blockchain. In fact, high transaction fees and sluggish settlement times have occasionally plagued bitcoin’s network and given credence that smaller and nascent players could one day dethrone bitcoin.

It’s also particularly difficult to value bitcoin (or most cryptocurrencies, for that matter) given its focus on payment facilitation rather than blockchain technology. Personally, I see blockchain — the digital and decentralized ledger where all transactions are recorded — as the far more valuable path over the long run, as opposed to payment facilitation.

In short, the more bitcoin becomes validated as a new asset class, I suspect the closer it gets to falling off a cliff.

A Guide To Retiring In Japan As A Foreigner

Aggression Against India “Not Acceptable”

To Stir Discord in 2016, Russians Turned Most Often to Facebook