Recent changes to U.S. tax law enable companies to repatriate their foreign cash hoards at a significant discount. While the tax change could be a boon for Apple (NASDAQ: AAPL) , given that over $250 billion of its cash is held overseas, the opportunity to repatriate this cash had many investors wondering exactly what the tech giant would do with it . On Wednesday, the tech giant provided some insight into its plans for repatriated cash.

As part of a commitment to support the American economy, Apple said it will put $350 billion to work over the next five years contributing to the domestic market. The money will be focused on direct employment, spending and investment in domestic suppliers and manufacturers, and investments in the fast-growing app market .

Here’s a closer look at the $350 billion commitment, in seven parts. 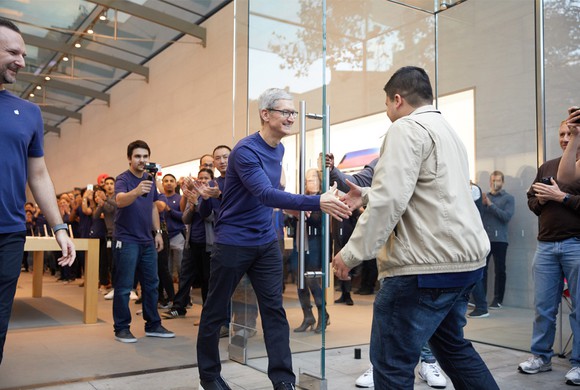 1. Much of this cash was already designated for the U.S.

Not all of the $350 billion investment over the next five years is a result of this change to the U.S. tax law. Indeed, Apple said $55 billion of it was already designated to go to U.S. investments, domestic suppliers, and manufacturers in 2018 alone. If Apple had kept up this pace over the next four years, this would have amounted to a $275 billion contribution to the U.S. economy.

The $350 billion doesn’t totally capture Apple’s planned contribution to the U.S. economy over the next five years, as the company said it doesn’t include “ongoing tax payments, the tax revenues generated from employees’ wages and the sale of Apple products.”

3. It does include repatriation tax payments.

Part of the $350 billion Apple will contribute to the U.S. economy is the estimated $38 billion the company — the country’s largest taxpayer — is required to pay under the new repatriation tax law. “A payment of that size would likely be the largest of its kind ever made,” Apple said.

As part of its $350 billion commitment, Apple said it will spend $30 billion in capital expenditures in the U.S. over the next five years, or about $6 billion annually.

This commitment doesn’t necessarily represent a big incremental increase — if any — in Apple’s capital spending plans. In fiscal 2018, the company has said it plans to spend $16 billion on capital expenditures globally. It spent $14.9 billion globally in fiscal 2017.

These investments will allow Apple to create over 20,000 new U.S. jobs over the next five years, the company said. This is up from its 84,000 domestic jobs today. In addition, Apple has already helped indirectly create over 2 million jobs, and it said it expects its $350 billion to help generate even more jobs indirectly.

6. Apple is boosting the size of its Advanced Manufacturing Fund.

In addition to its $350 billion commitment to the U.S. economy, Apple said it’s increasing the size of the same Advanced Manufacturing Fund that recently helped create 500 high-skill jobs at a factory in Texas . 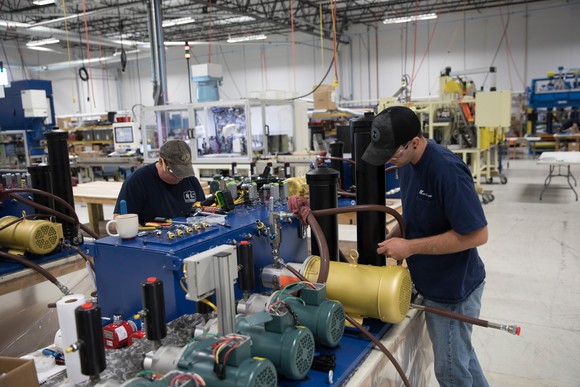 The fund, which serves to help support domestic innovation and job creation through advance payments, now has $5 billion, up from an initial $1 billion last spring.

7. Apple is expanding its efforts in education.

While this preview of Apple’s plans for its repatriated cash is intriguing, it is hardly material to any thesis for Apple stock . Investors should look for Apple to release more information about plans for boosting its capital return program or making acquisitions. Though $350 billion is undoubtedly a large number, it hardly makes a dent in Apple’s cash hoard and its more than $50 billion of annual free cash flow, since it’s a commitment that spans five years.

Anatomy of a Telegram Scam – The Coinbase Blog

‘Why Are You Afraid?’ – Watch Roger Ver Debate Nouriel Roubini...

Unfriendly Trends in Stocks and Bonds, But For How Long?

Here’s How Many U.S. Households Will Run Out of Money in...