Earlier this month, struggling retail icon Sears Holdings (NASDAQ: SHLD) announced yet another round of store closures . By early April, it will shutter 64 Kmarts and 39 full-line Sears stores.

This might seem like bad news for Seritage Growth Properties (NYSE: SRG) . After all, the Sears spinoff still leases the vast majority of its property to Sears Holdings. However, only a small handful of the 103 stores being closed this spring are owned by Seritage — and in most of those cases, Seritage probably wants the space for redevelopment purposes.

In recent years, Sears Holdings has been closing stores at a rapid pace in a desperate attempt to stem its losses. It has also downsized some of its remaining Sears stores. 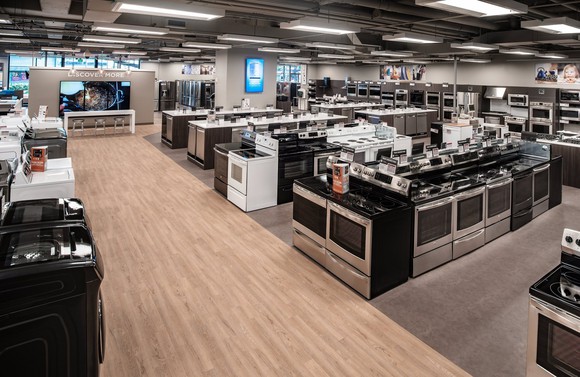 Sears has radically reduced the size of some of its stores. Image source: Sears.

Sears Holdings’ master lease with Seritage Growth Properties has enabled these moves. Under the master lease terms, Sears has the right to terminate the leases for stores that aren’t earning enough money to cover the rent. Given the sorry state of Sears Holdings’ finances, a lot of its stores may fit this description. On the flip side, Seritage generally has the right to “recapture” 50% of the square footage in its properties (and 100% in some of them) in order to redevelop that space and lease it to new tenants that are willing to pay higher rents.

Fortunately, the master lease prevents Sears Holdings from dumping a ton of unwanted real estate on Seritage all at once. It is limited to terminating about 20% of its leases with Seritage in any given year. Sears is also required to make a payment equal to one year of rent, taxes, and other operating expenses upon terminating the lease for any property.

Looking at the latest round of store closures

It doesn’t look like Seritage will feel much negative impact from lease terminations related to the current set of Sears and Kmart store closures. In fact, none of the 64 Kmart stores being closed are leased from Seritage.

Furthermore, five of the Sears stores that are closing were previously owned by a joint venture between Seritage and Simon Property Group . However, Seritage recently sold its 50% interest in those properties to Simon, collecting $68 million — and relieving itself of the need to invest in redevelopment projects at those sites. 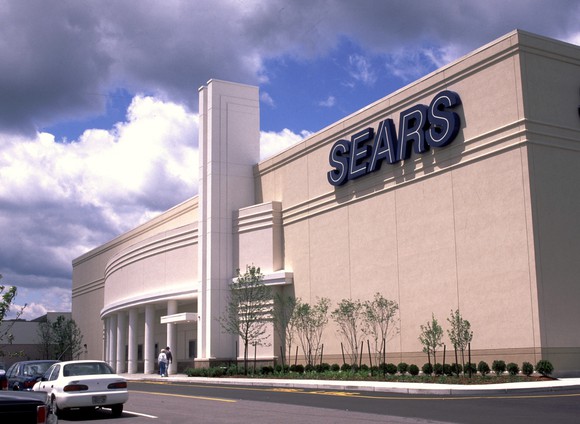 As for the other 34 Sears stores that are closing, Seritage appears to own just six. Moreover, three of those — in Anchorage, Alaska; Westminster, California; and Hicksville, New York — are among the handful of properties for which Seritage has the right to recapture 100% of the space. Generally, those are prime sites for redevelopment. Thus, it is quite possible that Seritage initiated these store closures and already has redevelopment plans in the works.

Seritage won’t cry over the other three properties it is getting back, either. One is at the Town Center at Boca Raton in Florida, a thriving luxury-oriented mall that is home to Neiman Marcus, Saks Fifth Avenue, Bloomingdale’s, Nordstrom , and Macy’s . There will probably be lots of prospective tenants clamoring for space in a Seritage redevelopment project there.

The remaining two Seritage-owned Sears stores that are closing are in Austin, Texas, and Orland Park, Illinois. During 2017, Seritage announced that it had signed leases for 45,000-square-foot, 10-screen movie theaters at both of those sites. Thus, redevelopment is already under way.

Seritage Growth Properties stock has barely budged since being spun off from Sears Holdings in 2015. Many investors have stayed on the sidelines due to a fear that Sears Holdings is on the verge of bankruptcy.

However, Sears is likely to stagger on for another year or two by selling additional assets to fund its cash burn. Moreover, Seritage has already made big strides in diversifying its tenant base. In a two-year span, it released 4 million square feet — about 10% of its square footage — at average rents that were more than four times what Sears Holdings had been paying.

As Seritage completes more of its redevelopment activity, its rental income is set to soar over the next decade. Indeed, it is likely to replace all of the income it currently gets from Sears Holdings within a few years. As a result, Seritage Growth Properties could be a big winner for patient long-term investors.

10 stocks we like better than Seritage Growth Properties (Class A)
When investing geniuses David and Tom Gardner have a stock tip, it can pay to listen. After all, the newsletter they have run for over a decade, Motley Fool Stock Advisor , has tripled the market.*

David and Tom just revealed what they believe are the 10 best stocks for investors to buy right now… and Seritage Growth Properties (Class A) wasn’t one of them! That’s right — they think these 10 stocks are even better buys.

Riksbank to focus on liquidity against Covid-19

Cannabis Earnings: Which Companies Came Out on Top?

The Number-One Thing You Need to Do Before Going on Holiday...

What the “FUD” is Going On?

How to Execute an Airdrop Campaign For Your ICO