We’ve been hearing a lot in the last few months about the retail apocalypse and how retailers who don’t adapt to the changing paradigm will perish. I won’t dwell on what that situation is , or isn’t — my colleagues have already covered that in detail. Instead, I thought it would be more beneficial to focus on identifying several companies that are positioning themselves for the future.

There’s no question that e-commerce or an omnichannel strategy have become essential for companies in order for them to compete going forward. Amazon.com (NASDAQ: AMZN) has clearly demonstrated that e-commerce is the future , and at this point, there’s no turning back.

Each of these companies is taking a different approach to the e-commerce revolution. Read on to find out why I believe Nordstrom (NYSE: JWN) , Costco Wholesale Corporation (NASDAQ: COST) , and Wal-Mart Stores (NYSE: WMT) , might be among the best positioned to compete in the era of Amazon. 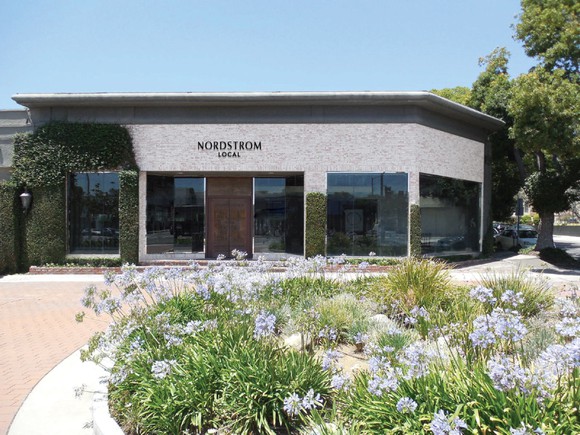 Nordstrom is representative of the paradox retailers face — increasing their online sales while adapting its physical stores to accommodate those who still prefer to shop the old-fashioned way. The company is taking a unique approach that may just be the future of brick-and-mortar retail.

Late last year, the company announced the debut of its concept retail store. Dubbed Nordstrom Local, the location will be only 3,000 square feet — significantly smaller than the average store, which tops in at about 140,000 square feet. The concept store will focus on service more than shopping, with personal stylists to offer fashion tips, in-store pickup for items ordered online, as well as beer, wine, and cold-pressed juices. Locations will also offer onsite alterations and tailoring, curbside pickup, and same-day delivery.

For the nine months ended October 28, Nordstrom reported that online sales from Nordstrom.com increased 14% over the prior-year period, while those from Nordstrom Rack HauteLook jumped 26%. Those gains weren’t quite enough to make up for weaker in-store sales, but the numbers are encouraging.

While it remains to be seen if its Local concept stores will ultimately be successful, the company’s willingness to innovate will serve Nordstrom well in a future dominated by e-commerce. 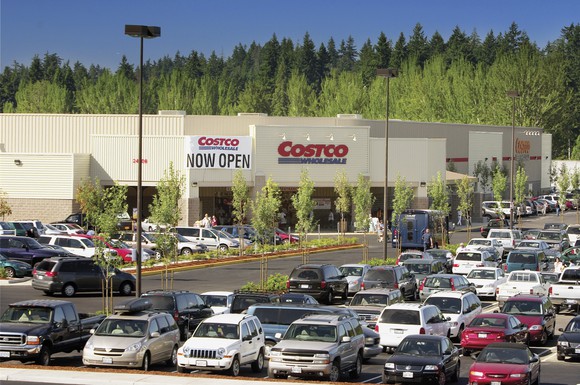 A variety of approaches

In its fiscal 2018 first quarter (which ended November 26, 2017) Costco reported comparable-store sales that jumped 8.7% in its U.S. market and 8.2% in its international market, both over the prior-year quarter (excluding foreign currency and fuel price changes). That resulted in comps that grew 7.9% overall. Traffic at the company’s warehouse stores grew by 5.9% worldwide and 6.6% in the U.S.

Even more impressive was Costco’s gains in e-commerce sales, which grew 42% year over year. The company has taken a multipronged approach that is catching on with its customers. Costco has been testing two-day dry good deliveries along with same-day delivery for perishable items like food. Promotions offered on the website have been successful at driving traffic to the company’s physical stores, while signs at the store locations have been touting online shopping.

With membership retention rates of around 90%, increasing foot traffic in its stores, and strong growth in its online sales, Costco is showing how the multichannel approach can keep Amazon at bay. 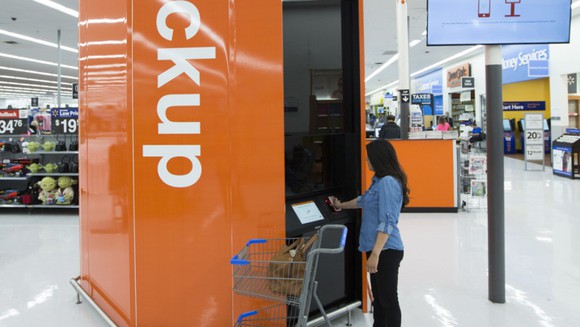 In 2015, Wal-Mart endured what many deemed unimaginable: The company suffered its first sales decline since going public in 1970. That may have been the incentive the company needed to get serious about online sales. The following August, Wal-Mart announced that it would acquire e-commerce start-up Jet.com for $3 billion in cash. More important, though, was the news that Jet.com’s founder Marc Lore would stay on to run Wal-Mart’s online sales operation, bringing a much-needed start-up mentality to the stodgy retailer.

In addition to several additional acquisitions, Wal-Mart has taken a number of steps to better compete with Amazon. Jet.com and Wal-Mart now offer free two-day shipping on orders of $35 or more. The company is also testing a pilot program to have store employees make last-mile deliveries. Wal-Mart also encourages online customers to pick up orders in-store by offering them discounts and using vending towers to dispense them.

If Wal-Mart was looking to increase its online sales, it succeeded. In the first three quarters of 2017, e-commerce sales grew 69%, 67%, and 50% year over year, respectively. The company’s approach is also increasing in-store comps, which grew 2.7% in its most recent quarter, while revenue increased by 4.2% year over year.

2017 was a year to remember for Wal-Mart . The company is leveraging its omnichannel capability, its more than 5,400 locations, and its 1.5 million associates to do things only Wal-Mart can do. Take that, Amazon!

10 stocks we like better than Amazon
When investing geniuses David and Tom Gardner have a stock tip, it can pay to listen. After all, the newsletter they have run for over a decade, Motley Fool Stock Advisor , has tripled the market.*

David and Tom just revealed what they believe are the 10 best stocks for investors to buy right now… and Amazon wasn’t one of them! That’s right — they think these 10 stocks are even better buys.

Earnings growth, never as bad as you think

PBoC: Bitcoin Trading in Chinese Currency Drops Below 1% of World...

The Same Indicator That Flashed Before Bitcoin’s 30% Drop in Nov...

Are You Paying More for Health Insurance Than You Should Be?