Choosing a health insurance plan, whether through your employer or on the Obamacare exchange, is confusing. Not only do you need to compare premiums, deductibles, copays , and network sizes, you also need to take your family’s unique situation into account to get the plan that’s right for you.

Unfortunately, evidence suggests most of us aren’t very good at that: A study published in The Quarterly Journal of Economics examined the health plan choices of 23,894 employees and found most were significantly overpaying for their coverage. 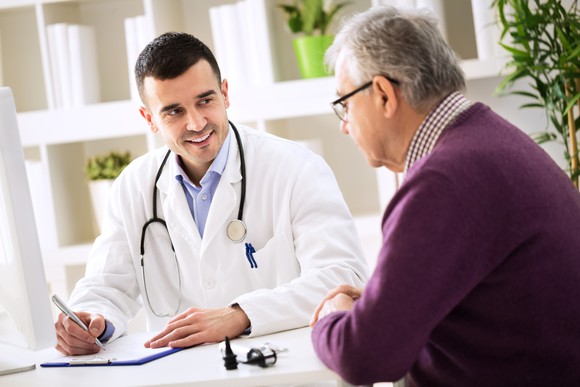 Most employees overpaid a lot for health insurance

The employees in the study’s sample were presented with coverage options that differed only in premiums and deductibles. The plans were priced in such a way that almost every low-deductible plan was financially dominated by a high-deductible plan.  A plan is “financially dominated” by another if its guaranteed to result in higher overall health spending, no matter how much you spend on healthcare.

In practical terms, this means every high deductible healthcare plan being offered was preferable to every low-deductible healthcare plan, regardless of whether you spent nothing on healthcare or spent thousands. Yet, the majority of the subjects chose the plans guaranteed to result in higher spending. The expected cost difference wasn’t small either — excess spending was equivalent to 24% of chosen plan premiums.

Low-income workers were the most likely to opt for the plans guaranteed to be more expensive, but employees at all income levels fell into the trap of picking worse plans. And, most repeated this mistake rather than switching to a more financially efficient plan during the next open enrollment for the subsequent year.

How can you avoid falling into the trap of excess healthcare spending?

This study was far from the first showing a pattern of workers picking the wrong healthcare plans. Ample research suggests workers often default to low-deductible plans, often to their detriment. The study also noted that the employer didn’t make it as easy to compare premiums across plans as it could have.

You don’t want to waste money on a plan that’s more costly than necessary. To avoid this, do the math to see if there’s a financially dominated plan that’s always a worse deal. You can do this by comparing total expected costs for each plan, assuming different levels of medical spending.

Once you have all the numbers, doing this math isn’t difficult. You’re just comparing maximum spending with premiums plus deductibles at different levels of healthcare spending. If you find that one plan is always worse than the other, it’s a financially dominated plan and you don’t want it.

Of course, there are other considerations as well. Maybe you like low deductibles because you want to avoid situation in which you might have to come up with a significant amount of cash to cover the deductible if you have a health issue. While this is understandable, you’re far better off choosing the cheaper plan and setting the money you save on premiums aside in a savings account to pay for care should you need to.

Even better, if you’re eligible based on your high-deductible health plan, you can open a health savings account , which will allow you to put aside money in pre-tax dollars and withdraw them tax free to cover healthcare costs.

What if one plan isn’t financially dominated?

The study looked at a single Fortune 100 company’s plan offerings. At your employer, you might find that your choices won’t always be so clear cut. Often, you’ll have to make a choice between a higher deductible plan that could cost you more if you use a lot of medical services, or a lower deductible plan with higher premiums that provides more assurance that you won’t be hit with an unmanageable bill for big unexpected medical expenses but that will generally cost you more if you stay healthy. Neither of those plans financially dominates the other by the study’s definition of that term, but making the wrong choice can still be costly.

Before you choose, carefully consider your past healthcare use, and whether you can expect to incur significant expenditures going forward — such as because you plan to have a baby or know you’ll need surgery soon.

You’ll also need to think about how feasible it will be for you to save enough to cover the costs of your deductible. If you don’t believe you’ll be able to afford to get the care you’ll need if you have a high deductible, don’t risk your health by gambling on a low-price policy.

And, of course, if your plan options have differences beyond deductibles and copays, there’s a whole host of other issues to think about. You can check out this guide to buying health insurance to get some ideas about what to do in these situations.

Make sure you do the math

The bottom line is, as studies have shown, most of us don’t do the math before buying health insurance.

If you’re faced with a choice of health plans, your first step should always be to ensure that you’re not wasting money on a plan that’s always a worse deal.

Once that calculation is done, consider which plan is most likely to help you meet your family’s healthcare needs by evaluating past and likely future care expenditures. And don’t be afraid to change health insurance plans from year to year — it’s frequently worth the hassle.

How WhatsApp Is Killing SMS Texting

The Difference Between Brent Crude and West Texas Intermediate

Can I buy ETFs for my Roth IRA?

Here’s why the stock market isn’t crashing and is making a...