Boeing ‘s (NYSE: BA) 787 Dreamliner widebody has had a huge impact on commercial aviation since the first one was delivered back in 2011. The Dreamliner has made dozens of new nonstop routes possible with a unique combination of long range and low trip costs.

However, the 787 Dreamliner program hasn’t been a financial success for Boeing thus far. The company accumulated almost $30 billion of losses from building the first 500 Dreamliners. That doesn’t even count the massive cost of developing this new aircraft family — estimated at around $15 billion.

Fortunately, Boeing has been building 787s at a profit since 2016. Over the next few years, the profitability of Dreamliner production will rise even further, allowing Boeing to offset the losses incurred in previous years.

Under the rules of program accounting, Boeing has been booking a small profit on each quarter’s 787 production, based on the program’s expected average profitability over the long run. The cumulative difference between these book “profits” and the cash losses that Boeing actually incurred up until two years ago were reported as deferred production costs. 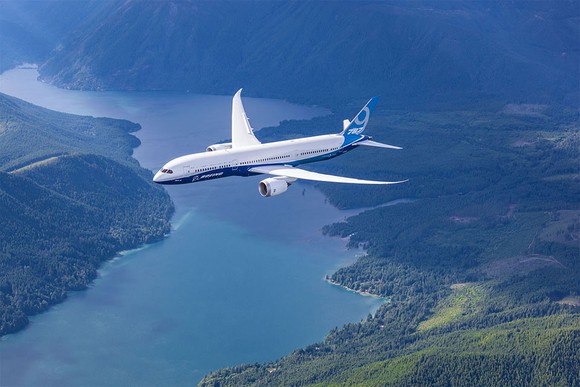 Deferred production costs have declined by more than $500 million in each of the last two reported quarters. That’s already a big improvement relative to early 2016, when the program still hadn’t quite reached the breakeven point. However, there is plenty of room for additional improvement.

The production mix is getting better

One fundamental reason for the Dreamliner program’s rising profitability is that the production mix is steadily shifting toward higher-margin models . Because of design mistakes, the 787-8 — the first model to enter production — costs nearly as much to build as the larger 787-9 variant. As a result, production of the 787-8 is barely profitable even today.

By contrast, the 787-9 is very popular and already quite profitable for Boeing. Furthermore, the 787-10, the largest Dreamliner variant, was designed with 90% commonality to the 787-9. This design choice will keep production costs down, allowing Boeing to earn an even higher margin on that model. 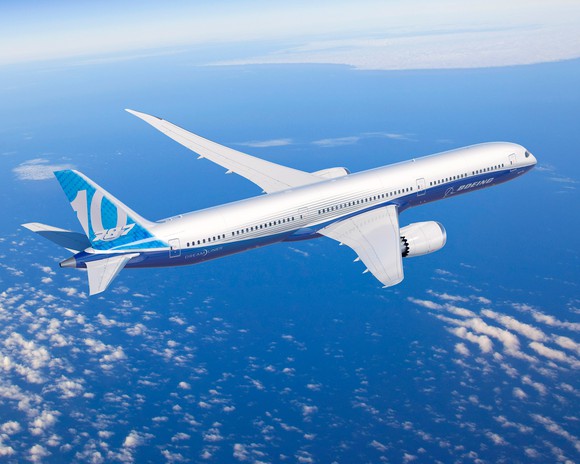 The 787-10 is likely to be Boeing’s most profitable Dreamliner model. Image source: Boeing.

The production mix will improve further in the next few years. The 787-8 now represents just 10% of the total 787 order backlog — and dozens of those orders are likely to be canceled or converted to larger models. In 2018, Boeing is on track to deliver just 10 787-8s , according to Dreamliner production expert Uresh Sheth. Meanwhile, deliveries of the 787-10, which is likely to be the most profitable model for Boeing, will start this year.

Two other factors aside from the improving production mix will drive quarterly Dreamliner profits higher. First, unit costs will decline over time. Some of this decline comes from Boeing’s internal productivity efforts. However, most of the benefit stems from agreements with its suppliers that call for component costs to decrease as Boeing passes certain production milestones.

Boeing’s strong cash flow trajectory is a big reason the stock has more than doubled over the past year. For Boeing stock to hold on to its lofty gains, the company will need to capitalize on its opportunity to dramatically improve the 787 program’s cash profits in the next few years.

10 stocks we like better than Boeing
When investing geniuses David and Tom Gardner have a stock tip, it can pay to listen. After all, the newsletter they have run for over a decade, Motley Fool Stock Advisor , has tripled the market.*

David and Tom just revealed what they believe are the 10 best stocks for investors to buy right now… and Boeing wasn’t one of them! That’s right — they think these 10 stocks are even better buys.

‘If you only do one thing, do this’

NFHA must redo lawsuit against Deutsche Bank, Ocwen and Altisource

3 Things About Netflix You May Have Missed This Week