Oil and gas companies are still licking their wounds from the impact of one of the worst oil market downturns in decades. Many have a long way to go before they’re back on solid ground. But others are quietly making a comeback.

In some cases, the recovery has been so hushed that their stock market values haven’t kept pace with the improvements. Therefore, they currently trade at indisputably low valuations. Three that stand out are Kinder Morgan (NYSE: KMI) , Crestwood Equity Partners (NYSE: CEQP) , and Enbridge Energy Partners (NYSE: EEP) . 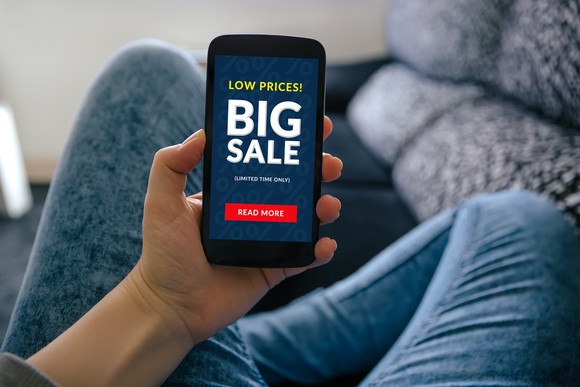 Get the word out; these stocks are on sale. Image source: Getty Images.

At less than $20 a share, Kinder Morgan’s stock sits 50% below where it was three years ago. That jaw-dropping plunge came even though the company’s distributable cash flow (DCF), which is money it could pay out in dividends, declined from a peak of $2.14 per share in 2015 to a bottom of $2.00 per share last year, which was only 7%. Meanwhile, the natural gas pipeline giant expects DCF to improve 3% this year to $2.05 per share.

That means Kinder Morgan’s stock currently trades at just 9.5 times its DCF forecast for this year, which is significantly cheaper than the nearly 20 times DCF it sold for at the end of 2015. It’s also well below the 14.9 times average multiple that its peer group currently fetches. So there’s no denying shares are cheap right now, which is why many analysts believe the stock could rebound sharply this year .

Crestwood Equity Partners also now sits more than 50% below where it was in early 2015. However, its sell-off is a bit easier to justify, since DCF fell from $361.5 million in 2015 to around $220 million last year, or about 40%, because of asset sales and the impact the oil market downturn had on its operations.

Still, at less than $28 per unit, this pipeline and processing MLP  has fallen too far given the cash flow it’s still generating. At the midpoint of its guidance range, Crestwood expected to produce about $3.12 per unit in DCF last year, which puts its valuation at around 9 times DCF. That dirt-cheap price is the main reason it yields a jaw-dropping 8.6%. That’s way too cheap for an MLP that’s on pace to start growing again this year, making it an irresistible bargain for patient investors who are willing to wait for it to make what should be an inevitable comeback to a more reasonable valuation. 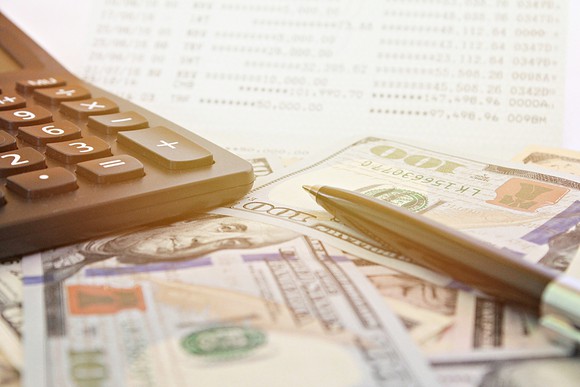 No matter how you run the numbers, these stocks are undeniably cheap. Image source: Getty Images.

The sell-off went way too far

Enbridge Energy Partners has also taken it on the chin in recent years, losing more than 60% of its value in the past three. Again, declining DCF was one of the main culprits, with it falling from $948.6 million in 2015 to an expected $775 million in 2017, or about 18% lower in the past two years. Driving the decline was weaker results from its since-sold natural gas gathering and processing business.

However, because Enbridge Energy Partners sold off more than cash flow declined, the MLP now trades at a much lower value. In fact, with DCF expected to increase this year to a range of $775 million to $825 million, it implies that units sell for less than 9 times DCF, considering their recent $15 price tag. That deeply discounted price is why the company yields an impressive 9.3%. With most other MLPs selling for a mid-teens multiple of DCF, Enbridge Energy Partners is way too cheap to ignore .

The market marked down the valuations of Kinder Morgan, Enbridge Energy Partners, and Crestwood Equity Partners over the past few years because of the impact the oil market downturn had on their operations. But it cut their prices way too far, and now there’s no denying that they trade at absurdly cheap valuations compared with other pipeline companies. As a result, bargain hunters can buy these quietly improving companies before the market realizes its mistake.

10 stocks we like better than Kinder Morgan
When investing geniuses David and Tom Gardner have a stock tip, it can pay to listen. After all, the newsletter they have run for over a decade, Motley Fool Stock Advisor , has tripled the market.*

David and Tom just revealed what they believe are the 10 best stocks for investors to buy right now… and Kinder Morgan wasn’t one of them! That’s right — they think these 10 stocks are even better buys.

Why your wallet recovery phrase is so important

12 Stocks To Thrive As The Fed Reins In Growth