Chart of the day: U.S. debt vs the price of gold . 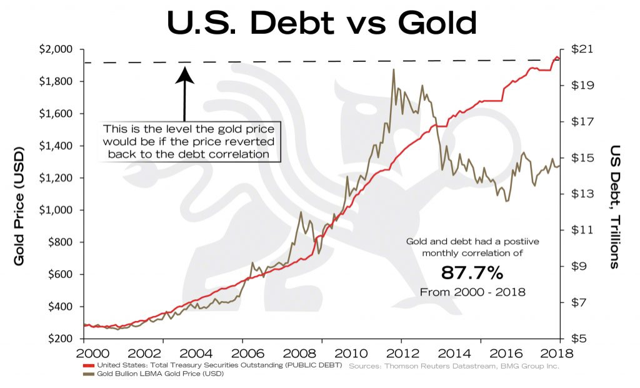 The major factor driving securities prices for many years has been the shift of the tax burden from the rich onto the middle class. The primary change that has fundamentally changed the economy can be best described by Warren Buffett, CEO of Berkshire Hathaway (NYSE:BRK.A) (NYSE:BRK.B), who said, “Through the tax code, there has been class warfare waged, and my class has won,” to Business Wire CEO Cathy Baron Tamraz at a luncheon in honor of the company’s 50th anniversary. “It’s been a rout”…

Rich people have much higher marginal propensities to save and invest than non-rich people who have higher marginal propensities to consume. The world-wide shift in tax burdens from the rich to the middle class has created a tremendous imbalance where there is a much greater supply of lendable and investable funds relative to securities to invest in or projects to lend to with high probabilities of good returns. Bitcoin ( COIN ) and the explosion of new cryptocurrencies is only the latest manifestation of the worldwide excess of loanable and investable funds.

The dominating force propelling securities prices is the massive tax-policy-induced increase in inequality that causes the excess of loanable and investable funds, and that just got a lot stronger with the new tax bill. However, factors such as monetary policy, inflation and the unemployment rate will still have significant impacts on securities prices. There are also geopolitical factors and events that can influence financial markets.

The quandary for investors can be described as someone who has seen the first and last page of a book, but does not know either how long the book is or what happened between the first and last pages. We know that a massive transfer to the rich will happen. We know that the middle class has a much higher marginal propensity to consume than the rich. We know that initially the rich, or if you rather the job creators, use their additional after-tax income to invest. This extra investment initially boosts securities prices. The higher prices for securities enable investments to occur that might have otherwise been undertaken. These can range from factories, shopping centers and housing. What we don’t know is the path that equity prices and interest rates will take between the enactment of the tax shift and the eventual financial crisis or other event occurs, at which time the massive excess supply of loanable funds as compared to demand for loans will push risk-free short-term interest rates down to near the lower bound, as was the case during the 1930s, in Japan for decades and in America since 2008.

Image of the day: Shark under water 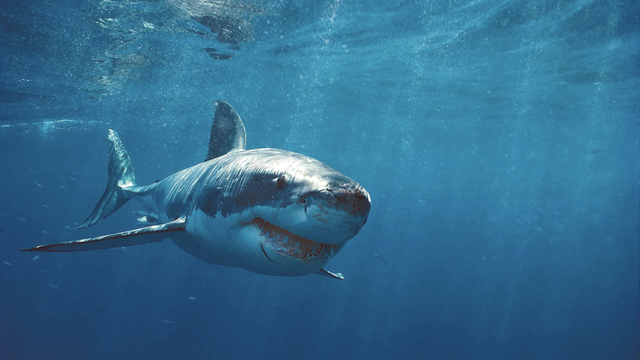 Quote of the day:

When someone comes along and expresses him or herself as freely as they think, people flock to it. They enjoy it. – Joe Rogan

Thanks for reading. Please share your ‘Editor’s Pick’ with fellow investors by posting it in the comments.

Have a great day!

6 Ways the IRS Can Seize Your Tax Refund

A New Regulatory Compliant Exchange Expects 170.000+ Users from Day One

How much equity can you extract with a reverse mortgage? This...

This is just the start of companies increasing spending