It’s official: All three of the major U.S. stock indexes are in correction territory, if rounded to the closest whole number. Traditionally, a stock market correction is defined as a drop from a recent high of 10%, or more.

Since hitting their all-time highs, the Dow Jones Industrial Average (DJINDICES: ^DJI) , Nasdaq Composite (NASDAQINDEX: ^IXIC) , and broad-based S&P 500 (SNPINDEX: ^GSPC) have all fallen 10%. The bulk of these losses have occurred since the previous Friday, with the Dow Jones dropping 666 points , 1,175 points, and 1,033 points in three of the past five sessions.

What’s riled the markets, you ask? Part of the problem is the expectation that the U.S. economy is heating up. Preliminary forecasts from the Atlanta Federal Reserve suggest that the U.S. economy could grow by 5.4% during the first quarter. Such strong growth could push inflation figures higher and coerce the Federal Reserve to get more aggressive with hiking lending rates.

We’ve also been witnessing a move higher in Treasury yields. As T-bond yields increase in value, the lure becomes greater for investors to move out of volatile stocks and into bonds for a safer, near-guaranteed return.

What you need to know about stock market corrections

Though the speed by which the major indexes have fallen over the past week might have ruffled investors’ feathers, there are a few things you should know about stock market corrections. 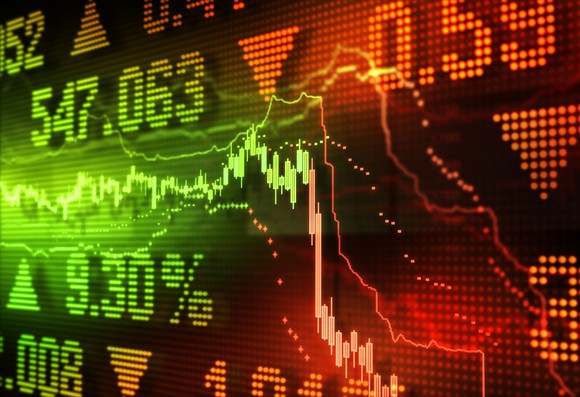 1. They’re more common than you realize

The first thing you’ll want to know is that stock market corrections happen quite often . Including the current correction, the S&P 500 has undergone 36 corrections of 10% or more, when rounded to the nearest whole number, since 1950. That’s pretty much one every two years. Though the stock market doesn’t necessarily adhere to averages, the point is that declines every now and then are both healthy and common for stocks.

Another interesting tidbit is that stock market corrections are actually short-lived. Historically, moves lower in the Dow, Nasdaq, and S&P 500 tend to be swift. The S&P 500’s previous 35 corrections lasted a grand total of 6,587 trading days, implying an average decline of fewer than 200 days per correction. By comparison, the S&P 500 has been in a bull market for more than 18,000 days since 1950. In other words, the stock market tends to trend higher far more often than it’s declining.

3. Everything is relative — no two corrections are the same

It’s also important for investors to recognize that no two stock market corrections are the same, and everything is relative .

For example, the magnitude of the point decline in the Dow in three of the past five trading sessions has investors on edge. Seeing the words “historic plunge” in headlines is enough to poke at the nerves of any investor. However, those “historic plunges” in the Dow have only erased a combined 10% in value, returning the index back to its November 2017 levels, and hardly putting a dent in long-term investors’ profits. On a percentage basis, neither of the Dow’s 1,000-plus-point drops were anywhere close to its 20-worst single-day percentage declines of all time.

4. It’s a great time to review your holdings

Fourth, stock market corrections provide the perfect opportunity for investors to review their investment portfolios — albeit anytime is a good time to do so. If your investment thesis — i.e., the reason(s) you bought into a business in the first place — is still intact following a 10% decline in all three major indexes, then there’s no reason to panic and sell stock. 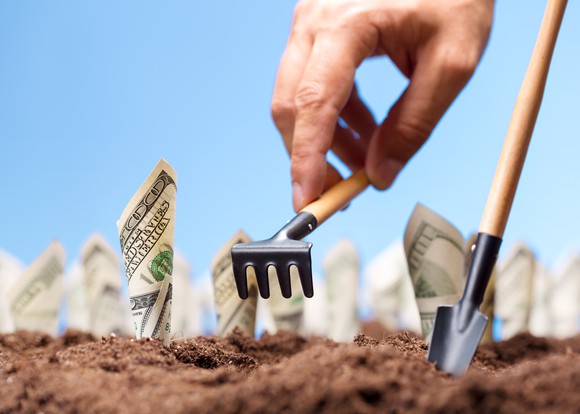 5. You’ll probably regret not buying stock during a correction

Finally, don’t be afraid to pull the trigger and buy more stock during a correction. Since 1950, bull-market rallies in the S&P 500 have completely erased all 35 stock market corrections , often within a matter of weeks or months. While there are no guarantees in the stock market, buying index funds during a correction is about as close as you’ll get to one .

It’s also a great time to consider buying dividend-paying stocks. Dividend stocks are often profitable and have time-tested business models, making them the perfect choice to help hedge your downside and build wealth through reinvestment.

10 stocks we like better than Wal-Mart
When investing geniuses David and Tom Gardner have a stock tip, it can pay to listen. After all, the newsletter they have run for over a decade, the Motley Fool Stock Advisor, has tripled the market.*

David and Tom just revealed what they believe are the ten best stocks  for investors to buy right now… and Wal-Mart wasn’t one of them! That’s right — they think these 10 stocks are even better buys.

*Stock Advisor returns as of February 5, 2018
The author(s) may have a position in any stocks mentioned.

Affordability is Declining and is Likely to Get Worse

The market is about to get harder, but not impossible

Is This $3 Billion Casino Merger at Risk?

Can A.I. Fix Income Calcs For Mortgages? Funny You Should Ask

Charlotte home sales are on the decline again

Daymond John’s Rise and Grind Habits for a Successful Business and...

Dollar got mojo back when Trump dialed back on threats