The stock market has been extremely volatile so far in 2018. Major market benchmarks began January by jumping up to big gains, only to give them all up in a week’s worth of heightened turbulence to begin February.

Even though the market has lost most of its initial advance for the year, some stocks are still leading the way higher. In particular, Weight Watchers International (NYSE: WTW) , iPath S&P 500 VIX Short-Term Futures ETN (NYSEMKT: VXX) , and KapStone Paper (NYSE: KS) are all up 50% or more just six weeks into the year. Investors want to know whether they have more room to run higher or if they’ll fall back to earth just like the major indexes did.

January is traditionally a strong time for Weight Watchers, because a huge number of its customers sign up for programs as part of New Year’s resolutions to lose weight and get start a healthier lifestyle. Despite competition among fitness providers and other players in the weight-loss and health business, Weight Watchers stands out with a well-known brand identity and plenty of high-profile spokespeople, most notably major shareholder Oprah Winfrey .

Weight Watchers has made its own resolution for business growth, and investors are excited about making its goals into reality. The company wants to hit $2 billion in annual revenue within the next couple of years, which would represent a 50% top-line increase. Retaining customers beyond the first few months of the year has always been tricky for any company in Weight Watchers’ industry, but CEO Mindy Grossman thinks it’s doable. If making its food offerings more attractive can bring in new members, then further gains are possible for the weight-loss giant. 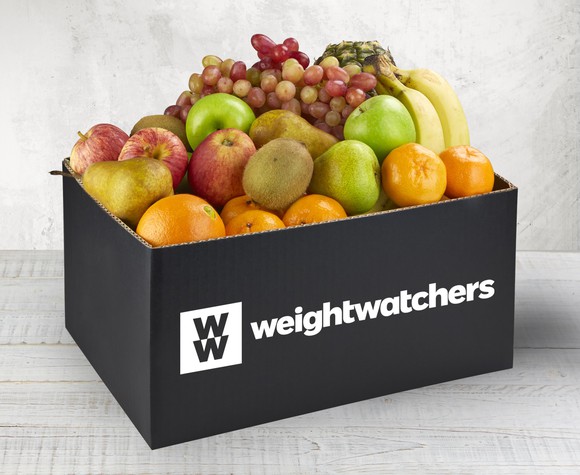 Volatility is iPath’s friend — for now

When markets get turbulent, one way to profit can be to choose investments that thrive in volatile environments. The iPath ETN is designed to rise according to the daily movements of the S&P Volatility Index, also known as the fear index. That’s been a winning move in the recent downswing for the market, as volatility measures have soared and brought iPath shares along for the ride.

Before you jump in, though, note that this iPath investment has done terribly in past years. Even with the gains it’s seen so far this year, the iPath ETN is down 97% over the past five years. This investment is tailor-made for short-term traders, but it’s not something that long-term investors will want to hang onto indefinitely.

Merger and acquisition activity has been on the rise lately, and one of the latest winners is KapStone Paper and Packaging. The paper and forest products specialist received a buyout offer in late January from peer WestRock , which offered to pay either $35 in cash or 0.4981 WestRock shares for every KapStone share that investors own.

Most investors saw the move as complementary for the two companies’ respective businesses, allowing the combined entity to save as much as $200 million annually within the next several years. WestRock shares have lost ground in the recent slide, making the cash option more attractive at the moment for KapStone shareholders. Yet in the long run, WestRock stands to take the combined company further toward leading the paper industry.

What goes up can go down, and even though these stocks have escaped the stock market’s wrath in 2018, there’s no guarantee that they’ll be able to sustain or build on what they’ve earned so far this year. Of these investments, Weight Watchers has the best chance of continuing to rise, while the iPath ETN has the greatest risk of losing its gains.

10 stocks we like better than iPath S&P 500 VIX Short-Term Futures
When investing geniuses David and Tom Gardner have a stock tip, it can pay to listen. After all, the newsletter they have run for over a decade, Motley Fool Stock Advisor , has tripled the market.*

David and Tom just revealed what they believe are the 10 best stocks for investors to buy right now… and iPath S&P 500 VIX Short-Term Futures wasn’t one of them! That’s right — they think these 10 stocks are even better buys.

The Difference Between Revenue and Cost in Gross Margin

Key Question for Les Moonves of CBS: What Were You Thinking?

How long can a payment processor hold funds from my business?

Buy Coins with USD on BitMart “Quick Exchange”, Get Up to...

7 Life Lessons From My Entrepreneurship Journey

Back From Break, Bonds Still Waiting For a Breakout

Cain withdraws candidacy to Fed board