Gambling is an integral part of the history of humanity, and today’s massive casino resorts are just the latest incarnation of an institution that dates back millennia into the past. The modern casino industry refers to the gambling that its patrons do through slot machines, table games, and sports books as “gaming,” thus bringing about the concept of gaming stocks. Some investors welcome the chance to invest in an enterprise that has the odds in its favor, while others criticize the industry for what they see as encouraging visitors to bet more than they can afford to lose. Regardless of your particular views, casino gambling has spread across the world, and many companies make it their business to profit not just from gaming activity but from associated activities like fine dining, entertainment, and attractions that go with it.

You can categorize gaming stocks in several different ways. A handful of international giants have operations scattered across the globe , but there are also smaller players that typically concentrate either on a particular spot or spread their properties across areas far from the established hubs like Las Vegas and Atlantic City. By understanding the entire gaming industry, you’ll do a better job of making a winning bet on the stocks you choose.

Start where the money is

It’s tempting for U.S. investors simply to think about what exposure a gaming stock has to Las Vegas. Given its importance within the U.S. market, that’s natural. But gambling in Asia is a much more important market in terms of global opportunity, and the former Portuguese colony of Macau , now under Chinese control, has become the epicenter of the gaming revolution on the western side of the Pacific Rim.

Las Vegas Sands was the first U.S. company to open a casino in Macau. But Wynn Resorts followed suit, and Melco Resorts initially made its name as a nearly pure play on the Macau market. MGM Resorts has had a stake in operations located in Macau, but it doesn’t have a solely owned property in that lucrative market.

Gambling markets rise and fall, and Macau has been no exception. After a long, stunning period of expansion, Macau suffered growing pains during the mid-2010s, and only recently has the market started to recover in earnest. With new properties opening regularly, Macau is a fertile market for gaming stocks, and investors hope for continued success there for the foreseeable future.

The U.S. gaming scene has also gone through a big transformation. Traditionally, legal gambling activity centered on Las Vegas in the West and Atlantic City on the East Coast, with major corporate enterprises creating massive operations especially in Vegas. That brought strong growth to the Las Vegas market as demographic factors pushed populations southward and westward away from New Jersey.

Over time, gambling has become legal in a number of different ways. Recognition of tribal rights allowed for the opening of reservation-based casino resorts, and although some of those properties are managed by the tribes themselves, others bring in outside managers to lend expertise and hopefully boost profits for the local population. Several states enabled gaming companies to establish riverboat gambling operations, creating a larger number of opportunities across the U.S. heartland. Now, that combination of factors has made gambling nearly ubiquitous.

A mix of companies has sought to profit from prevailing trends. International leaders like Sands and Wynn have taken steps to extend their reach outward, while Vegas-focused players like MGM and Caesars have followed suit. Meanwhile, companies like Boyd Gaming, Penn National, and Pinnacle Entertainment have worked to build out networks of casino properties in smaller markets, with Boyd having a lower-end presence in Las Vegas but also featuring resorts throughout the U.S. as well.

Some initial signs of gaming industry consolidation have appeared, with Penn National and Pinnacle looking to partner up in the near future. So far, we haven’t seen major Las Vegas resorts buy out smaller regional players, but that’s a possibility going forward, especially if regional operations are able to keep growing and becoming more profitable.

Picks and shovels for the gaming industry

Finally, there are also some companies that specialize in providing services for the gaming industry. That’s increasingly important as casinos fight against each other to feature the most popular games.

Scientific Games and International Game Technology both have their feet in this industry, working together to offer things like slot machines, table games, and lottery cards for both private gaming companies and government-run lotteries. These companies rely on the health of the casino industry to drive their own results, profiting from players only indirectly. 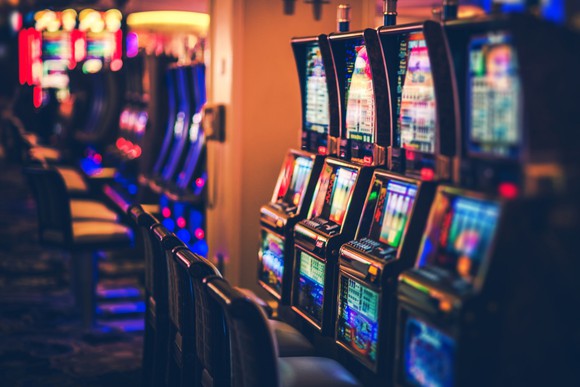 Invest with the odds in your favor

Just because gamblers lose money to the house on average doesn’t mean that every casino stock will always profit. It takes smart operational skills to manage gaming operations successfully. Moreover, it’s more important than ever to offer the high-profile non-gambling experiences that visitors to Macau, Las Vegas, and other gambling meccas want. Navigating competitive waters effectively while avoiding pitfalls is tricky, and the stakes are always high.

Still, gaming stocks have provided amazing returns recently, and their long-term prospects generally look good. With so many ways to win, investors can afford to drill down on the specific areas of the gaming industry they see as having the most potential for future growth in the years to come.

10 stocks we like better than Wynn Resorts
When investing geniuses David and Tom Gardner have a stock tip, it can pay to listen. After all, the newsletter they have run for over a decade, Motley Fool Stock Advisor , has tripled the market.*

David and Tom just revealed what they believe are the 10 best stocks for investors to buy right now… and Wynn Resorts wasn’t one of them! That’s right — they think these 10 stocks are even better buys.

Is Dropbox a Buy? – Nasdaq.com