Jack Dorsey, CEO and co-founder of Twitter and founder and CEO of Square, speaks at the Consensus 2018 blockchain technology conference in New York City, May 16, 2018.

Fintech company Square is boosting its small-business lending with an eBay partnership.

Square Capital, the lending arm of the payment start-up, will be available to eBay sellers looking to expand their business operations. Starting in the third quarter, merchants on the site can apply for a loan as small as $500 and up to $100,000 to help with everything from payroll and inventory to equipment and marketing, the companies announced Tuesday.

Square Capital’s focus since launching in 2014 has been on those businesses historically excluded from the larger financial system. The partnership will offer access to capital for those who have been “underserved when seeking funding” and give U.S. sellers a “seamless funding experience,” said Jacqueline Reses, head of Square Capital.

Small-business lending is an increasingly competitive area in fintech. PayPal, which was once a part of eBay, has a program called Working Capital and provides loans to merchants based on sales history. Amazon also does this for sellers, and began extending credit to small business owners in 2011. It uses sales data to trigger invitations for financing that could boost growth.

Still, credit availability continues to be an issue for smaller merchants. Heading into this year, small businesses reported stronger revenue growth and profitability but still struggled to get loans to pay operating expenses and wages, according to the Federal Reserve’s 2017 Small Business Credit Survey. As many as 70 percent of merchants didn’t receive the funding they wanted last year, the report said. 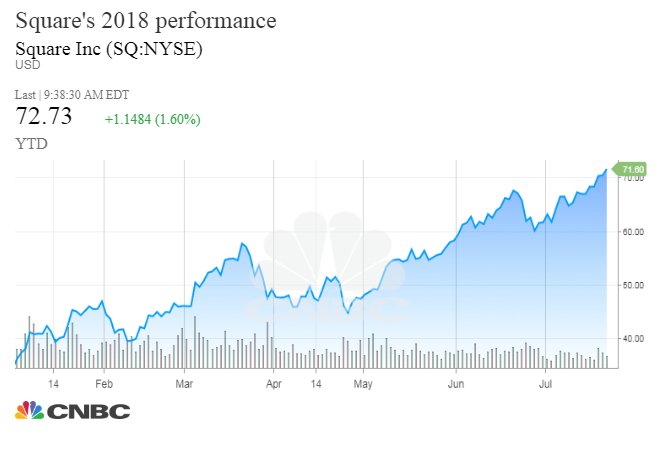