Stocks moving higher and bonds selling off is a positive sign. The jump in interest rates, with Treasury yields moving higher, has not fazed the stock market yet. The 10-year yield has risen above 3 percent and was at 3.07 percent Thursday.

While finanicals picked up, a laggard was the S&P utility sector, off off 0.3 percent Thursday and down 2.2 percent for the week. The sector is viewed as a safe haven, and the sector’s high dividends are viewed as a good place to find yield. 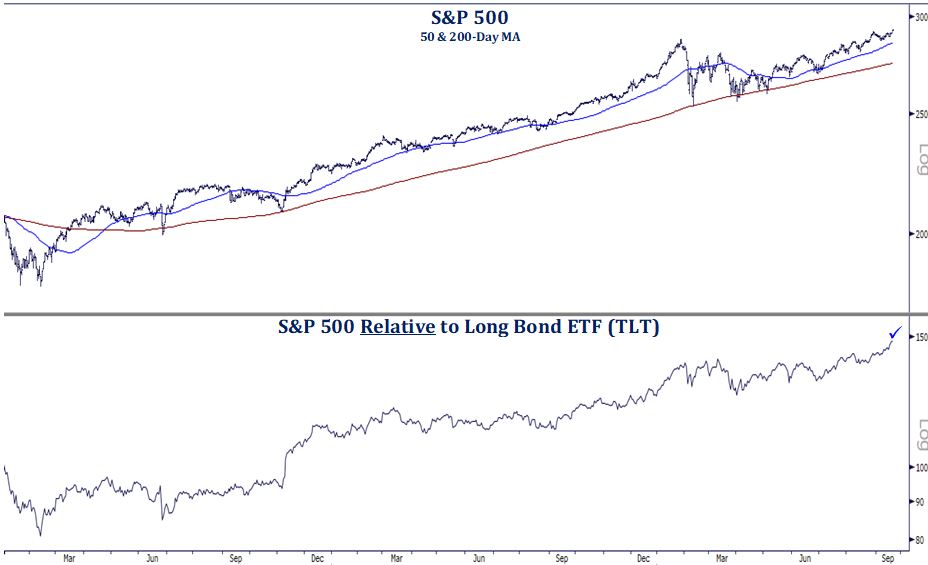 Sohn said it’s not clear at what point bond yields would challenge the stock market, but he believes it would take a yield well above current levels.

Just the fact that the Dow has caught up with the S&P and other indices that have made new highs since January and February’s stock market sell off is a positive. Redler said the Dow joining in shows more broad based buying. That is important, with the market hitting highs even without FANG—Facebook, Amazon, Netflix and Google—in the lead.

The Best Way To Know Bitcoin Is A Conservative Investment

How This Entrepreneur Went From One Employee in a Dark Basement...

Coca-Cola moving ahead with takeover of Nigeria’s Chi juice