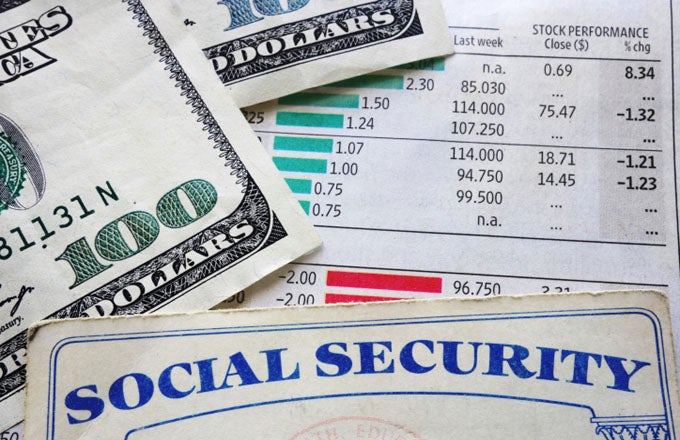 So, what will Social Security realistically look like in the future? Should workers be concerned?

The Future of Social Security

Social Security may look drastically different in the next few decades, especially since the Social Security Administration’s 2018 Trustees Report estimates the funds will be depleted in 2034, based on the current law. Some financial analysts predict the funds could run out even sooner.

Since the current system will not be able to support the Social Security program in the future, changes must be made. Many have speculated on what those changes will be, and the most likely course of action is that benefits will be reduced and the age of retirement will be raised. (See also: 4 Unusual Ways to Boost Social Security Benefits.)

Who Will Be Affected the Most?

Younger workers and individuals who earn more may be hit the hardest. These two groups contribute the most to the fund and could end up reaping the fewest benefits. However, even if the funds were to technically be “depleted,” the Social Security Administration noted, “scheduled tax income is projected to be sufficient to pay about three-quarters of scheduled benefits through the end of the projection period in 2092.”

That being said, if you are planning to retire in the upcoming decade, it is important to use the time you have left wisely. Boost your retirement savings as much as possible while also paying down debt and keeping expenditures low. Social Security payments alone will not cover an average mortgage or living expenses when you are saddled with debt. (For more, see 5 Ways to Supercharge Your Retirement Savings.)

According to the Social Security Administration, in 2018, it will pay 63 million Americans around $1 trillion in combined benefits. This might seem like a lot, but break down those numbers and retired individuals are earning $1,413 per month, on average, and disabled individuals are earning $1,198 per month. Individuals who live off of Social Security benefits alone wouldn’t be living far above the poverty line, which is $1,012 a month for a single person.

So, what can an individual do when retirement is 20, 30 or even 40 years away? The best plan is to start saving now. Take advantage of the time you have and save as much as you can in your 401(k) and/or Roth IRA. Be sure to contribute enough to get your employer’s full match, even if it is a small percentage. Otherwise, you’re throwing away free money. If your company does not currently offer retirement matching, you should still contribute to your retirement account and keep your eye out for positions that offer a better benefits package.

Even if you’re in your 20s, make every effort to save for retirement now – even if you feel you cannot afford it or if you’re not in your dream job. If possible, have retirement savings taken out automatically before you receive your paycheck. This way, you won’t miss the money. Another option is to learn to live off of 98% of your paycheck and invest the other 2%. Then gradually increase the percentage each month while cutting back on spending.

Lyft IPO and PCE Price Index Bring Out the Bulls

A Sunflower Farm Invited Tourists. It Ended Up Like a ‘Zombie...

6 Finance Books Every Child Should Read