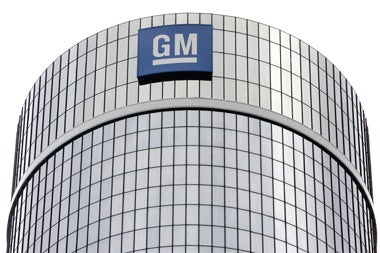 Mary Barra was appointed as General Motors’ CEO in January 2014 when former CEO Daniel Akerson departed from the company. Barra, who is General Motors’ first female CEO, was also elected chairman of the company’s board in January 2016. At the time, Barra was seen as a perfect fit to take the company forward and advise the company’s board due to her extensive experience in engineering and global product development, one of General Motors most critical business areas. Barra has since won a number of industry recognition awards, which include being named one of the 100 leading women in the North American auto industry. According to Barra’s most recent filing with the SEC on February 15, 2018, she is the company’s largest individual shareholder with 520,608 shares of General Motors.

Barra holds a Bachelor of Science in Electrical Engineering and a Master of Business Administration (MBA).

Mark L. Reuss is the current Executive Vice President Global Product Development, Purchasing and Supply Chain at General Motors and leads the program management of cars, trucks and crossovers globally. Reuss is the son of Lloyd E. Reuss who became the eighteenth president of GM in 1990. Reuss is the second-largest individual shareholder of General Motors as of a February 15, 2018 filing with the SEC. He owns 203,934 shares of the company.

Reuss joined the company as an intern in 1983, when he was studying at Vanderbilt University to be a mechanical engineer. He later got his MBA from Duke University.

Dan Ammann is the current president of General Motors and has been in the role since January 2014. Before his role as president, he was the company’s chief financial officer and executive vice president between 2011 and 2014. Ammann initially joined General Motors in 2010 as vice president of finance, and treasurer. He has experience in the financial industry, having held prominent roles with Morgan Stanley (NYSE: MS) in its industrial investment banking division. Ammann is an independent director of Hewlett Packard Enterprise Co. (NYSE: HPE), which provides information technology solutions. Per a February 15, 2018 filing with the SEC, Ammann holds 195,228 shares of General Motors, making him the company’s third-largest individual shareholder.

Ammann holds a bachelor’s degree in Management Studies in Economics and Finance from the University of Waikato.

Without a Rally, Bonds Build a Stronger Case For Resistance

Acting Comptroller of the Currency Discusses Condition of the Federal Banking...

5 Arrested in South Korea For Injecting Crypto Malware in 6,000...