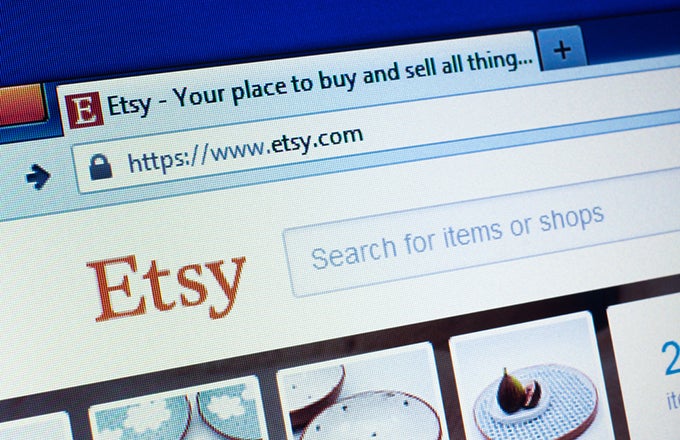 Etsy, Inc. (NASDAQ: ETSY) made its stock market debut on April 16, 2015 with an initial public offering (IPO) of $16 per share. While Etsy’s share price nearly doubled to $31 in the first days of trading, the online retailer quickly entered a period of steady decline that continued into early 2016. After closing at a record low of $6.90 on February 8, 2016, Etsy stock has slowly worked its way back up to $50.01 as of November 7, 2018 market close.

Etsy’s average daily volatility rose to 7.29% for the week of November 8, 2018, with help from several reports issued by Wall Street analysts. RBC Capital Markets rated Etsy at “Sector Perform” in a research note published on Wednesday, posting a price target of $52. Loop Capital gave the stock a “Buy” rating on Wednesday morning while setting a more ambitious price target of $57. Meanwhile, Morgan Stanley rated Etsy an “Equal-Weight” in an October 24, 2018 research note.

Etsy is a peer-to-peer (P2P) e-commerce website where users buy and sell handmade crafts, vintage items, art, and photography. The online marketplace works similarly to Amazon and eBay, only with an emphasis on unique items rather than mass-produced merchandise. The site launched in 1998 and grew steadily in its first decade, making its one-millionth sale in 2007. One year later in 2008, Etsy received $27 million in venture capital funding.

The company announced its IPO in March 2015 and officially went public on April 16 of the same year. After a brief initial surge, the stock began declining, and by mid-June, it had fallen below the IPO price of $16 per share, with analyst Matthew Frankel at The Motley Fool ranking Etsy as “the worst IPO of 2015.” Etsy has faced competition from rival Amazon’s handmade section that launched in 2015 but, despite all of these setbacks, has managed to hold its ground in the emerging e-commerce industry.

How a Day Three Investment Would Have Fared

One way to determine if you should have invested in a company early is to put yourself in the shoes of an investor who got in shortly after an IPO. On April 20, 2015, Etsy’s third day of trading, the stock opened at $28.77 and closed at $24.90. Let’s say you invested in 100 shares of Etsy toward the end of day three when shares were trading at $24.90. Those shares would have cost you $2,490 at the time — and over the next nine months, you would have watched (and maybe winced) as the value of those shares steadily declined.

How the Underground Economy Affects GDP

EOS Alliance Launched to “Empower EOS For All”