The midterm elections failed to deliver any major surprises, which helped stocks move higher last week. At the same time, the Federal Reserve kept interest rates steady in a widely anticipated decision. The central bank noted that economic activity and the job market remain strong. Investors expect the next interest rate hike during the December meeting. 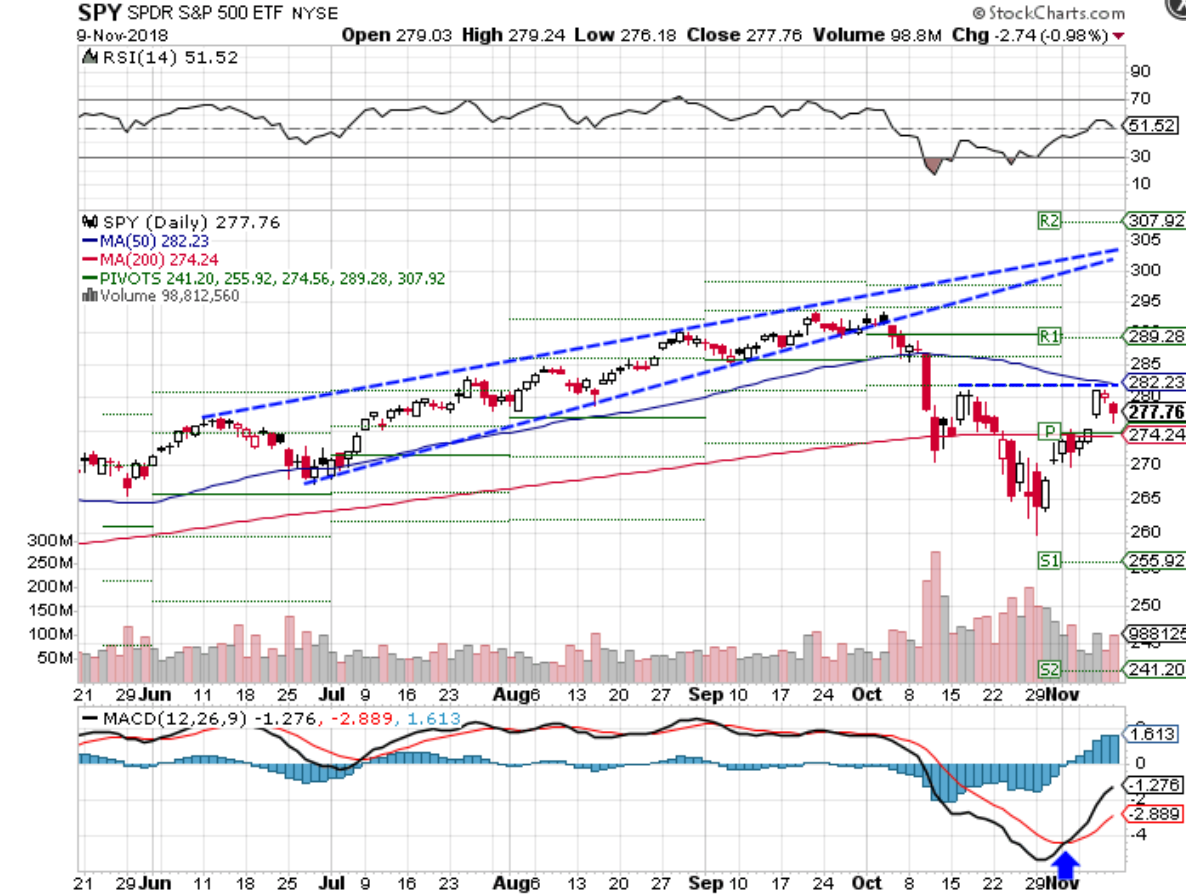 The SPDR S&P 500 ETF (SPY) rose 1.94% last week. After breaking above the pivot point and 200-day moving average at $174.24, the index reached prior reaction highs and turned lower. Traders should watch for a potential double top that could signal a coming bearish downtrend or a breakout from the 50-day moving average at $282.23 to retest R1 resistance at $289.28. The relative strength index (RSI) appears neutral with a reading of 51.52, but the moving average convergence divergence (MACD) remains in a bullish uptrend following its crossover earlier this month. 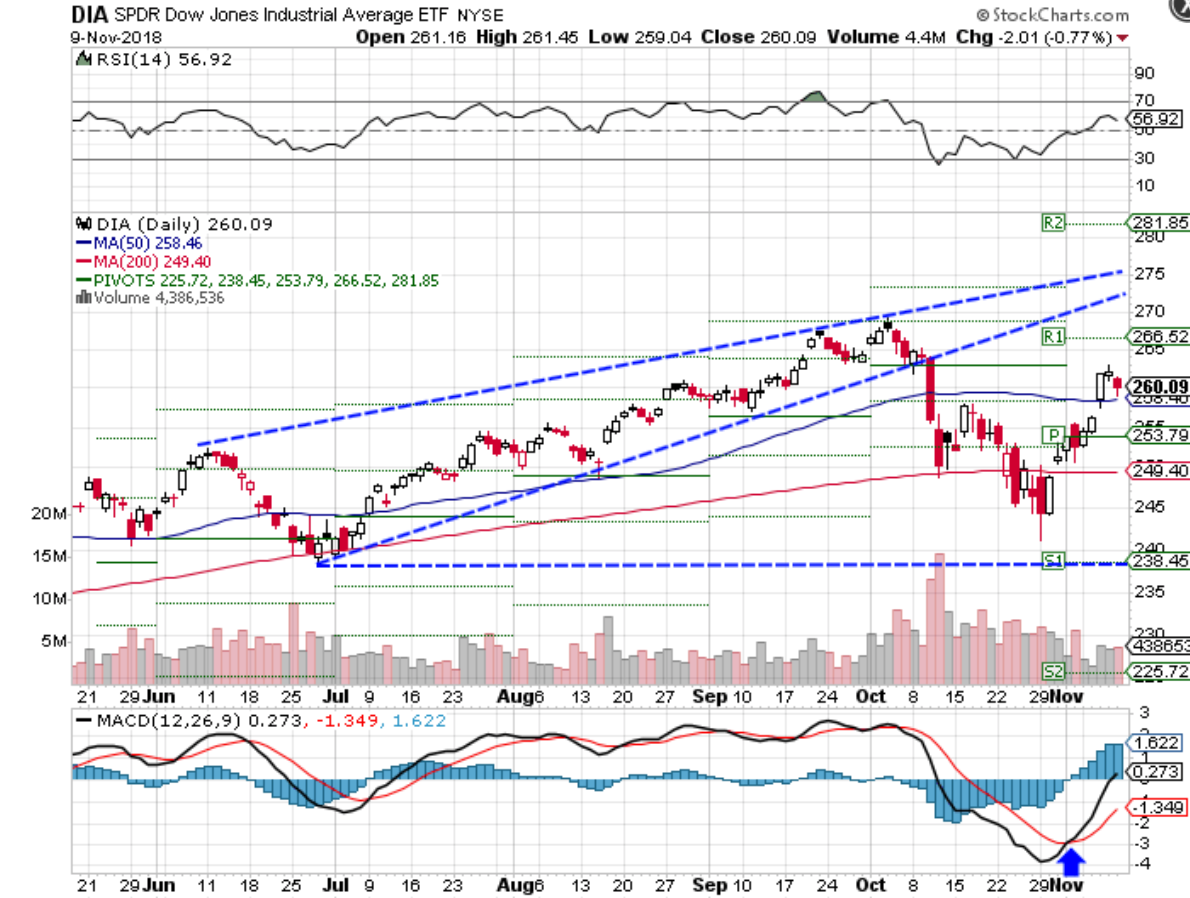 The SPDR Dow Jones Industrial Average ETF (DIA) rose 2.85% last week, making it the best performing major index. After nearing S1 support and prior lows, the index rebounded sharply past its 50-day moving average at $258.46 before giving up a little ground. Traders should watch for a rebound from the 50-day moving average support to R1 resistance at $266.52 or a breakdown from support to the pivot point at $253.79. The RSI appears neutral at 56.92, but the MACD remains in a bullish uptrend following a crossover earlier this month. 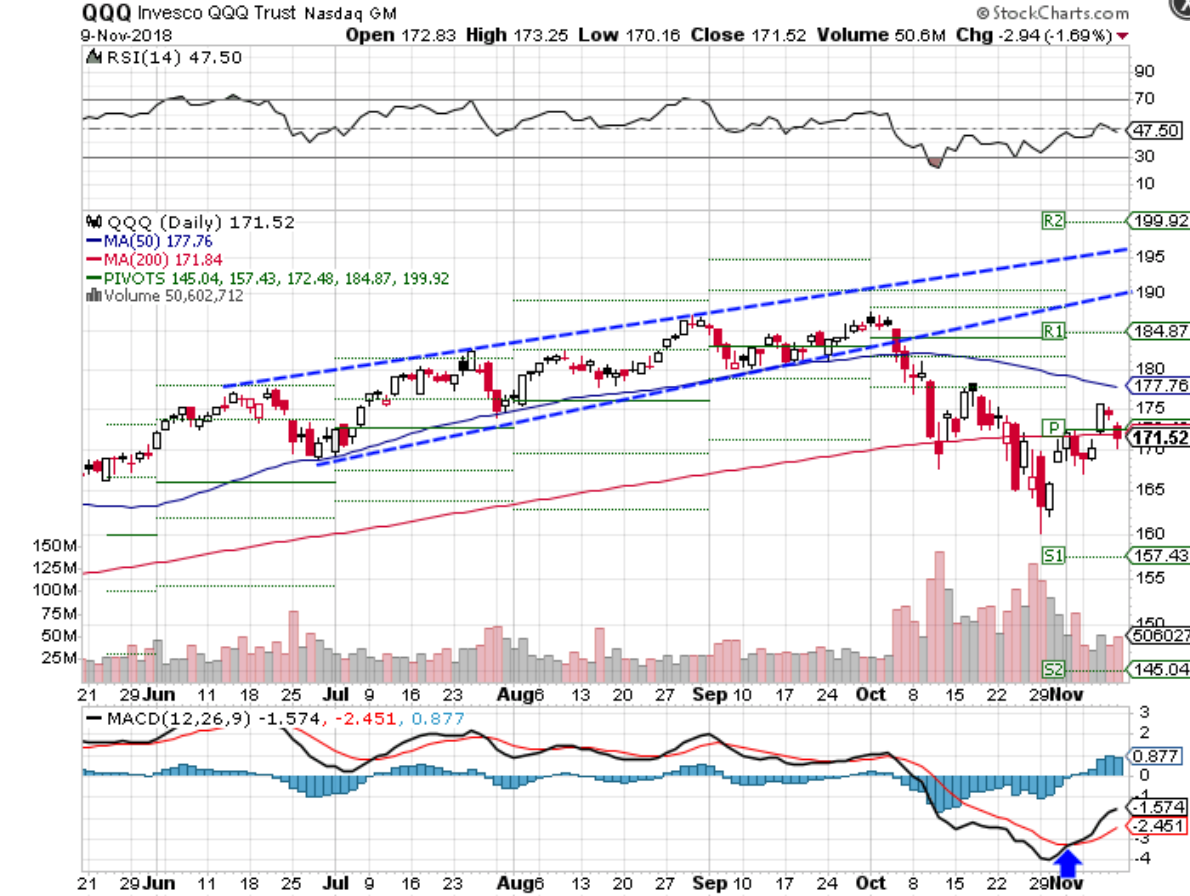 The PowerShares QQQ Trust (QQQ) rose 1.11% last week. After breaking below the 200-day moving average late last month, the index rebounded to that level in recent sessions. Traders should watch for a breakout from these levels to test the 50-day moving average at $177.76 or R1 resistance at $184.87, or a move lower to retest lows near $160.00. Looking at technical indicators, the RSI appears neutral at 47.50, but the MACD remains in a bullish upswing following its crossover. 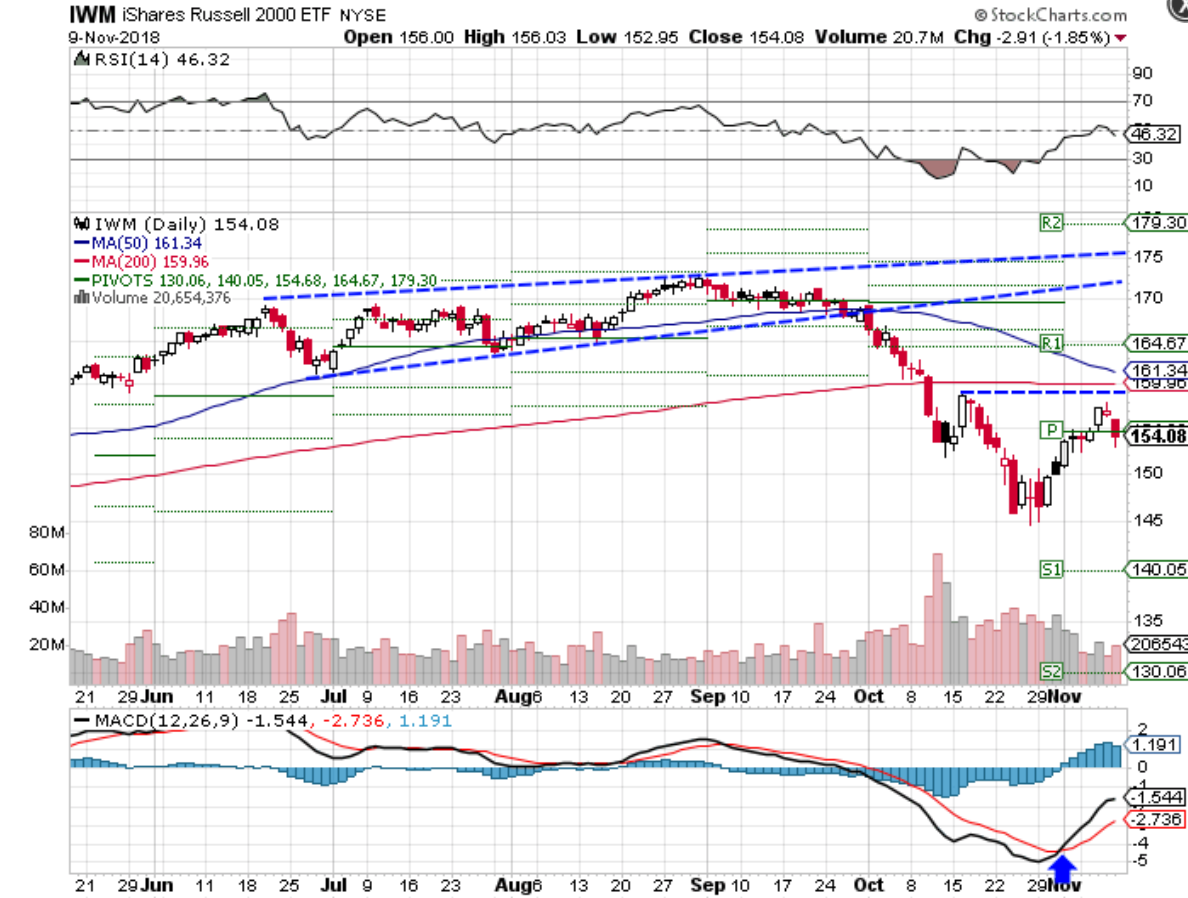 The iShares Russell 2000 (IWM) fell 0.02% last week, making it the worst performing major index. After breaking down from the 200-day moving average early last month, the index moved sharply lower before recovering to the pivot point near $154.68. Traders should watch for a breakout from these levels toward R1 resistance at $164.67, or a breakdown lower to retest prior lows at around $145.00. The RSI appears neutral at 46.32, but the MACD remains in a bullish uptrend after crossing over.

Charts courtesy of StockCharts.com. The author holds no position in the stock(s) mentioned except through passively managed index funds.

How Capital Gains from Mutual Funds Are Taxed in the U.S.

Debit Card vs. Credit Card: How Are They Different?

Goldman Sachs Says These 8 Stocks Can Rise 50% or More

10 Canadian Marijuana Stocks for Your Portfolio