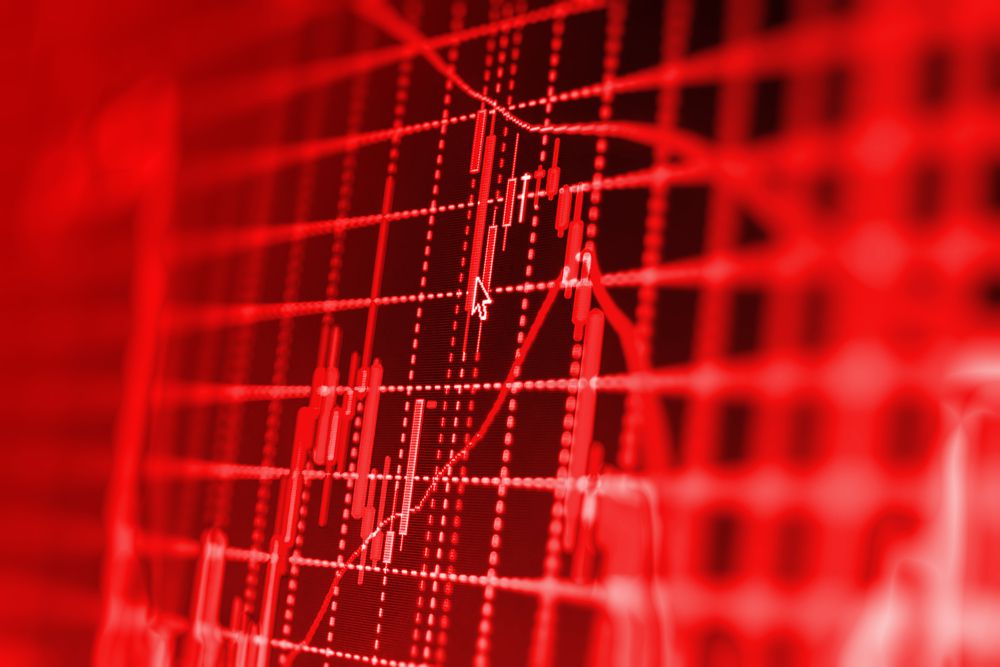 “Another day, another reason to sell risk. Equity markets remain in a world of pain with everyone in search of a very elusive silver lining,” said Stephen Innes at brokerage OANDA

MSCI’s all-country index has spent four weeks in the red, despite intermittent rallies fuelled by hopes of trade war detente. The pessimism has been exacerbated by data showing the world’s largest economies — the United States, China, Japan and Germany — are all headed for slower growth.

That pushed the index 0.5 percent lower, while a pan-European index fell almost one percent by 0930 GMT and U.S. equity futures were down 0.5 percent, suggesting more pressure on Wall Street later in the session.

Last week’s arrest of the chief financial officer of Chinese smartphone maker Huawei for extradition to the United States was seen putting up another hurdle to the resolution of a trade war between the world’s two biggest economies.

U.S. trade representative Robert Lighthizer said Sunday there was a “hard deadline” to the 90-day trade ceasefire and without a successful end to talks by March 1, Washington would impose new tariffs on Chinese goods.

“The trade theme will preoccupy the markets through the 90-day truce period between the United States and China, waiting for any signs of concession between the parties,” said Soichiro Monji, senior economist at Daiwa SB Investments in Tokyo.

Economic data has disappointed, too, underscoring the impact of the trade wars on the world economy.

However, the yuan sagged to a one-week low after the weak data.

“(The data) would suggest China woes go well beyond U.S. tariffs, given that China trade surplus to the U.S. was at a record level. One can only imagine the impact on China terms of trade if the U.S. follows through with a 25 percent tariff,” Innes of OANDA said.

Japan posted the worst contraction in over four years in the third quarter as uncertainty over global demand and trade saw companies slashing capital spending.

The slowdown signs also have pummelled oil prices, which have slumped around 30 percent since early October. Brent futures rose 0.2 percent to $61.90 a barrel after producer club OPEC and some non-affiliated producers announced a supply cut.

DATA AND DOLLAR, PARLIAMENT AND PROTESTS

The U.S. jobs data weakened the dollar by convincing many that U.S. growth has peaked and the Federal Reserve will pause its rate tightening sooner than previously thought. Last week, the dollar posted its worst performance since August against a basket of currencies.

The dollar was a touch firmer on Monday but stayed near two-week lows. The euro rose 0.3 percent at $1.1418.

European investors were keeping their eyes on events in Britain and France.

While that raises fears of a chaotic exit in March, those hoping for a no-Brexit outcome were encouraged by a ruling from the EU’s top court that Britain can revoke its decision to leave the bloc without the consent of other EU members.

French hotel, transport and retail stocks fell. The yield premium investors demand to hold French bonds over German peers rose to the highest since May .

President Emmanuel Macron, already forced to row back on fuel tax increases, will make a televised address at 1900 GMT.

“Concern about a bit of political and fiscal capitulation is rarely good for a bond market,” said Chris Bailey, European strategist at Raymond James.

GAO calls for more scrutiny of FHA loans for seniors

International buyers are dropping out of US housing market

Suburbanites flocking to the city are looking for some of the...

How the Peg Ratio Can Help Uncover Value Stocks

I’ve never seen market FOMO like this in my life

3 Charts That Suggest IPOs Belong in Your Portfolio