A veteran economic forecaster is worried the Federal Reserve and Wall Street are looking at inflation all wrong.

According to Economic Cycle Research Institute co-founder Lakshman Achuthan, they’re largely missing a critical economic trend that shows inflation is in a downturn.

“Inflation is cyclical, and I don’t think everybody really understands that — in particular, the Fed and a lot of market participants,” he said Wednesday on CNBC’s “Trading Nation.” “They’re looking at the level of inflation, and it’s generally up there around near target. But what’s really important is the direction.”

Achuthan highlighted a chart as evidence the inflation cycle is rolling over. He believes it could have market-moving consequences because it could affect the Federal Reserve’s interest rate policy. 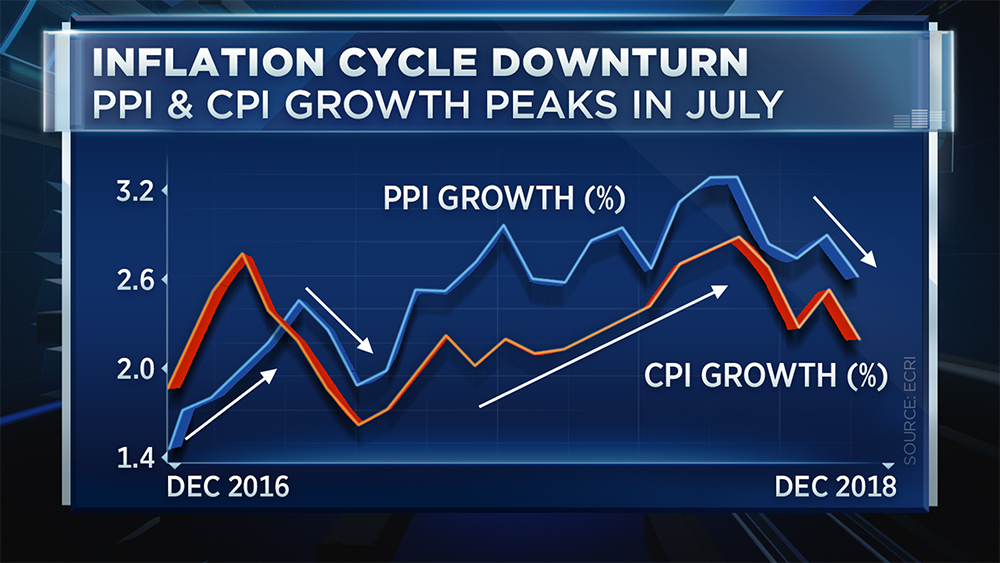 “This is just a couple years of inflation cycles here,” he said. “We have PPI growth now and CPI growth both sitting at around 10 and 11 month lows. It’s not simply about oil. The peak in these things happened back in July.”

Achuthan, a self-proclaimed former super bull, has been bearish this year. On “Trading Nation” last April, he turned sour on economic growth because leading indicators were pointing to a slowdown that was picking up momentum.

For Achuthan to become bullish again, he said two things need to happen: The Fed must become more aware of the inflation downturn and leading growth indicators must turn up. The Fed meets on Tuesday and Wednesday to decide whether to raise rates for the fourth time this year.

“With inflation ticking lower, they should consider stopping. But fixated on a 49-year low in the jobless rate and a 9 ½-year high in wage growth, it’s not clear that they will stop just yet,” Achuthan told CNBC by email.

China’s Local Equity Market: ‘…How and Where and Who’