Over the last several years, the phrase “artificial intelligence” (AI) has become one of the hottest ones in the semiconductor industry. Many chip companies, ranging from the large and established to the plucky start-ups, are trying to capitalize on the long-term opportunities in AI processing.

And, to be frank, it’s not obvious which makers of AI processing chips will ultimately succeed in capturing a large portion of the industry’s revenue and profits over the long term. 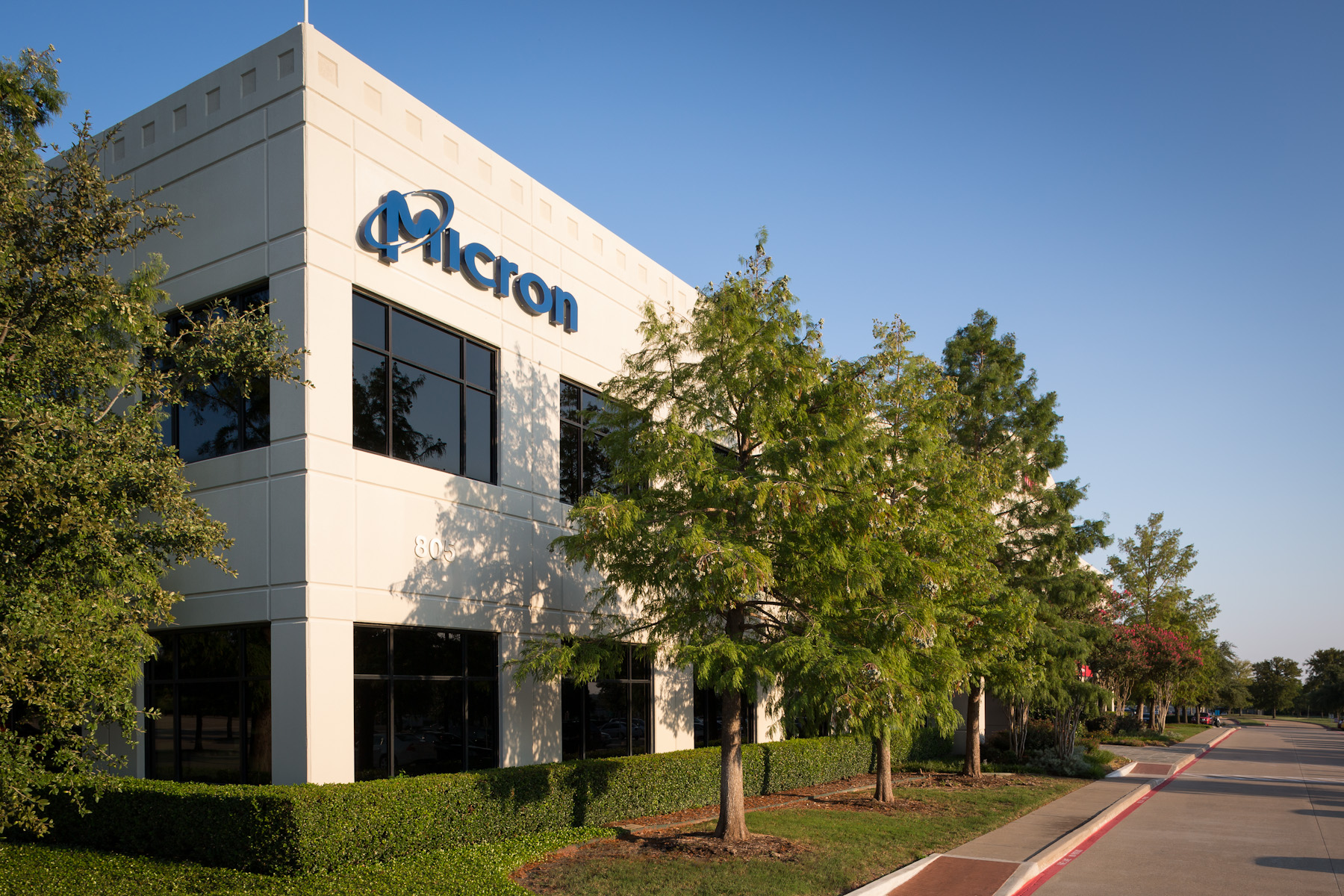 There is one way that investors can gain exposure to the rising AI tide, and that’s by investing in makers of components that will be required for AI processing irrespective of the maker of the processors themselves — computer memory manufacturers.

One such manufacturer is memory specialist Micron (NASDAQ: MU) . Let’s take a closer look at how the company looks poised to benefit from the proliferation of AI processing over the long run.

The AI in your pocket

During Micron’s most recent earnings call , CEO Sanjay Mehrotra argued that mobile devices like smartphones will continue to see increases in memory content (both DRAM, which is used as system memory, and NAND flash, which is used for storage) “driven by broader use of artificial intelligence, and the increasing number of cameras in the average smartphone.”

“These elements will become pervasive while the industry readies for 5G implementation,” Mehrotra added.

While the rise of on-device AI processing looks poised to boost the amount of memory content required in client devices like smartphones, the opportunity for AI in data center applications is arguably a much richer one for memory makers like Micron.

There are a multitude of computer architectures being used for AI processing in the data center market today: traditional CPUs, GPUs, FPGAs , and, increasingly, specialized chips known as application-specific integrated circuits (ASICs) that are designed to perform a specific function far faster and more efficiently than a more general purpose solution can.

There will certainly be robust arguments around which of these big-picture architecture types will dominate AI workloads over time, as well as whether merchant vendors of processors will prevail or whether large companies will simply choose to design their own processing elements, but as far as Micron is concerned, that’s a non-issue.

Today, traditional CPUs in data centers are paired with massive amounts of a type of DRAM known as DDR4. Data center-oriented GPUs tend to use more specialized types of DRAM — either GDDR (which stands for “Graphics DDR”) or a type of stacked memory known as high bandwidth memory (HBM). High-end FPGAs and many of the specialist AI ASICs that are out today or are being developed also seem to favor HBM, as well.

Micron currently has exposure to the data center market via its standard DDR offerings. In fact, at the company’s 2018 analyst day, it disclosed that a whopping 29% of its DRAM revenue during the first half of 2018 came from sales in the server market. At that same analyst day, the company disclosed that it’s working to bring its own HBM products to market — something that should boost its overall data center DRAM revenue and, ultimately, allow it to better participate in the market for AI processing.

Finally, Micron is working to develop products based on its 3D XPoint technology — a type of memory that’s persistent like NAND flash but is so much faster than NAND that it can, in some cases, serve as a substitute for DRAM. At Micron’s analyst day, the company indicated that 3D XPoint memory products would be useful for machine learning, big data, artificial intelligence, and in-memory computer applications.

Right now, Micron and the rest of the memory industry are facing downward pressure on revenue and profits thanks to an oversupply of both DRAM and NAND flash. Indeed, that’s why analysts currently project that the company will generate $7.68 in earnings per share (EPS) in its fiscal-year 2019, down from $11.95 in the prior fiscal year. Analysts are expecting the pain to persist into the following year, during which they expect EPS to drop to $6.53.

However, the memory market is inherently cyclical, so at some point the DRAM and NAND markets should bottom out, and Micron’s EPS should start growing again. Moreover, some — like Micron’s Mehrotra — argue that “the memory industry is structurally stronger, with more diversified demand drivers and moderating supply growth capability.”

So, for investors interested in capitalizing on the rise of AI and are willing to bet that Mehrotra’s longer-term view of the memory industry is on point, shares of memory makers like Micron could be attractive.

10 stocks we like better than Micron Technology
When investing geniuses David and Tom Gardner have a stock tip, it can pay to listen. After all, the newsletter they have run for over a decade, Motley Fool Stock Advisor , has quadrupled the market.*

David and Tom just revealed what they believe are the 10 best stocks for investors to buy right now… and Micron Technology wasn’t one of them! That’s right — they think these 10 stocks are even better buys.

$3 gasoline is coming soon as demand jumps and crude oil...

Flipping homes for big profits is getting harder in Tampa Bay

Bitcoin Price (BTC) Staging Another Dip Before It Could Recover

The Fed Drained $20 Billion From Its Balance Sheet

These 3 Dow Stocks, This Hot Chipmaker, United Airlines Earnings On...