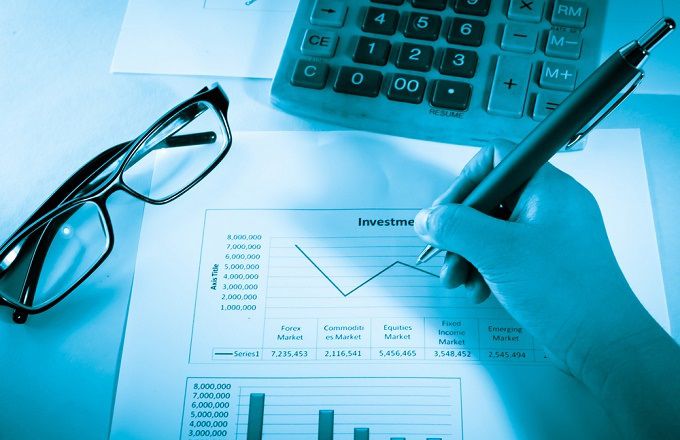 On Friday, we learned that the Chinese trade delegation will be extending its visit to Washington DC, which was interpreted as a sign that progress is being made toward a new U.S./China trade deal. The major stock indexes performed well, with technology and industrials leading the way.

My optimism is growing that the industrial, technology and commodity sectors will continue to the upside as investors price in a greater likelihood that President Trump will refrain from applying a new round of tariffs on U.S. businesses importing goods and products from China.

Largely due to gains in the energy sector, broad commodity indexes have already confirmed bullish technical signals to the upside. For example, although there were some retracements today, the iShares S&P GSCI Commodity ETF (GSG) has continued to break out of its confirmed inverted head and shoulders pattern.

The S&P 500 also continued to rise and ended its fourth consecutive week of gains at the close today. I am still a little concerned that the market is becoming overbought and is due for a consolidation, but betting against the trend seems unwise without any changes in the underlying fundamentals.

From a technical perspective, I suggest monitoring 2,800 on the S&P 500 for signs of resistance. With tariff talks continuing next week, I would not be surprised to see investors hedge in front of a potential breakdown in the talks. It wouldn’t be out of the ordinary to see the index give up 50 points or more while traders wait for an agreement to be announced.

I usually focus on market risk indicators when evaluating sentiment. However, today I want to focus on a trick I have recommended many times to investors looking for individual stocks that may have a bias to the downside. This technique can be handy for avoiding risky stocks or when looking for bearish opportunities.

The average long-term risk adjusted returns for large mature companies that have completed a major merger or acquisition is one of the worst (next to biotechnology) in the market. We saw an excellent example for why that is the case today with the collapse of The Kraft Heinz Company (KHC).

The issue is that M&A activity is frequently overvalued at the time the deal is completed. If you think about the individual roles on each side of the transaction, it should make sense why even the best-case scenario is a zero-sum return for a business combination between large mature companies.

Imagine that you are in charge of Company-A that wishes to acquire Company-T, which has a current market capitalization of $1 million. You wish to do this because you believe that combining A and T would generate $1.3 million in value. Now switch places and assume that you are in charge of Company-T and you have access to the same kinds of information that Company-A has. You should know that your firm is worth $1.3 million to Company-A as well.

Investors rarely ask why Company-T should be willing to sell itself to Company-A for less than what it knows it is worth? If we assume that A’s and T’s management teams are both rational agents, then we have to assume that there is no excess value available from the merger because Company-T’s shareholders will insist on being paid the full value for the firm.

This problem has played out out over and over again, and the market’s reaction to Kraft Heinz’s write down of $15.4 billion of its assets today is another good example. The Kraft Heinz merger was in large part sold to investors as a way to save on costs – which was accomplished to some extent but at the sacrifice of actually managing the combined behemoth while the retail food market changed.

Experienced investors often use M&A activity as a sign that the market itself is strong because these deals are so often doomed and incredibly risky. Everything has to go right in order for them to work out well for shareholders, so increased M&A activity is considered a sign that managers are willing to take risks (even if ill-considered).

My recommendation is to use M&A activity as a way to build a watch list of risky stocks either for bearish speculation when the market is weak, or just to avoid because they have a historically disproportionate risk/reward profile after the merger.

In addition to trade talks, next week should be interesting from an economic perspective. Consumer confidence numbers will be released on Tuesday, which could create some volatility if the numbers dip like retail sales did last Wednesday. The Fed Chairman Jerome Powell will also be testifying to both houses of congress next Tuesday and Wednesday, which I expect will be closely watched for signs that he is more concerned about growth than the committee has already revealed in the FOMC minutes. Finally, advance GDP numbers for the first quarter will be released on Thursday, which includes new inflation data. It will be a good week to stay flexible and focus on risk control.

The 3 Reasons Why Chinese Invest in Africa

Yes, The Worst is Finally Over for the Crypto Market

Davenport-area home values are on the rise

Zillow downgraded on ‘greater risk’ to profits from mortgage lending