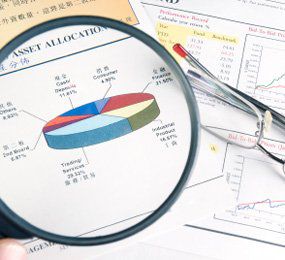 The Dow vs. the Nasdaq: An Overview

“The Dow” actually refers to the Dow Jones Industrial Average (DJIA), an important index that many people watch to get an indication of how well the overall stock market is performing.

The Dow, or the DJIA, is not the same as Dow Jones and Company, the firm that is owned by News Corp. and publishes the Wall Street Journal. Rather, the gauge is one of many indexes owned by S&P Dow Jones Indices LLC, a joint venture of S&P Global (SPGI), CME Group Inc., and News Corp.

The Dow Jones Industrial Average (DJIA) is a price-weighted average of 30 significant stocks traded on the New York Stock Exchange (NYSE) and the Nasdaq. The DJIA was invented by Charles Dow in 1896. It measures the performance of some the United States’ biggest, “blue chip,” companies. The industrial part of the name is largely historical; very few of the index’s component companies have anything to do with heavy industry anymore.

The Nasdaq is also a term that can refer to two different things: first, it is the National Association of Securities Dealers Automated Quotations exchange, the first electronic exchange that allowed investors to buy and sell stock on a computerized, speedy, and transparent system, without the need for a physical trading floor. The second reference refers to an index. When you hear people say that the “the Nasdaq is up today,” they are referring to the Nasdaq Composite Index, which, like the DJIA, is a statistical measure of a portion of the market.

Both the Dow and the Nasdaq, then, refer to an index, or an average of a bunch of numbers derived from the price movements of certain stocks. The Nasdaq Composite contains all of the companies that trade on the Nasdaq. Most are technology and Internet-related, but there are financial, consumer, biotech, and industrial companies as well. The Nasdaq Composite tracks more than 3,300 stocks. The DJIA is composed mainly of companies found on the New York Stock Exchange (NYSE), with only a couple of Nasdaq-listed stocks such as Apple (AAPL), Intel (INTC), Cisco (CSCO), and Microsoft (MSFT).

What’s The Difference Between The Dow And The Nasdaq?

47% of South Africans Plan to Invest in Cryptocurrencies

The Unbanked is the Biggest Untapped Market for Crypto : CryptoCurrency

Overbought or Oversold? Use the Relative Strength Index to Find Out

Loans, HomePath and All You Should Know