Off-price leader TJX Companies (NYSE: TJX) made some uncharacteristic missteps in 2017 (the company’s 2018 fiscal year). However, it quickly recovered and has posted consistently excellent results over the past year.

The company continued its winning streak in the fourth quarter, once again demonstrating the value of its brick-and-mortar business model. Indeed, TJX’s strong profitability, rapidly rising store traffic, and ample growth opportunities make it a better bet for investors than rivals like Target (NYSE: TGT) that are also posting strong comp sales growth.

TJX started fiscal 2019 in solid fashion with a 3% comp sales gain in the first quarter. Growth accelerated in the second quarter, with comp sales rising 6%. The third quarter was even better, as comp sales surged 7% — although to be fair, the company was facing an easy comparison, having posted flat comp sales in the prior-year period.

For the first three quarters of fiscal 2019 as a whole, total sales rose 11.8% to $27.8 billion. Meanwhile, earnings per share surged 33% to $1.77 (adjusting for a recent stock split and a pension settlement charge). Excluding the benefit of federal tax reform, adjusted EPS still rose a solid 14% year over year.

On Wednesday, TJX reported that comp sales grew 6% last quarter. That would be a great result under any circumstances, but it was particularly impressive because it came on top of a 4% comp sales increase in the fourth quarter of fiscal 2018. All of TJX’s divisions reported strong growth, and management noted that higher customer traffic was the primary driver of this growth. 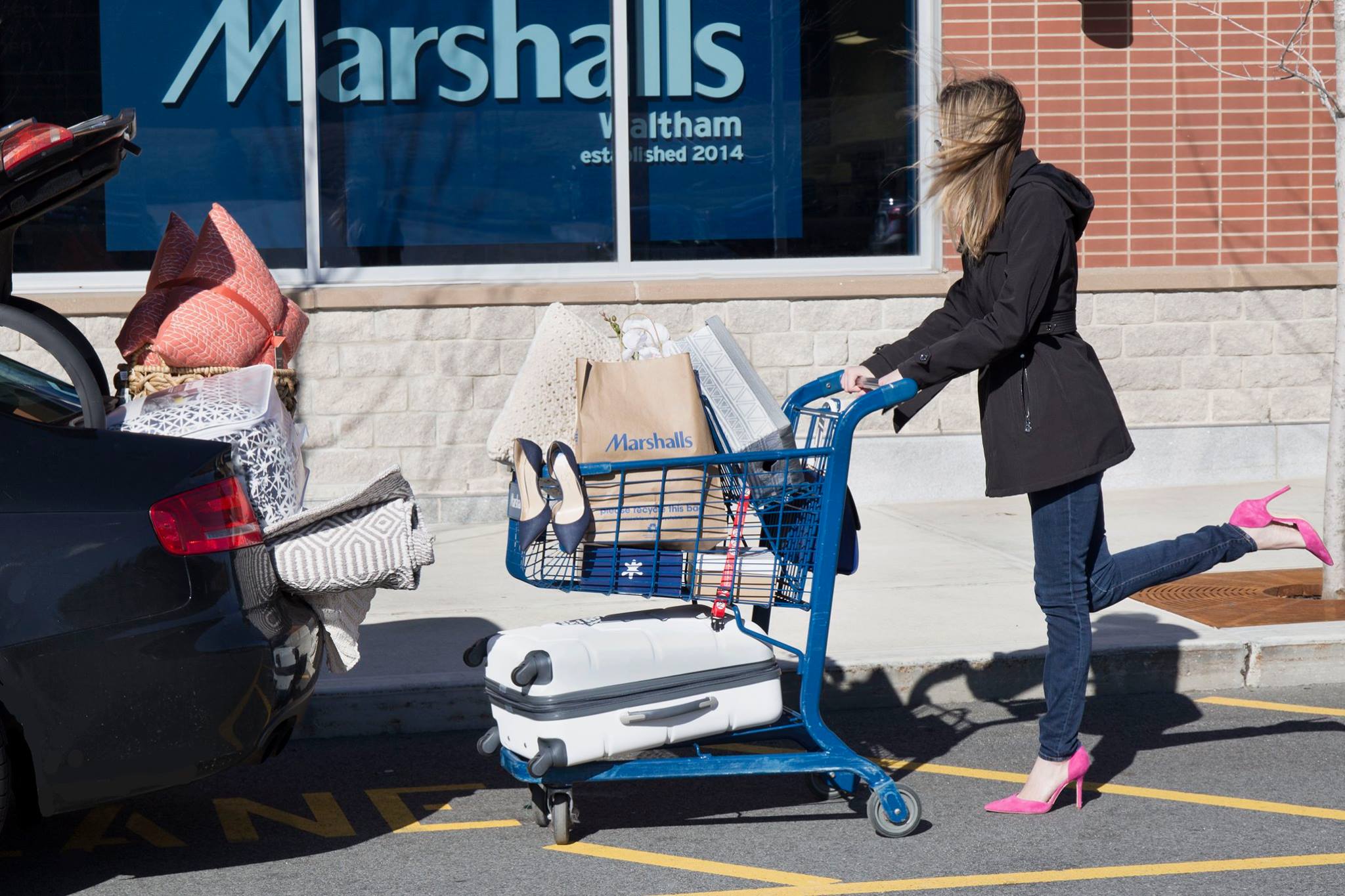 Customer traffic is soaring at all of TJX’s retail banners. Image source: Marshalls.

Total sales rose just 1.5%, mainly because there was an extra week in the fourth quarter of fiscal 2018. Meanwhile, EPS ticked down to $0.68 from $0.69 a year earlier. Even after adjusting for the extra week a year ago, the change in TJX’s tax rate, and an impairment charge, EPS would have been flat year over year. Rising labor and freight costs, the timing of certain expenses during the year, and unfavorable foreign currency movements all weighed on EPS last quarter .

The earnings growth slowdown may continue

On a fully comparable basis — adjusting for the extra week in fiscal 2018, tax changes, and other special items — TJX grew its EPS about 9% last year. That’s an enviable result. On the other hand, earnings growth slowed dramatically toward the end of the year.

Management expects the tough earnings trend to continue in the coming year. TJX’s initial full-year outlook for fiscal 2020 calls for 2% to 3% comp sales growth and for adjusted EPS to rise 4% to 6% to a range of $2.55 to $2.60. Freight costs and labor costs will continue to be a significant drag on earnings, especially early in the year. In fact, TJX said that EPS will likely decline to $0.53 or $0.54 this quarter from $0.56 in the prior-year period.

That said, investors should remember that TJX routinely offers conservative projections. At this time last year, management was forecasting comp sales growth of just 1% to 2% for fiscal 2019. TJX ultimately posted 6% comp sales growth, allowing it to beat the high end of its initial earnings guidance despite facing a huge unexpected headwind from surging freight costs.

TJX is one of several big brick-and-mortar retailers that is posting strong growth despite the e-commerce revolution. Target is another such retailer that has won plaudits recently. Indeed, Target is on track to end the year with 5% comp sales growth. Comp sales rose 4.9% through the first three quarters of the year — driven entirely by traffic growth — and surged 5.7% in the November-December holiday shopping period.

However, e-commerce growth has driven more than 30% of Target’s comp sales growth this year, whereas TJX excludes e-commerce from its comp sales metrics. That’s important, because while boosting sales in each store tends to drive margin expansion (by stretching fixed costs further), e-commerce sales are typically less profitable than in-store transactions. As a result, Target has been posting negligible growth in pre-tax income recently.

In addition to having stronger brick-and-mortar comp sales growth than Target, TJX also has vastly more room to expand its store footprint. New stores have boosted Target’s sales by less than 1 percentage point over the past year. By contrast, TJX increased its retail square footage 4% last year and management sees room to grow the store count by at least 40% in the coming years.

10 stocks we like better than The TJX Companies
When investing geniuses David and Tom Gardner have a stock tip, it can pay to listen. After all, the newsletter they have run for over a decade, Motley Fool Stock Advisor , has quadrupled the market.*

David and Tom just revealed what they believe are the ten best stocks for investors to buy right now… and The TJX Companies wasn’t one of them! That’s right — they think these 10 stocks are even better buys.

what are they & why should you care?

Apple in talks to buy cobalt directly from miners: Bloomberg

A Billion People Will Be Using Cryptocurrency in 5 Years: Coinbase...