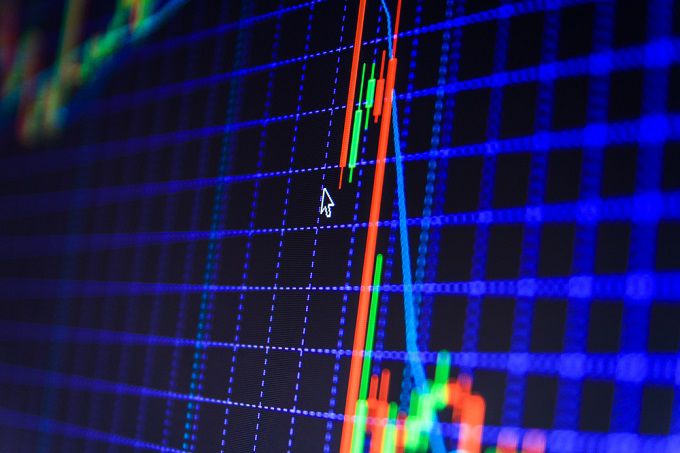 Given all of the major, potentially market-moving events and conditions we’re expecting in the month ahead, here are the key charts and price levels that investors should be watching in March 2019. Markets move based on a wide variety of macroeconomic and political factors.

Among the most important and heavily anticipated of these factors slated for March will be: the monthly U.S. jobs report, the Federal Reserve’s next FOMC decision, Brexit Day, and a likely U.S.-China trade summit at President Trump’s Mar-a-Lago club. In one way or another, the five charts featured below will be impacted by one or more of these factors.

This is an obvious one. In case you haven’t been following developments coming out of Europe, Brexit Day is fast approaching. This is the date – March 29 – when the U.K. is supposed to leave the European Union. Of course, there’s been massive political chaos in the run-up to this date, and we still don’t know whether Brexit will go on as planned, will be delayed, or will just fail altogether. What ultimately happens is almost certain to make a large impact on the British pound, just like the original Brexit referendum in mid-2016 did.

Recently, the pound rallied against both the euro and the dollar after UK Prime Minister Theresa May promised Members of Parliament the possibility of delaying Brexit until a deal can be agreed upon between the UK and EU. Generally, the pound has fallen on fears of a hard (or “no-deal”) Brexit, while the currency has rallied on the prospects of a Brexit delay or another public referendum.

From a technical perspective, the chart above shows the GBP/USD (British pound vs U.S. dollar) generally on a rebound from its December and January double-bottom lows. Since those lows, GBP/USD has risen well above both its 50-day and 200-day moving averages, and has climbed up to hit key resistance around the 1.3300 level. The weeks ahead leading up to the scheduled Brexit Day will be critical in determining the direction of the pound. Any sign of a Brexit deal or a delay should be positive for GBP/USD. A breakout above the noted 1.3300 resistance level would be significantly bullish, potentially leading the way towards 1.3700.

The 10-year yield has been falling since it double-topped around 3.250% in October and November. This drop has occurred as the Federal Reserve has become increasingly concerned about economic growth. During this time, the Fed’s language and decisions have become progressively more dovish and hesitant in raising interest rates further. The expected interest rate trajectory has therefore become much less steep than it had been last year.

In March, both the next major FOMC decision on March 20 and the monthly U.S. non-farm payrolls jobs report on March 8 could play a major role in the direction of the 10-year yield. As of the beginning of March, the futures markets are overwhelmingly pricing-in no rate hike from the Fed (more than 98%). Clearly, in the exceptionally unlikely event that we do get a rate hike then, the 10-year yield could surge sharply. In the absence of that happening, the yield will likely continue its downtrend given the increasing concerns over the economy and global growth.

In March, if the yield remains below the 2.800% resistance level, lower interest rate expectations could pressure the 10-year yield towards the 2.500% level and below.

At the very beginning of March, the price of gold fell sharply, but much of that was due to a stronger U.S. dollar. Prior to this drop, gold had been on a sharp rally since its mid-August lows around $1160. There were a few factors helping to boost the price of gold during that time. One of these factors, already mentioned, was falling interest rates as shown in the U.S. Treasury 10-year yield since November. When interest rates fall, non-interest-bearing gold has less competition from interest-bearing instruments. So gold prices and demand for gold tend to rise.

Also, gold is considered a safe-haven investment, which means investors buy gold when concerns or fears about global political and economic conditions increase. As noted, there are many potential risk factors in March and on the horizon. Concerns about U.S.-China trade negotiations, Brexit, and slowing global economic growth could continue to boost the price of gold.

As of the first day of March, the drop in gold has tentatively pressured price below its 50-day moving average for the first time since November. But with interest rate expectations falling and key risk factors looming, gold is likely to recover. With any climb back above the $1300 level, the next major upside target is around $1360, which represents last year’s highs.

As equity markets have made a dramatic rebound and recovery from late December lows, the Volatility Index, or VIX, has come down sharply from its highs. The VIX, also known as the “fear gauge,” is a primary measure of fear and volatility in the markets as measured by S&P 500 index options volatility. As shown on the VIX chart, the big December spike in volatility mirrors the big December drop in stock prices.

While this shows a high level of complacency in the markets at the current time, the risk factors on the horizon remain. Particularly in March, U.S.-China trade, Brexit, the Fed decision, and slowing economic growth could all play a role in boosting the VIX once again.

We’ve mentioned U.S.-China trade multiple times, and for good reason. It’s on the minds of investors. Not only have recently positive developments in trade negotiations between President Trump and Chinese President Xi helped boost U.S. markets, but they’ve also done wonders for the Chinese markets. The Shanghai Composite is an index of all stocks traded on the Shanghai Stock Exchange, which is the largest stock exchange in China.

From its early January double-bottom low, the Shanghai Composite has risen a full 22% (as of the 3/1/2019 market close) – not a small feat for an index. This even beats the performance of the S&P 500 in the same time period. In the process, the Shanghai index has climbed sharply above both its 50-day and 200-day moving averages.

Again, March will be critical for the SSEC, with the planned summit between Trump and Xi slated for late March at Trump’s Mar-a-Lago. With any further positive developments between the two Presidents in March, the Shanghai Composite is likely to further its rally. The next major resistance level to the upside is around the 3,045 level. With any breakout above that level, the next major bullish target is around 3,220.

Federal regulators should speak with one voice on CRA: Fed’s Brainard

A playbook for adapting to digital workplaces

Lower mortgage rates lead to a refinance rush in the Twin...

Here’s how to support International Women’s Day all year

Bank stocks fall the most in more than a year, enter...