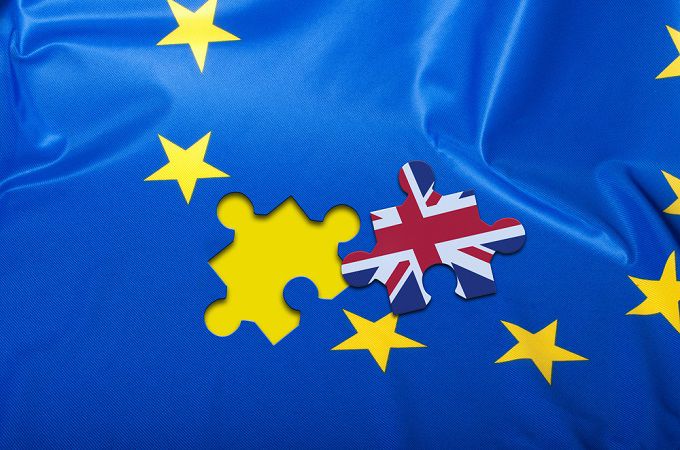 As I have discussed several times in the Chart Advisor, Brexit represents an existential threat to the U.K. and European economies. A serious contraction in those economies would have a profound impact on the U.S. and Asian markets as well.

Although there are many risks associated with Brexit that should worry U.S. investors, I believe the two most pressing risks are:

However, as dire as all this sounds, the risks of Brexit may be receding slightly. The U.K. Parliament rejected Prime Minister Theresa May’s proposed Brexit deal (again) and voted today to reject a “no-deal Brexit” by leaving the EU on March 29 without an agreement.

As you can see in the following chart, the GBP/USD exchange rate strengthened in favor of the GBP after the vote; it has climbed back through the neckline of an inverted head and shoulders pattern. The pressure on the U.S. dollar will likely be lifted some as U.K. and European stocks follow the GBP higher.

There is a possibility that investors are making a big bet based on too much optimism. The original Brexit vote on June 16, 2016, was also supposed to have failed. Since I can’t predict the future, I will keep my analysis conditional on new information, but at this point, it seems likely that some of the risk that has been stunting market returns in 2018-2019 may be declining.

The S&P 500 rallied today at the beginning of the session before losing some ground just before the Brexit vote. As you can see in the following chart, although prices have been rising this week, today’s rally paused in the 2,800 range again. As I discussed in the Chart Advisor yesterday, a break to new highs will likely take better performance in small caps and stronger economic data.

Although most risk indicators have provided some confirmation (or at least avoided disconfirmation) of the rally this week, government bonds remain stubbornly high. For example, as you can see in the following chart, the iShares 20+ Year Treasury Bond ETF (TLT) gave up very little ground today and only gained yesterday.

A positive correlation between long-term Treasury bonds and stocks is usually a bad sign for stocks. If investors are willing to take on more risk, the price of bonds usually falls as investors seek higher yields. My analysis shows that, on days when both TLT and the S&P 500 are up more than +0.30% in a single day, the net return over the next three trading sessions has been net-negative 65% of the time.

I don’t think I can fully explain the reasons why this short-term signal plays out like it does. I suspect that it is because market breadth or institutional participation is low on the day both assets classes move higher. Although today’s performance in stocks didn’t play out typically, volatility was still very high, which is the least I would have expected after the strong correlation yesterday.

Because Brexit news dominated the trading session, some investors may have missed the fact that durable goods orders were released today. This announcement is important because it signals demand from consumers and businesses for equipment and products with a useful life of three years or longer.

Fortunately, the report showed that orders were up on an adjusted basis, but the gains were relatively moderate. The data justifies a positive outlook for the economy in the short term, but growth rates this low won’t improve estimates for GDP growth that have been hurt by President Trump’s trade war.

Great Marketing Strategies You Can Steal From the Most Successful Super...

Bitcoin ATMs Targeted by Malware for Sale in Underground Markets