Spotify’s recent acquisition of privately held Gimlet Media and Anchor is the latest example of this investment plan, as Spotify plans to spend up to $500 million in 2019 on podcast production. This move directly positions Spotify against Apple Music who’s the leader in podcast consumption.

Additionally, the concept of bundled services is becoming more of a viable option, most recently with Verizon’s announcement that some of its top-tier data plans would include a free Apple Music subscription. The bundling of music streaming services is another way investors see potential growth and expansion within the industry.

“Music and video streaming bundles seem like an obvious extension of one another, as both are becoming increasingly oriented to mobile devices,” said Dan Nathan, Principal of RiskReversal Advisors and trader on
Fast Money
.

“The most obvious combination would be for Netflix and Spotify to merge and take out a ton of marketing and admin costs, especially as the US market matures and price increases will be harder to push through, but International expansion will be the story for the next ten years. Netflix could get Spotify margins in a bundle much higher.”﻿

This concept of bundling is not just coming from the brain of Wall Street, but also of the music industry itself, which understands that streaming is the future of the music business.

Robert Reynolds, manager of the iconic American rock band The Killers, suggests that bundling music streaming services with television or video streaming providers could return the music industry to its glory days by charging a premium rate as low as $4.

“This modest fee for all-you-can-stream music needs to become universal,” says Reynolds. “The free tiers on music streaming services is important as a step, but advertising income on the free tier is not sufficient. Those who write and record music consumed and appreciated by millions of people deserve fair compensation, and there is no way to be sufficiently successful as quickly and organically as by bundling. Whoever is first to bundle with a related service that everyone uses is going to be very successful and save the music business.” 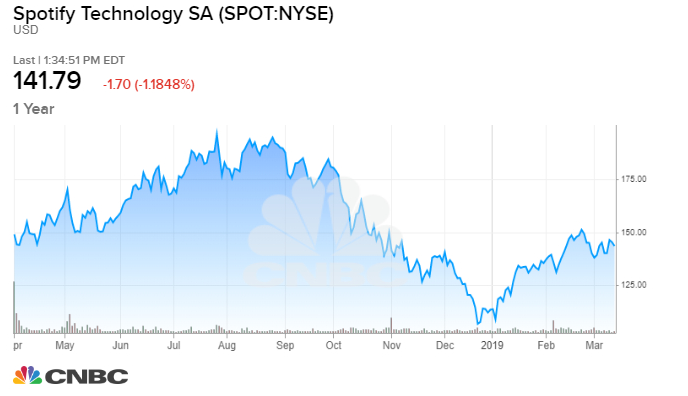 “Everyone wins if the best streaming service premier tier is bundled with another bill everyone pays,” added Reynolds. “They meet the demands of consumers by gaining such a broad platform that their price decreases and the near monopoly size makes the social aspects of sharing playlists more valuable to consumers. The algorithms also become better by the greater number of consumers. Artists will be paid more because the streaming service who appropriately bundles will have many, many more subscribers.”

Music streaming is a growth story, and as its upwards trajectory has no end in sight, the key to domination lies with original content and bundled services.

Leaders of Alibaba, Google, IBM and Others Share What You Need...

Investors Can Only Trade Venezuelan Petro to Crypto if Bought in...