If only the rest of GE could follow suit…but that’s another story.

However, much of the unit’s recent success has been thanks to CFM, its joint venture with Safran that produces the LEAP engine — the engine used on the Boeing (NYSE: BA) 737 MAX series of planes. As you probably know, those are the planes that have tragically crashed twice in six months, first in Indonesia and more recently in Ethiopia. The news has already sent Boeing’s stock plummeting. But here’s why it might not affect GE Aviation…or, by extension, General Electric as a whole. 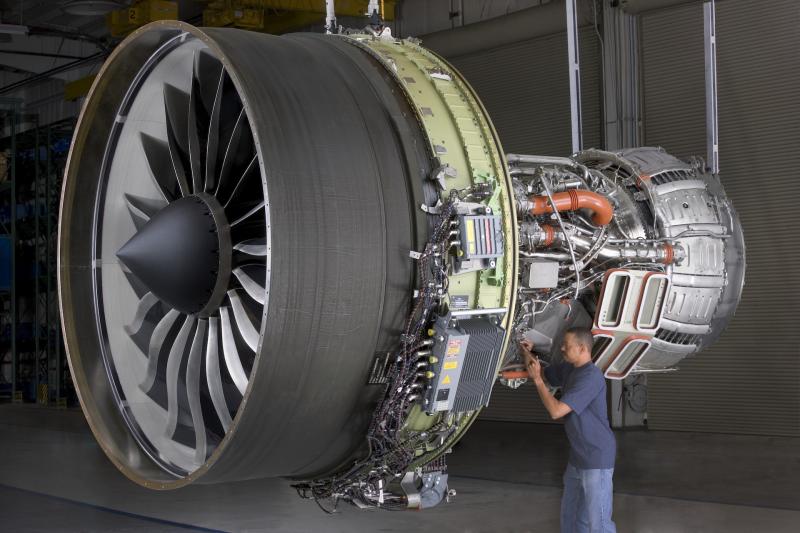 The Boeing 737 MAX line has outsized importance to GE Aviation for two reasons.

First, it is — or at least, was until last week — one of the best-selling airplanes in the world. Lately, airlines across the globe have been eschewing wide-body (two-aisle) jets like the Boeing 747 in favor of narrow-body (single-aisle) planes like the 737 and Airbus ‘ (NASDAQOTH: EADSY) also-popular A320 series.

But the real reason the 737 MAX line is so important for GE is that unlike the A320, the 737 MAX uses CFM as its exclusive engine supplier. On some airplane models — including the A320 neo — customers can select which engine they want on their plane, choosing from various manufacturers’ offerings. For example, when ordering an A320 neo, you could go with CFM’s LEAP-B engine or Pratt & Whitney’s PW1100G-JM engine. When you order a 737 MAX, you have no choice: You get a CFM engine and GE gets paid.

It’s worth noting at this point that nobody seems to think that CFM’s engines had any role in the recent 737 MAX crashes, so there shouldn’t be any liability issues for GE. Far more concerning, though, would be if customers stopped buying the 737 MAX because of the crashes.

Already, some airlines — including Lion Air, Garuda Indonesia, and VietJet — have suggested there’s a “possibility” they will cancel their 737 MAX orders. But that’s a far cry from definitely yanking the orders. The companies that have gone on the record with such concerns account for about 450 orders of the 737 MAX.

But Boeing has 2,600 737 MAX orders on its books, many of which won’t be delivered for years. Unless and until airlines start actively pulling their orders — which likely wouldn’t happen until a full crash report is available from the Ethiopian crash, and that could take months — it’s premature to be concerned. True, Boeing has temporarily suspended deliveries of its 737 MAX, but production is continuing, so this shouldn’t cause any issues for GE…at least for now.

It’s too early to worry about the potential impact on GE Aviation from lost 737 MAX sales, but let’s assume the absolute worst possible scenario: Tests turn up a flaw in the planes that can’t be fixed without fundamentally altering the design, the plane needs to be reengineered from the ground up, and all 737 MAX orders are immediately canceled (for the record, this scenario is incredibly unlikely). How would GE Aviation be impacted?

Well, even in this worst-case scenario, GE probably wouldn’t lose out too badly. After all, those customers will still want to buy airplanes, just not 737 MAX jets. In fact, Kenya Airways has already stated it may look at the Airbus A320 neo, while other airlines have openly pondered switching to wide-body Boeing jets. However, switching to an A320 neo could cause unacceptable delays for buyers that chose to go that route, because Airbus has a huge backlog of the planes, and no delivery slots are available for at least a few years.

Nothing to see here

Anything less than a complete cancellation of the 737 MAX is unlikely to have much of an impact on GE. There’s already a huge backlog of orders that the company’s CFM joint venture is working through, which should keep the company busy while Boeing figures out how to fix any problems that exist with its popular aircraft. And even if the worst-case scenario happened, CFM is still likely to capture a majority of the business from customers who switch their orders to different aircraft.

The bottom line is you shouldn’t let this affect your thesis on General Electric.

10 stocks we like better than General Electric
When investing geniuses David and Tom Gardner have a stock tip, it can pay to listen. After all, the newsletter they have run for over a decade, Motley Fool Stock Advisor , has quadrupled the market.*

David and Tom just revealed what they believe are the ten best stocks for investors to buy right now… and General Electric wasn’t one of them! That’s right — they think these 10 stocks are even better buys.

Jeff Bezos Did What?! The Week In Entrepreneur News Quiz

Do This by Jan. 15 to Avoid a Tax Penalty

Law That Saved the Bald Eagle Could Be Vastly Reworked

The market is recovering because earnings are not so bad