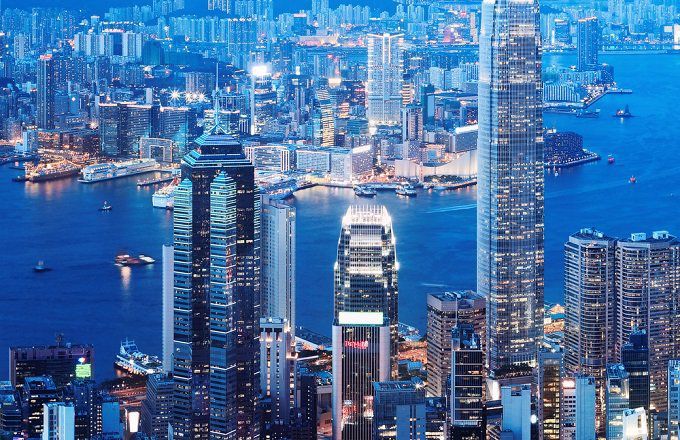 Hong Kong vs. China: An Overview

“The Hong Kong Special Administrative Region is an inalienable part of the People’s Republic of China.” —Article 1, Basic Law

Many people recognize Hong Kong—an international financial hub, business center, shopping paradise, and tourist destination—but are still unclear about its true identity. Is Hong Kong a de facto country or is it truly a part of China? As with many things in Hong Kong, the answer is not clear cut.

The relationship between Hong Kong and China is far more complex than most people realize. It involves politics, economics, trade, laws, and, above all, the people. “Hongkongers,” as they’re known, who lived for years under the influence and ways of former ruler Great Britain are wary about China’s intentions and indignant about the mainland’s meddling in its political affairs.

To understand the root of Hong Kong’s separation from the mainland, one must go back to the Opium Wars between Great Britain and China (1839–1860). During these military and trade clashes, China was forced to cede Hong Kong Island and a part of Kowloon to Great Britain in perpetuity. In 1898, Britain negotiated a major land expansion of the Hong Kong colony and signed a 99-year lease with China. The lease ended in 1997, at which time Britain returned Hong Kong to China as a Special Administrative Region (SAR) called the Hong Kong Special Administrative Region of the People’s Republic of China (HKSAR).

Under the doctrine of “one country, two systems,” China allowed the former colony to continue to govern itself and maintain many independent systems for a period of 50 years. The Basic Law defines the limited autonomy of Hong Kong.

Officially known as the People’s Republic of China, this East Asian country is the world’s most populous, with a population of more than $1.4 billion people. China is governed by the Communist Party of China, which has jurisdiction over 22 provinces, five autonomous regions, four direct-controlled municipalities, and the SARs of both Hong Kong and Macau.

China has the second largest economy in the world, at $12.2 trillion, after the United States, at $19.4 trillion, according to the World Bank. China built its economy on heavy industry development, ramping up the country’s industrial and service output over the years. Of late, consumer demand has driven growth. However, after a tougher 2018, in which the nation was embroiled in a trade war with the United States, the Chinese economy grew at its slowest pace in 28 years.

Chinese GDP in 2018 grew at a 6.6 percent pace, the slowest since 1990, the government said. China is forecasting 2019 GDP growth of between 6 percent and 6.5 percent. Many economists have stated that they are wary of the accuracy of China’s economic growth self-reporting over the years, however. Nonetheless, a Reuters poll of economists predicts Chinese growth to slow to a 6.3 percent pace in 2019.

Perhaps the most significant difference between mainland China and Hong Kong is that the mainland is communist while Hong Kong has a limited democracy. Both share the President of China as their chief of state. However, each has its own head of government: The premier is the head of mainland China, while the chief executive is the head of the Hong Kong Special Administrative Region.

Despite the separation in systems and rights guaranteed by the Basic Law, the mainland Chinese government does assert itself in local Hong Kong politics. In 2014, the region witnessed mass scale protests and demonstrations against China’s proposed reforms for electing the Chief Executive. Protesters complained that only those candidates who aligned their interests with China would be allowed to run.

Hong Kong also has its own legal and judicial systems (including a proprietary police force), district organizations (with no political power), and public servants, broadly based on the British common law model. However, for land tenure and family matters, Hong Kong reverts to the Chinese customary law model.

Key Differences in Military and Diplomacy

The Hong Kong Special Administrative Region may not maintain any separate diplomatic ties with foreign countries. The Office of the Commissioner of the Ministry of Foreign Affairs of the People’s Republic of China in the Hong Kong Special Administrative Region conducts all foreign affairs. Foreign countries may have consulate offices in Hong Kong, but locate their main Chinese embassies on the mainland. The citizens of Hong Kong carry a different passport from the citizens of mainland China. Both must obtain permission before visiting the other region. Even foreign tourists who visit Hong Kong must obtain a separate visa before entering China.

Key Differences in Taxes and Currencies

The principle of “one country, two systems” allows for the coexistence of socialism and capitalism under “one country,” which is mainland China. This principle has given Hong Kong the freedom to continue with its free-enterprise system, rather than merging into the communistic structure in China. Hong Kong has independent finances and the People’s Republic of China (PRC) does not interfere in its tax laws or levy any taxes on Hong Kong.

The region has its own policies related to money, finance, trade, customs, and foreign exchange. Hong Kong and mainland China even use different currencies. Hong Kong continues to use the Hong Kong Dollar, which is pegged under the Linked Exchange Rate System to the U.S. dollar. The mainland uses the Chinese yuan as legal tender. Merchants in Hong Kong do not freely accept the yuan.

Even in times of twisted diplomatic relations, the economic ties have remained strong between the mainland and its SAR. Hong Kong and mainland China boost each other’s economies, and the two have good economic relations.

[Important: Hong Kong, which is regarded as the world’s “freest economy,” can also be tagged as a “service economy,” as 92.7 percent of the gross domestic product (GDP) is constituted by this sector.]

The economy of Hong Kong has witnessed a tremendous transition in the past decade as services took a lead in the region with manufacturing shifting base to the mainland. The contribution of manufacturing (7.2 percent) in the GDP has shrunk over the years, while agriculture doesn’t contribute to the GDP, as Hong Kong is not rich in natural resources and depends on imports for food and raw materials. The service export includes services related to travel, trade, financial, and transportation. Overall, the Hong Kong economy is characterized by low tax rates, free trade, and less government interference.

The economy of mainland China is more dependent on manufacturing, although, in recent years, the service sector has started to pick up. However, the share of services in the GDP is much less than that of developed countries like the United States and Japan and also less than that of developing countries like Brazil and India. Agriculture constitutes around 10 percent of China’s GDP, while it is negligible in Hong Kong’s.

According to the Trade and Industry Department, HKSAR, mainland China is Hong Kong’s main destination for domestic exports (45.6 percent) as well as for re-exports (54.9 percent). It is also the biggest supplier of imports for Hong Kong (47.8 percent) and the main origin for re-exports (61.9 percent). According to the Ministry of Commerce, PRC, Hong Kong is the mainland’s fourth largest trading partner and one of its major export markets. Mainland China is also Hong Kong’s largest trading partner and source of Foreign Direct Investment (FDI).

Hong Kong in many respects is seen as a gateway to China for those who are interested in doing business on the mainland or accessing Chinese stocks or investments. According to HKTDC, the Hong Kong trade development commission, “among all the overseas-funded projects approved in the Chinese Mainland, 44.3 percent were tied to Hong Kong interests.”

The Hong Kong Stock Exchange has been the preferred destination choice for most Chinese companies looking to raise capital, as the mainland Chinese stock markets are more conservative and restrictive. As of mid-2018, the Hong Kong Stock Exchange listed 1,051 mainland Chinese companies, 50 percent of the total number on the exchange. In terms of market capitalization, these companies accounted for 56.9 percent of the stock market in Hong Kong.

In mid-November 2014, a program titled “Shanghai-Hong Kong Stock Connect” was launched, which establishes a cross-border channel for access to stock markets and investment. This arrangement allows investors in these regions to trade specified companies listed on each other’s stock exchange through their local securities firm. With this plan, around 568 companies in the mainland will be available via Hong Kong. Until now, there was no direct access for individual investors in Hong Kong (or overseas) to Chinese stocks.

More of Us Focused On Losing Debt Than Losing Weight

What’s the Difference Between the Equity Market and the Stock Market?