This good news pushed shares of Lululemon to an all-time high on Thursday. But while the company’s results were certainly impressive, the stock carries a lofty valuation that leaves little room for error. Shares of Lululemon now trade for around 43 times adjusted earnings.

Lululemon can still generate market-beating returns if rapid earnings growth continues. But that requires the brand to remain in vogue with consumers, something that the company has struggled with at times in the past . 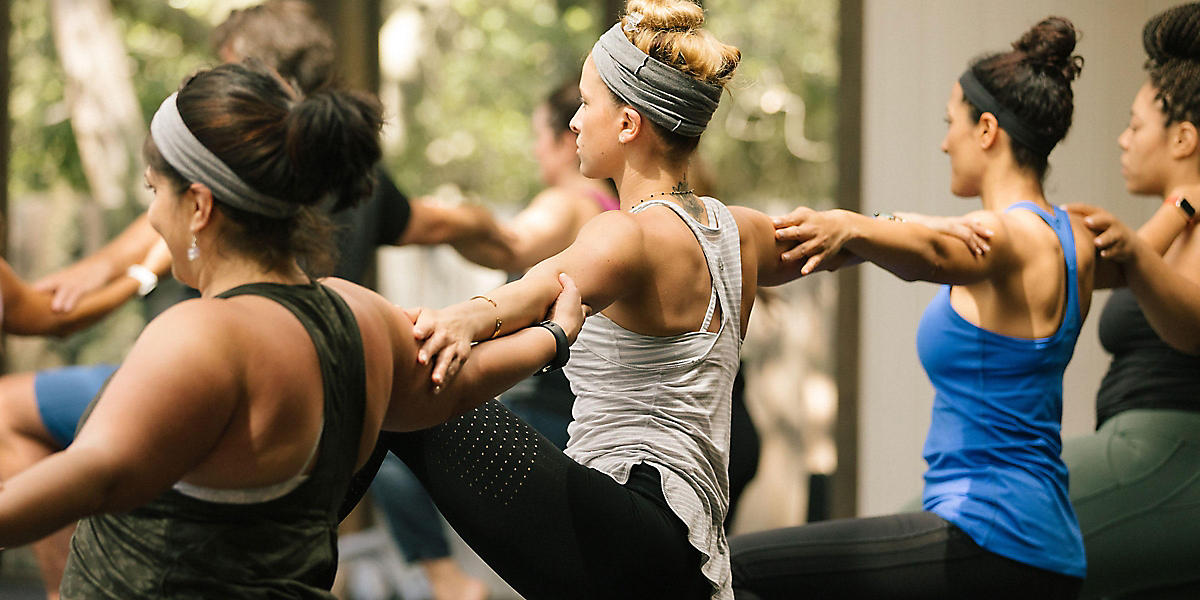 There’s another fast-growing activewear brand that’s putting up impressive numbers, and it’s part of a company that trades at a depressed valuation. I’m talking about Champion, owned by Hanesbrands (NYSE: HBI) . If you’re looking to bet on the activewear trend but unwilling to pay a hefty premium for Lululemon, Hanesbrands is the answer.

Hanesbrands is best known for Hanes, a leading brand of men’s underwear, socks, and other basic apparel. But activewear is becoming an increasingly important part of the business. Activewear accounted for 37% of total revenue in 2018. Hanesbrands sells some activewear under the Hanes brand, but its core activewear brand is Champion.

Champion is a 100-year-old brand that’s seeing a surge in popularity. While Hanesbrands’ innerwear business has been stagnating, growth in activewear, and Champion in particular, has helped pick up the slack.

Champion generated $1 billion of sales back in 2017. Its growth since then has been impressive. Champion revenue soared 36% in 2018, and Hanesbrands expects it to grow another 29% in 2019. The company has set a goal of reaching $2 billion of Champion revenue by 2022, and it’s ahead of schedule so far.

These numbers exclude C9 by Champion, a line of Champion-branded clothing sold exclusively by Target . Target has opted to drop that line after its contract ends in 2020, likely to focus on its own private-label brands. In the trailing-12-month period prior to Target’s decision, C9 generated an additional $380 million of revenue for Hanesbrands.

Losing the C9 contract stung, but the Champion brand isn’t missing a beat. Hanesbrands set its $2 billion revenue goal prior to the C9 news, and the brand should have no trouble hitting that target even without that additional revenue.

Hanesbrands overall isn’t growing all that fast, but the company did have an exceptional fourth quarter . Organic sales grew by 6% adjusted for currency, the best result in years. The domestic innerwear business trod water while Champion and the international segment grew.

Hanesbrands isn’t a growth company like Lululemon, so it shouldn’t be priced like one. But the market has gotten way too pessimistic, especially given the long-term growth potential of Champion. Hanesbrands stock trades for just 10 times the company’s earnings guidance for 2019. And that’s after a 40% surge so far this year. The stock was a screaming bargain in December.

10 stocks we like better than Lululemon Athletica
When investing geniuses David and Tom Gardner have a stock tip, it can pay to listen. After all, the newsletter they have run for over a decade, Motley Fool Stock Advisor , has quadrupled the market.*

David and Tom just revealed what they believe are the ten best stocks for investors to buy right now… and Lululemon Athletica wasn’t one of them! That’s right — they think these 10 stocks are even better buys.

Cannabis ETFs and Stocks May Be Next Shoe to Drop After...

Your Odds of Being Approved

Dutch Court Rules That Bitcoin has “Properties of Wealth”

McAfee to Launch Decentralized Token Exchange With No Restrictions

How Are Corporate Bonds Taxed?

It is shaping up to be a good week for earnings