When any company becomes extremely large and profitable, it’s often (though not always) the case that it begins to focus more heavily on capital return programs. Such programs, which generally consist of a mix o f dividends and share repurchases, allow a company to put its free cash flow to work in trying to further enhance shareholder value.

Beginning in 2012, Apple (NASDAQ: AAPL) has been very serious about its capital return program. The company pays a significant and growing dividend and has spent a veritable fortune buying back its own shares to significantly reduce its share count. 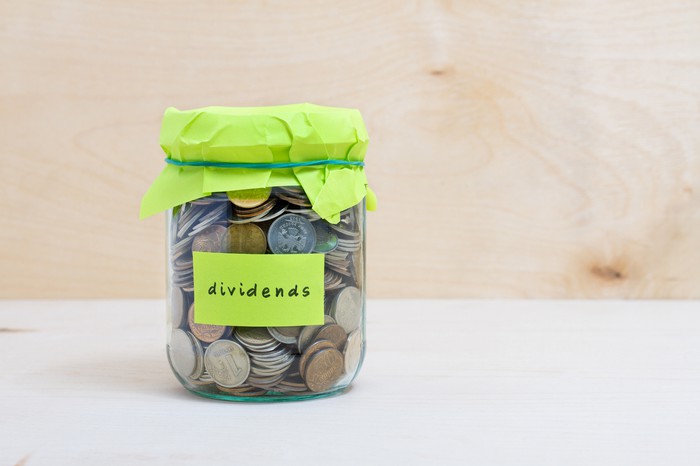 Coincident with its nex t earnings release on April 30, Apple is set to announce the next evolution of its capital return program. Here are two big things that I want to see.

Apple has done a good job of increasing its dividend at least once per year, and the company seems determined to keep that winning streak alive. A robust dividend program makes a stock attractive for two important reasons. First, it allows investors to enjoy a dependable stream of income — something that’s particularly important for retirees or those looking to build passive income streams in order to retire. Second, it gives income-oriented investors confidence that they’re going to receive raises each and every year.

Apple executives haven’t been shy about the fact that the dividend plays second fiddle to the share repurchase program, but even still, the company does tend to give decent dividend raises each year. Last year, for example, Apple bumped its quarterly dividend payout to $0.73 per share, a nearly 15.9% bump.

Now, sadly, Apple’s business has been experiencing some turbulence, as its latest iPhone product line hasn’t been performing as hoped. In fact, as a result, analysts expect that Apple’s revenue is on pace to drop 3.9% in 2019 with earnings per share (EPS) following suit with a 4.3% decline.

The good news, though, is that Apple allocates a relatively small portion of its free cash flow (dividends are generally paid from free cash flow) to the dividend as it is. The current dividend stands at $2.92 per share, and the company’s trailing-12-month free cash flow, by contrast, is a whopping $12.64. This means that even if Apple’s free cash flow drops a bit over the next year, it’ll still likely generate more than enough to fund a healthy dividend increase.

To that end, I’d like to see a significant boost in the dividend. Not only would that make the stock more attractive to income investors (Apple’s curren t dividend yield is just 1.53% as of writing), but it would send investors a signal that management is confident in its future, since, after all, dividends represent long-term commitments to shareholders.

What’s going on with the buyback?

I have little doubt that Apple bought back additional shares over the course of its most recent quarter, so the amount that it’ll report having left on the program within the next month or so should be quite a bit less than $62.7 billion. Nevertheless, even if Apple were to buy back shares at double the pace that it did in its most recently reported quarter — meaning that it bought $16.4 billion worth of stock — it’d still have $46.3 billion left on the current authorization.

With that in mind, I think that Apple’s next capital returns announcement won’t be too aggressive on the buyback. At most, I expect the company to add perhaps $50 billion to its existing authorization so that it has enough firepower in the program to be able to return all of the free cash flow that it generates over the next 12 months plus some extra.

Some investors prefer that a company focus heavily on share repurchases — which, if done right, have the effect of juicing a company’s EPS — while others care more about income. Apple has bought back a lot of stock and it still has plenty of capacity to keep gobbling up shares, so I am confident about that part of the equation.

What I also want to see is continued, meaningful growth in the company’s quarterly dividend payments, as there are plenty of income investors who would appreciate Apple not letting up on the dividend, even in the face of turbulent business conditions.

10 stocks we like better than Apple
When investing geniuses David and Tom Gardner have a stock tip, it can pay to listen. After all, the newsletter they have run for over a decade, Motley Fool Stock Advisor , has quadrupled the market.*

David and Tom just revealed what they believe are the ten best stocks for investors to buy right now… and Apple wasn’t one of them! That’s right — they think these 10 stocks are even better buys.

Consumers are America’s not so secret weapon to lift economy

Zillow to launch buying and selling operations in Charlotte and Raleigh...

Dodd-Frank revamp in limbo as House, Senate refuse to budge

The two things that worry me most about 2018