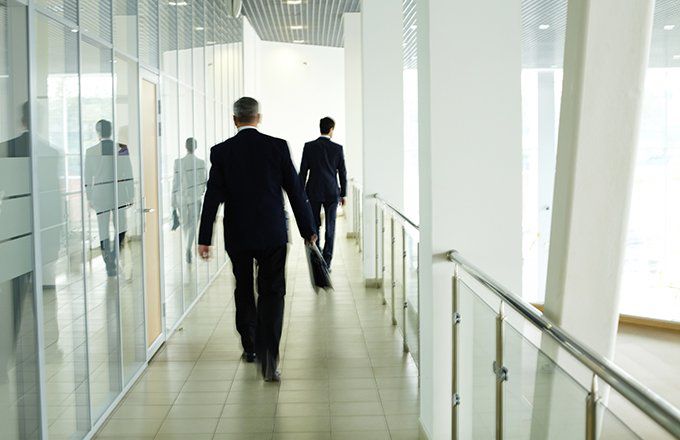 The typical investment bank is operated in a rigid, strict hierarchy, and more so than most corporate or financial institutions. In his book “How to Be an Investment Banker: Recruiting, Interviewing, and Landing the Job,” Andrew Gutmann likens the structure to the military; rank means a great deal, and there is even a distinct social status between some titles. There is some evidence to suggest this is changing, however.

The specific order or titles might vary a little from firm to firm, but the standard investment banking career order includes:

Non-U.S. investment banks are more likely to use different titles, including more director designations. For instance, the investment banking associate might be called an associate director, or the senior vice president might be a junior director or executive director.

Job descriptions and authority do not vary as much as titles. The investment banking associate at Goldman Sachs has, essentially, the same authority and responsibilities as an associate director at a London-based firm. This can be confusing when comparing investment banks to equity research operations because the titles of associate and analyst are flipped.

Nearly all entry-level analysts come from top schools and perform very well academically. Most start out with an investment bank on a two-year or three-year program, where they act as the grunts for higher ranking employees.

It was easier to start out as an analyst during the 1980s and 1990s, before firms across the globe adopted the same recruitment strategy; many came from other financial firms or analytical backgrounds. Today, most investment banking analysts are very young and very raw but have outstanding credentials and an eager attitude. Too much experience in other work often leads to the dreaded “overqualified” label and being passed over for a recent master’s degree student.

Many analysts are colloquially referred to as “monkeys” by higher-ups, and most spend their days following orders from associates and directors. The life of an analyst is filled with Excel, PowerPoint, research and very little sleep. This role is part analyst, part computer technician and part secretary.

The base salary for the average first-year analyst is approximately $70,000 as of April 2019, according to Wall Street Oasis. With bonuses and other compensation, many make six figures and can even make $350,000 by the end of their third year.

If an aspiring investment banker does not go the traditional route, the associate level is the most likely gateway. Most still come from top MBA programs or were groomed as analysts for a few years, but some are impressive performers in other roles at other financial firms, particularly equity research.

Analysts spend most of their energy keeping their heads above water and relentlessly crunching numbers. It is not a stretch to say the most important traits are analytical skills and endurance. Associates still need these skills, but their focus shifts to communication. Specifically, an associate needs to process communication between senior bankers and their teams of analysts, and he or she spends a great deal of energy smoothing things over.

A vice president is the most junior of the senior bankers and, as far as clients and higher-ups are concerned, carries the first legitimate title. He is treated as an individual with his own thoughts and opinions.

The life of an investment banking vice president centers on two responsibilities: completing pitch books and managing client relationships. Neither of these is an easy transition, especially for associates who mastered the analytical side but do not have the requisite social graces.

For a normal deal, a VP coordinates a team of associates to put together a pitch and spends his days speaking to clients constantly. Most of the responsibility is delegation, much like a head coach, rather than getting into the nitty-gritty. The most valuable thing a VP can do is develop lasting, strong relationships with clients and senior bankers, but it is also crucial to find a few associates to lean on when time is of the essence.

Salaries are more varied at the VP level than for associates and analysts. This is because the best VPs close bigger deals, and some banks happen to have more lucrative activity than others. Wall Street Oasis puts the average base salary at over $200,000, but the real money comes from bonuses, which can be higher than the salary in a good year.

Sometimes called an executive director or a principal, the senior VP slot is as high as most investment banking professionals get; some even spend their entire careers as VPs. Life as a senior VP is very different from life as an analyst, associate or VP, mostly because the responsibility shifts toward prospecting for new business.

Some banks may have different levels of junior directors or senior vice presidents, with the lower rungs operating like superstar VPs and the higher rungs like sidekicks to the managing director.

Work is not as glamorous or authoritarian as for the managing director, but it probably is not as stressful as for a new VP, either. Senior VPs are on the move a lot, almost like traveling salesmen, but they are well compensated for the effort. With bonuses, pay typically ranges between $400,000 and $1.5 million per year.

It takes a long time, a great deal of skill and even a little bit of luck to rise to managing director. These are the proverbial kings of the jungle: individuals who wield great authority and are responsible for the profitability of the bank.

The managing director has to know where all of the chess pieces are moving, how all of the deals are progressing, and what is going on with the political/economic environment. Only rarely, and with the most important cases, does the managing director take an active role in a deal. Instead, he rewards effective VPs and senior VPs, and removes ineffective ones. To take the military analogy, this is the general who stares at the big map and does not carry a rifle into the field.

Even the cheapest homes are waiting for buyers

Pros and cons of paying the IRS with a credit card