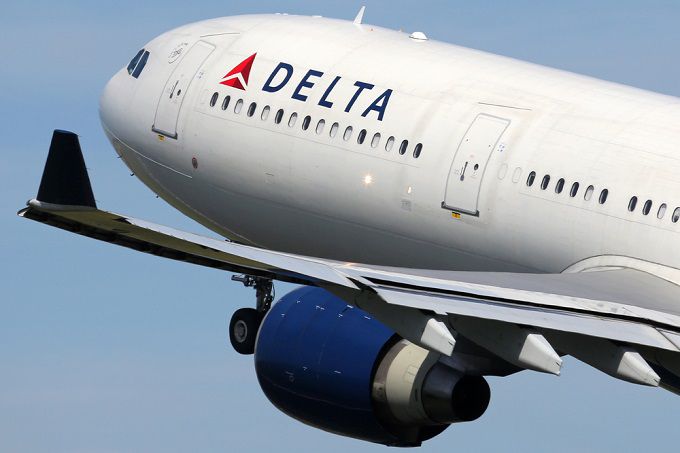 Delta Air Lines, Inc. (DAL) reports first quarter earnings on Wednesday, April 10, with analysts expecting earnings per share (EPS) of $0.91 on revenue of $10.40 billion. Delta shares ran in place in January after the airline met fourth quarter estimates but lowered guidance, and the stock rose about four points in February, marking the first quarter high. It has been on a bullish tear so far this April, gaining more than 10%.

However, price action has barely budged since a strong uptrend stalled at $51.06 in January 2015, adding fewer than seven points in more than four years. An annual dividend yield above 2% has added to those meager gains, but Delta stock has grossly underperformed the S&P 500 Index, which is true for all multi-national carriers with the exception of Southwest Airlines Co. (LUV). It will now take a rally through the mid-$60s for Delta shares to clear this heavy-handed tape and start a sustained bull run.

The current version of Delta’s stock came to life at $21.75 in May 2007 and eased into a descending channel that broke support at $11.50 in March 2008. Committed sellers took firm control into the July low at $4.00, ahead of a bounce that failed at a proportional retracement in January 2009. It broke the 2008 low in March, posting an all-time low at $3.51, ahead of a recovery wave that remounted new resistance a few weeks later.

This bullish price action completed a double bottom reversal, generating a buying spike into the lower teens, followed by sideways action that persisted into a 2013 breakout. The stock mounted the 2007 high at $21.80 in August of that year and took off in a powerful trend advance that continued into the January 2015 peak just above $50. It then eased into a sideways pattern, failing a fourth quarter breakout attempt before establishing support in the lower $30s in July 2016.

A breakout attempt after the presidential election also failed, yielding choppy sideways action that has crisscrossed the breakout level more than a dozen times in the past two years. It broke 14-month horizontal support at $48.50 in December 2018 but remounted resistance in February, continuing the four-year pattern of punishing trend-following bulls and bears. The stock is now trading close to the 2018 high, perhaps setting the stage for a fresh breakout attempt.

The monthly stochastics oscillator crossed into a buy cycle in March, predicting at least six to nine months of relative strength. This bodes well for higher prices, but clearing resistance at the rising highs trendline in the mid-$60s will take considerable buying power, which could be tough for an economically sensitive issue in the tenth year of an expansion. Delta’s fate may also depend on the outcome of U.S. trade talks with China and Europe.

The on-balance volume (OBV) accumulation-distribution indicator lifted above the 2014 high in 2016 and posted new highs in 2017 and September 2018. It held high in the multi-year range during the fourth quarter sell-off and bounced back to the high in February. OBV has returned to this level once again, completing an oddly impressive cup and handle pattern. It’s hard to make bold predictions, given multiple whipsaws in recent years, but this pattern may indicate strong demand that favors an eventual breakout.

The best entry for market timers will come when the stock fills the April gap between $52 and $54, which could happen quickly after a sell-the-news reaction. Conversely, buying pressure in reaction to strong results should have a tough time exceeding the lower black trendline and November high above $60. Although it sounds strange, a sell-off could yield a more rapid breakout than a rally to resistance, allowing the stock to build a base above new support at $52.

Delta Air Lines stock could rally after next week’s earnings, but it will take tremendous buying power to mount multi-year resistance now centered in the mid-$60s.

How to Publish on Investopedia’s Advisor Insights

Death, disputes and disgrace, but the TV show must go on

Homes more affordable than ever in many cities — but not...