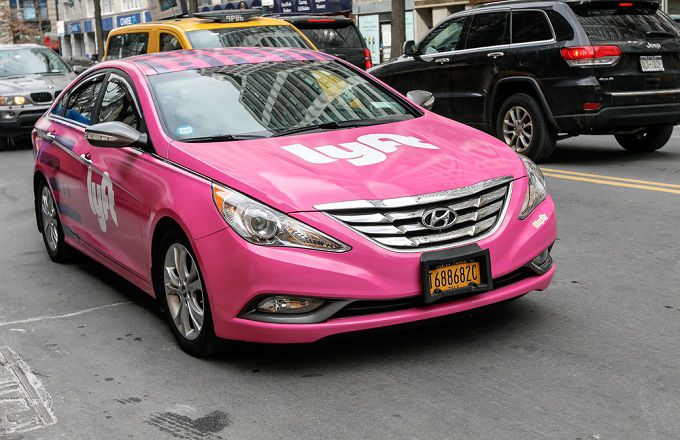 Short sellers have bet $937 million that Lyft Inc.’s (LYFT) stock will fall, according to a note from S3 Partners published Thursday. The report, one of two about Lyft from the financial technology and analytics firm this week, comes amid news that billionaire Carl Icahn sold his 2.7% stake before the offering.

Short sellers’ assault on Lyft threatens to further drag down shares of America’s number two ride hailing company, the first of the highly anticipated unicorn IPOs slated to go public in 2019. Lyft’s rocky start may signal a warning for investors as other unicorns, including Uber Technologies Inc. and Slack Technologies Inc. prepare to go public.

How Short Sellers Are Piling Into Lyft

Lyft short interest stood at $937 million on Thursday, with 13.38 million shares shorted. As of Tuesday, Lyft’s short interest as a percentage of float ranked it the 27th largest U.S. stock among companies with more than $50 million of short interest, and the second largest short in the U.S. trucking sector.

Short demand was so high at one point that Lyft had the highest U.S. stock borrow fee for stocks with over $50 million of short interest, according to S3. “We had seen rates top the 100% fee threshold earlier in the week, but have since seen the process of supply & demand float rates down to more reasonable levels. More lendable supply has hit the stock lending market which is more than offsetting the continued short selling demand,” wrote managing director of predictive analytics, Ihor Dusaniwsky. Stock borrow rates on new shorts are now in the 10% to 20% fee range.

“New IPOs often attract short sellers, who seek to capitalize on falling momentum after an IPO. Timing is the key, which is why short sellers are often willing to pay extraordinary borrow fees for IPOs,” said Sam Pierson, securities finance analyst at IHS Markit.

S3 Partners expects LYFT to be a significant short in the market for a long time, especially with analysts posting “sell” recommendations less than a week after its IPO. Dusaniwsky added that the “huge” short interest is “a lot more shorting than any IPO I’ve seen in a long time.” In Thursday’s note, he said, “We should see over $1 billion in LYFT short interest very soon and if the short selling trend continues, closer to $1.2 billion within a few weeks.”

Dusaniwsky explained that the short bet is coming from multiple angles. On the one hand, value investors see a disconnect between Lyft’s price and its profit potential, while momentum hedge funds are seeking to ride the falling stock lower, per CNBC.

On Wednesday, the same day S3 published its first report, news emerged that activist investor Icahn, a longtime backer of Lyft, sold his stake in the company before Friday’s public debut, per CNBC. The hedge fund manager’s stake in the company would have amounted to roughly $550 million at the IPO price at $72 per share. His exit fueled a debate as to whether the long-term story for the transportation as a service company, which has seen its losses widen, can justify its hefty value. Lyft has a market capitalization of $20.58 billion.

S3 Partners compared Lyft to recently public Levi Strauss & Co. (LEVI), which hit the market in March and Snap Inc. (SNAP), which debuted in March 2017. Short positions in Levi’s represented a mere 2% of float, as of Tuesday. Snap, which received a lot of initial short interest after its IPO, saw short interest fall to 20% of available shares 10 weeks after floating.

That being said, those who believe in Lyft and the ride sharing industry’s vision at large could view recent weakness as a prime buy-in opportunity.

“This isn’t like Snap, where you saw it fall apart after the IPO,” said Andrew Left, founder of Citron Research. “Ride sharing is a transformative business and there are two [dominant] companies. There’s no reason it couldn’t be a $200bn company,” added the prominent short seller.

3 Key Signs Of A Market Top

No one knows what to call the hottest cryptocurrency

Want to buy a house? This is how long you’ll have...