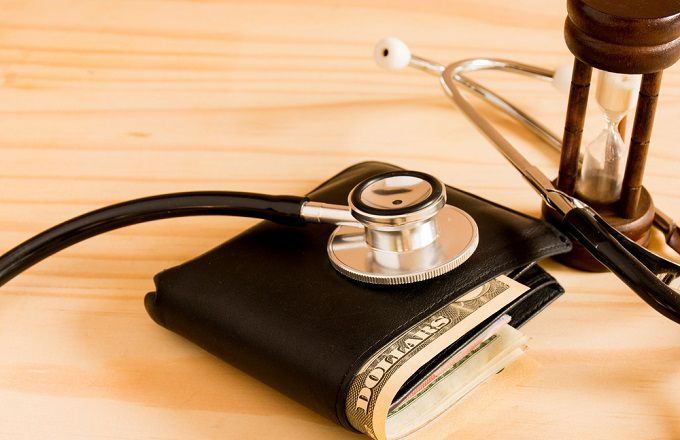 The health care sector dropped lower Wednesday on concerns about the rising probability for further government health care reform after the elections in 2020. Presidential candidate Bernie Sanders hosted a “townhall” interview on Fox News Tuesday in which he made an appeal for his Medicare-for-All plan, which polls well among American voters.

I recognize that my readers likely have passionate feelings about the Affordable Care Act (ACA) and other potential plans for health care reform. However, regardless of how you feel about the idea from a political perspective, the dollars and cents aspect of reform isn’t easy to correctly anticipate.

For example, when the ACA started to look more likely to pass in 2009 and 2010, the health care sector went through several rounds of selling as investors worried about its impact. Ultimately, the legislation wound up being a massive stimulus for the health care sector, which has grown more than 200% since its passage, because it increased demand for health care services.

I am not suggesting that I know a Medicare-for-All plan will be good for health care stocks because the ACA was. My point is that no one knows for sure how it will shake out this far in advance, so the reaction today seems overblown. This is where technical analysis can help because it is easier to identify likely levels of support and resistance where an overreaction may reverse.

In the following chart, I have used the Health Care Select Sector SPDR ETF (XLV) to represent the entire sector. As you can see, the price completed a small double top pattern during Wednesday’s selling. My estimated price target has been set just above $86 per share based on a Fibonacci measurement of the double top. This is roughly equal to two major pivots formed in October and March of 2018.

Although I suspect the health care sector is close to a support level, if Wednesday’s break is sustained on Thursday, then I expect that sellers could take prices all the way back to last year’s lows. The purpose of analysis like this is to make more objective estimates for where prices are likely to change when selling is based on fears of a possible electoral change nearly two years in the future.

As I mentioned in Monday’s Chart Advisor newsletter, the health care sector is a major component of the S&P 500, so poor performance is dragging on its returns. The Nasdaq and Dow aren’t immune from the troubles in health care either, as it represents 9% of the companies in the Nasdaq composite index and 12% in the Dow Jones Industrial Average.

I am more concerned about the fact that the health care sector is over-represented among small-cap stocks. For example, the Russell 2000 small-cap index has an allocation of 15.34% to health care stocks. This is an issue because small caps are already relatively weak compared to the large-cap indexes and have been unable to break resistance since the February highs.

From a technical perspective, small caps are at risk of a pullback right now, which could be triggered by the selling in health care stocks. This is a concern for investors with exposure to small caps, but I think we can also use this relationship to identify the right dip to look at small caps as a buying opportunity. For example, if health care stocks are oversold and rally at near-term support, that would be a signal that small-cap indexes are also at a stopping point and likely to move higher.

I have been encouraged by the recent bank reports. Including Bank of America Corporation (BAC), the bias seemed to be in favor of rising demand for credit and spending from consumers. There were a few issues at Citigroup Inc. (C), but otherwise, the outlook for mortgages and credit cards seemed to be improving.

However, today’s report from Bank of New York Mellon Corporation (BK) is a wake-up call that, regardless of consumers, the yield curve is still a big problem for the financial sector. Bank of New York stock was down over 9% today as its management warned that the narrow yield curve will lower revenue and earnings this year. A flat or inverted yield curve is a problem for banks because it reduces the difference between the interest rate at which they can lend versus the interest rate they pay, which is called the net interest margin.

As you can see in the following chart, the selling in Bank of New York is following a similar pattern that has formed this quarter. Stocks that have reached the top of a consolidation range and subsequently miss expectations or lower their outlook in their earnings report experience a larger-than-usual correction to the downside. The Bank of New York Mellon report was bad, but the stock looks like it fell so much because traders had stops under the prior low at $50 per share, which would explain why the selling accelerated at that level when the stock opened just under $50 per share.

Whether you love or hate the ACA and the prospects of further health care reform, the potential for change is hitting prices hard this week. I would expect volatility in the health care sector and the major indexes to be elevated in the short term, but a rebound at support could be a new buying opportunity. Earnings continue to be mixed – despite Bank of New York’s negative report, the data still looks positive for consumer financing and spending, so retail is likely to remain attractive.

Rajan sees room for disagreement between RBI and government

Is the buyback surge over? Don’t bet on it

Apple has to hold this key level for it to be...